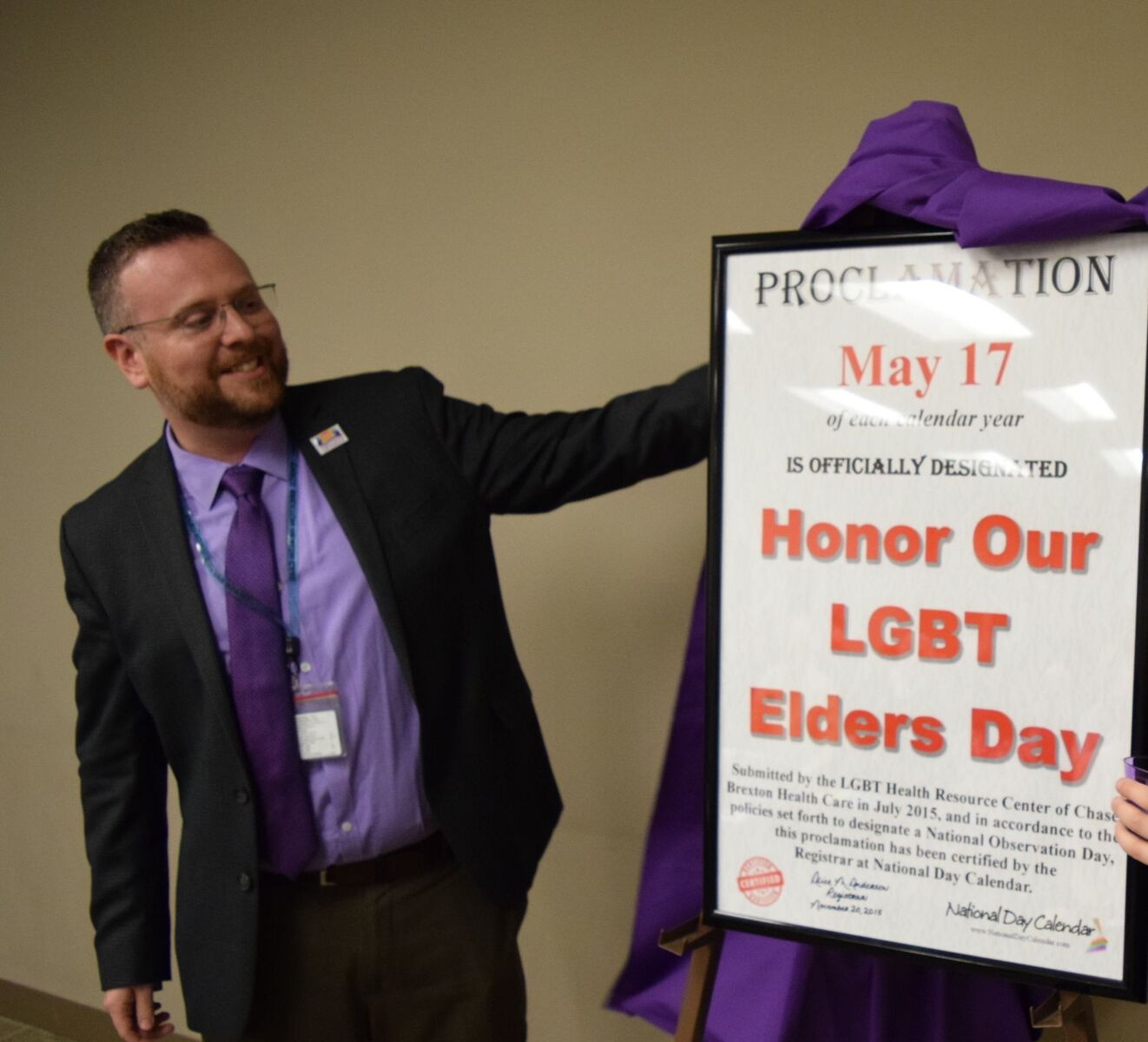 When I joined the LGBT Health Resource Center of Chase Brexton Health Care in Baltimore in 2017, there was a whirlwind of activity and information ahead of a May event: the second annual celebration of National Honor Our LGBT Elders Day.

I was immediately invited into a special group with an amazing focus on honoring those that became before us. As a 61-year-old lesbian it was inspiring, invigorating, motivating and just right. It began as a vision for a day that recognized and honored our LGBT Elders. That idea was prompted by the Center’s director at the time, Nate Sweeney, who understood that most senior centers and groups organized activities around national days of recognition, but that the LGBT elder community had not been recognized with their own day.

In 2015, there were an estimated 3 million LGBT people over the age of 55 throughout the U.S. How we care for them, and the importance of caring for them in environments sensitive to gay culture—which most elder care facilities are not—is an emerging concern only now beginning to receive attention.

Many of us will eventually come in contact with, or require services from, aging resources. It made sense to ensure there was at least one day that made us visible in our journey: National Honor Our LGBT Elders Day, May 16, which was officially added to the National Day Registry through the efforts of the LGBT Health Resource Center.

The first National Honor Our LGBT Elders Day in 2016 was celebrated with a photography exhibit at Chase Brexton’s Mt. Vernon Center, “To Survive on this Shore.”

“Representatives of older transgender people are nearly absent from our culture and within artistic realms, and those that do exist are often one-dimensional,” artists Jess T. Dugan and Vanessa Fabbre said at the time. “To Survive on this Shore combines photographs of transgender and gender-variant people over the age of 50 with interviews about their life experiences in regard to gender, identity, age, and sexuality.”

During the event, we honored members of our local community who participated in the project with a commemorative pinning ceremony, a part of the celebration which has continued each year since.

The 2017 celebration, my first, was life-altering, fun, emotional and unforgettable. Held at a local leather bar in Baltimore, the event included the first unveiling of an Elders Day banner designed by local artists Xander Dumas and Elliot Moonstone. Diverse members of the community shared stories about an LGBT Elder who made a difference in their and/or the lives of others. A practice we have continued.

That year also marked the first time that National Honor Our LGBT Elders Day began gaining national recognition, with a number of media outlets promoting the day and similar events getting started in other cities.

The following year, in 2018, Baltimore’s National Honor our LGBT Elders Day celebration was hosted by Single Carrot Theater during their run of “Peter Pan.” As part of this partnership, the playwright of the show and Single Carrot performers met with elders present prior to the event to gather stories and perspectives of aging in the hopes of honoring their histories within the play. The Single Carrot company and cast also performed a scene from the production.

Greater recognition of National Honor Our LGBT Elders Day continued to spread across the country, with a few more events planned in other cities. Notably, Lily Tomlin gave a shout-out to the day on her social media, helping spur even wider awareness.

The Center’s new director, Sam McClure, joined us in time for the 2019 event, which took place at another Baltimore theater, Center Stage. As we planned our celebration, Sam had many of the same questions I recalled having a few years earlier. I could explain the structure of the event but found it more difficult to describe the magic that happens just a little differently each year.

The Baltimore celebration at Center Stage included a performance by the New Wave Singers, a local LGBT mixed chorus, the traditional pinning ceremony and storytelling. But we were especially inspired by the growing number of National Honor Our LGBT Elders Day celebrations around the country, and the day of recognition’s support across social media, which included a shout-out from actor and advocate Wilson Cruz.

This year, despite the challenges we all face, we will continue to be resilient and celebrate National Honor Our LGBT Elders Day virtually.

On Saturday, May 16, I hope you will share and celebrate stories of LGBT elders that have touched your lives. We’ll be going virtual this year with videos and retrospectives. Visit www.lgbtelderday.org and our Facebook page for information on how you can participate.

In these times of uncertainty and change, the lessons we can learn from our LGBT elders are more important than ever. There is no better time to listen to their stories, learn from their experiences, and let them know the enormous impact they have had on all of our lives on May 16.