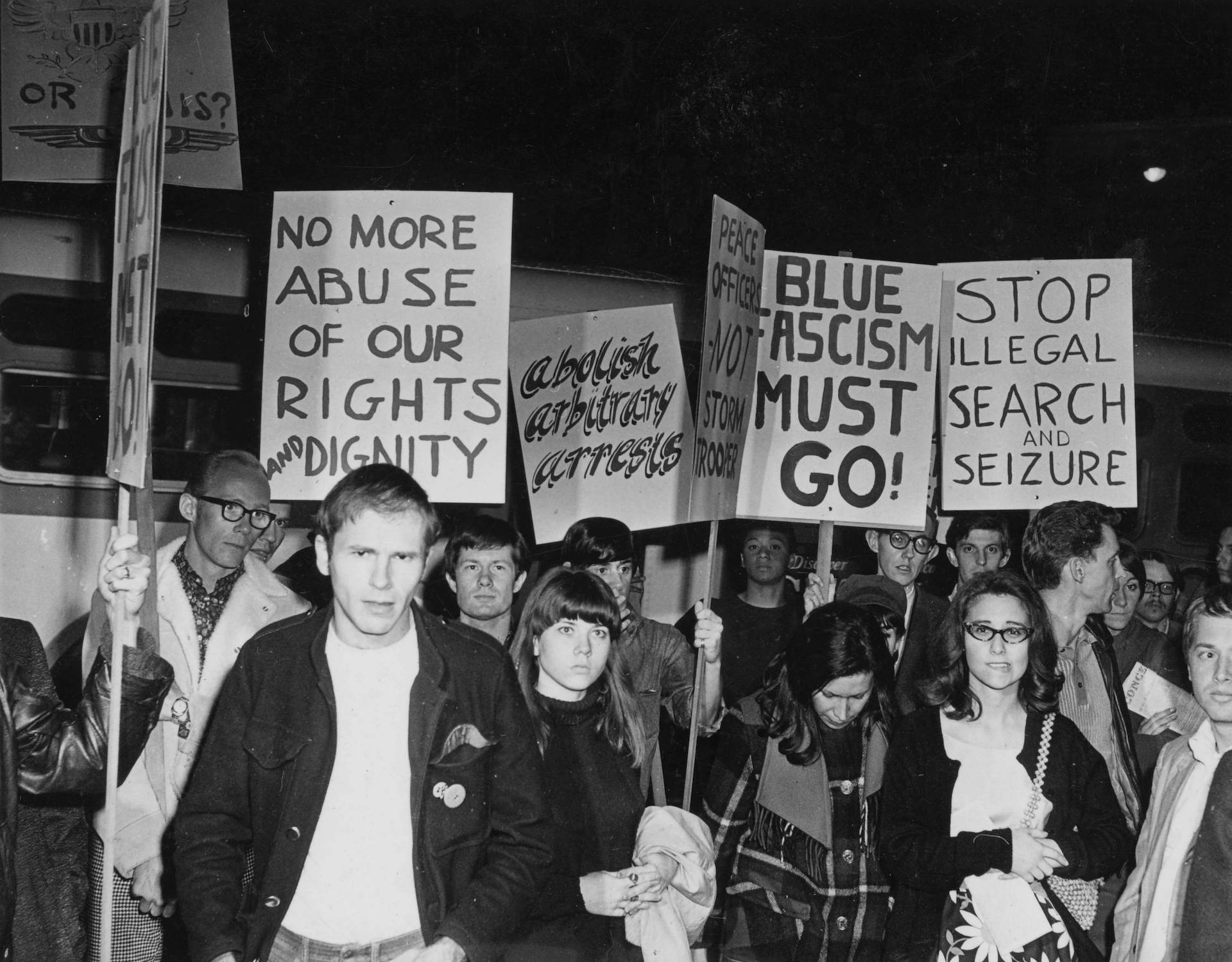 Los Angeles – Michael Bedwell writes on the site Lgbtqnation.com that the notion that patrons rioted during a police raid on the Black Cat bar in Los Angeles on New Year’s Day 1967 is myth. Rather the raid lead to a somewhat closeted demonstration in front of the bar on February 11th, 1967. Bedwell says, “When cops wreaked havoc at the Black Cat Tavern, history labelled it “a riot” … but what really happened there? If one takes the time to look behind the curtain, one begins to wonder if it could have simply started as an autocorrect mistake – “Black Cat raid” to “Black Cat riot” – a mistake that became a meme and kept spreading like a bad cold. One would think someone might have noticed the absence of anyone claiming to have thrown the first shot glass or brick or rock or shade heard ‘round the world. Even Sylvia Rivera didn’t claim to have been there.”

“While accounts of some details vary, we do know that, during a time of virtual warfare by the LA police department against all minorities, against anyone who deviated from the status quo, there was a Trojan Horse-like raid on the Black Cat that New Year’s. Plainclothes undercover cops had mixed in with the regular patrons, waiting eagerly for the first cue to start arresting people and summon waiting reinforcements. When they did, it escalated almost immediately into unprovoked brutal physical assaults, which then spread to the bar next door. One of the officers started tearing down Christmas decorations in a frenzy, and another pulled out a gun.

“I’ve been unable to trace who first claimed the patrons rioted. … Alexei Romanoff, who was around at the time and often speaks about the event, says there was no riot. Friends of the Black Cat member Wes Joe, one of those who convinced the city in 2008 to designate the Black Cat space as a historical-cultural monument, says there was no riot. Late legendary activist and historian Jim Kepner, the lead organizer of the [February 11th demonstration], said nothing about a riot. [Speaking about the demonstration in 1970, Kepner said] ‘The owners of [straight nightclub / coffeehouse] Pandora’s Box had started the general protest against police brutality and … called for other minorities [blacks, Latinos] to join [with simultaneous separate protests in other areas such as Watts]. We arranged our demonstration to coincide with the others, but the owner of Pandora’s Box made several attempts to have us call off our demonstration when he discovered that the word “homosexual” was going to be mentioned.’ So, under pressure, there was no explicit references to gayness in the Black Cat group’s flyer, speeches, or picket signs. [Nonetheless, Kepner closed his moving speech at the demonstration stating that] ‘Some of those organizing the demonstration on the Sunset Strip, who fight to defend the victims of police brutality on the Strip, have ordered us to hide our name. … The time has come when the love that dared not speak its name will never again be silenced.’” t (LGBTQ Nation – Michael Bedwell at Lgbtqnation.com/2019/10/black-cat-gay-riot-well-known-also-myth)