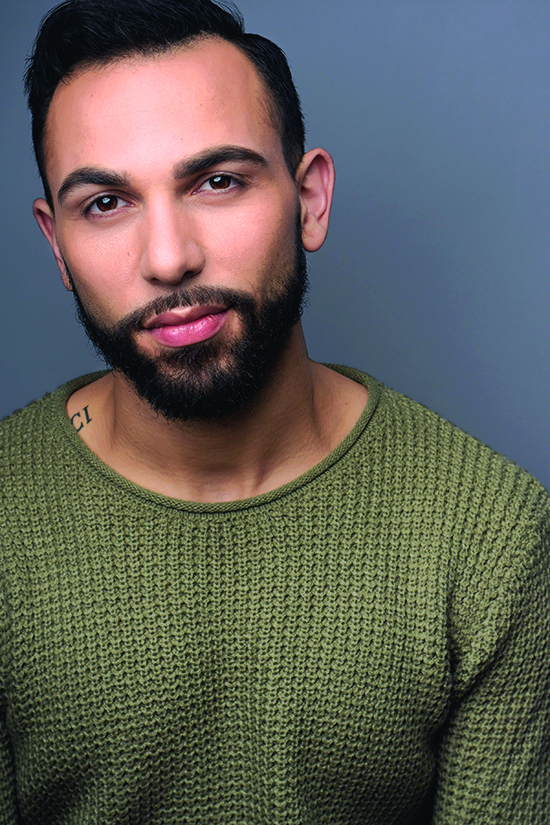 The Band’s Visit, the musical based on the 2007 Israeli film of the same name, will run at Baltimore’s Hippodrome Theatre from Tuesday, March 17th to Sunday, March 22nd. The 2018 Tony Award winner for best musical, The Band’s Visit rejoices in the way music brings us to life, brings us to laughter, brings us to tears, and ultimately, brings us together. The story unfolds in an Israeli desert town where every day feels the same, but something different is suddenly in the air. Baltimore OUTloud recently chatted with performer Danny Burgos who is excited for Charm City audiences to see the performance.

“We’ve got a very unique and interesting show on our hands,” began Burgos. “Audiences will find a performance that’s full of music and joy. It’s something that is going to inspire them to look at the similarities between themselves and other people, as opposed to the differences they share with other people.”

The Band’s Visit shares the story of Dina, a local cafe owner, who has long resigned her desires for romance to daydreaming about exotic films and music from her youth. When a band of Egyptian musicians shows up lost at her cafe, she and her fellow locals take them in for the night. Under the spell of the night sky, their lives intertwine in unexpected ways, and this once sleepy town begins to wake up.

Burgos continued, “The premise is summed up in the first ten seconds of the show. You sit down and there is this beautiful swell of Middle Eastern music, and it’s shared in this line, ‘Once, not long ago, a group of musicians came to Israel from Egypt. You probably didn’t hear about it; it wasn’t very important.’ That sums up exactly what happened. A group of musicians get stranded in Israel. You watch these people maneuver very mundane and human things that happen to people. As simple as missing a bus, or missing a connecting flight, and the person you sit next to becomes your best friend. It doesn’t make the news or change headlines, but sometimes it can change you forever.”

“The performance draws attention that one little grace note in the music can change your life forever,” Burgos added. “What touched me so much, when I saw it on Broadway, was how this performance says that you, the audience, probably didn’t hear much about this story because it wasn’t very important. There are a lot of times that moments in our lives don’t make headlines, but you are forever changed because of one moment that happened to you. We all have those moments whether from our childhood or as we were growing up. Those non-headline making moments forms us into who we are and that’s such a universal theme.”

As a swing in the performance, Burgos is classified more as a standby, however had to understudy seven different roles on stage. “I understudy five Israeli characters, and two of the Egyptian characters, as well. I had to learn both an Egyptian and Hebrew dialect, and words in Hebrew and Arabic, as well.”