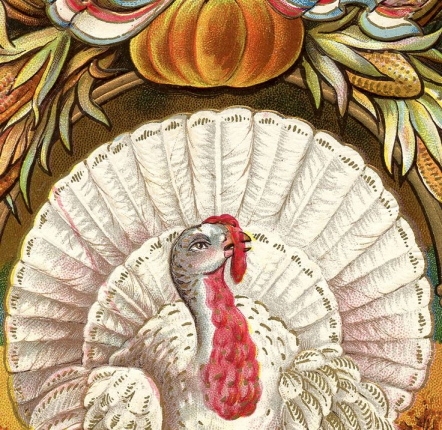 These days everything’s political, including Thanksgiving. It doesn’t take much research or study to know that there’s more to the Thanksgiving story than we were taught as children. A condensed history would suggest that the Pilgrims were terrible guests in a new land, stealing from and even slaughtering the Native Americans whose lands the Pilgrims claimed for themselves. As such, modern day Thanksgiving can bring with it an icky sense of guilt that makes some wonder if we should still be celebrating a holiday with such a sordid past.

While researching this article I came across some interesting perspectives on Thanksgiving and its history. Some historians believe we should acknowledge the atrocities and injustices of the past, but separate them from the present; the logic being that it is good to be thankful and that Thanksgiving has a very different meaning now than it did nearly 400 years ago. While this seems to be a fair compromise, it doesn’t completely erase the icky feelings I associate with terrible things like genocide. I began to wonder if I’d dug too deep and inadvertently ruined the holiday for myself. My research had brought up multiple articles from different sources, all with the same message: The Pilgrims despised the Native Americans, and the Native Americans weren’t very fond of the Pilgrims, either (and for good reason). This was the complete opposite of what I’d been taught in elementary school, that Thanksgiving was a celebration of friendship, a feast of the fruits of hard work and cooperation.

In reality, the two groups were brought together by extreme need, not friendship or appreciation of each other’s differences and contributions. Both the Pilgrims and Native Americans lived in harsh environments, braving the inhospitable New England climate and living under fear of hostile tribes in the surrounding areas. What we now think of as Thanksgiving was a feast celebrating the first successful harvest after a very difficult year. Half of the Mayflower Pilgrims hadn’t survived the first year, and over 90% of the Native American population had been wiped out several years earlier when British crews inadvertently introduced smallpox to the New World. Both groups were vulnerable and, despite their differences, were brought together by their common goal: to survive.

This, to me, is a meaning of Thanksgiving that is especially relevant to our modern lives. Like the Native Americans and Pilgrims before us, we too live in a harsh environment. Our country is divided and mistrust abounds; still, Thanksgiving is a time for us to reflect and find the things we are grateful for in this world, to realize that we are somehow surviving despite the odds. In doing so, we gain what we need to survive: Hope.

There’s another lesson that we can learn from the first Thanksgiving. That lesson is that when people come together to meet each other’s needs, wonderful things can happen. Now is the time of year when we feel the most generous. We give and show our thanks by volunteering and giving to those less fortunate than ourselves. For a season, we make an effort to take care of our fellow man, and it makes us feel good to do good things.

What if we did this year round? The family that is hungry in November will still need to eat when the holidays are over. There is a surplus of help around the holidays, but that help tends to wane as the year moves on. What if we each showed our thanks by contributing to a cause that is important to us? Small things can make a big difference.

Whether or not you agree with the politicization of Thanksgiving, I think we can all agree it’s good to be thankful and to share our thanks with others.