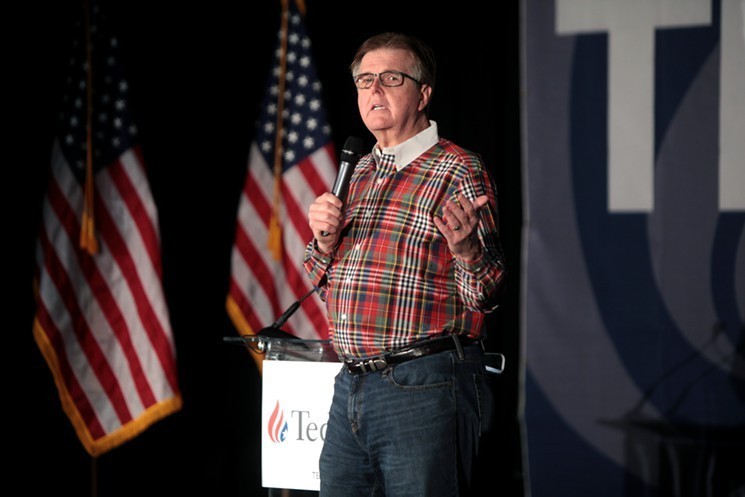 Austin – After losing the battle to get an anti-transgender bathroom bill passed through the Texas Legislature in 2017 Texas Lt. Gov. Dan Patrick this year has turned his attention toward getting a “religious refusal” bill enacted. A total of 15 religious refusal bills have been introduced in this session of the Texas Legislature. “But the mac-daddy of them all, the No. 1 threat and the one that Dan Patrick is pushing is Senate Bill 17,” Equality Texas’s Samantha Smooth said this week.

SB 17 has passed the Senate but the House and it has been sent to the House State Affairs Committee where it but does not appear to have as much support.

Even if SB 17 is defeated, Equality Texas Interim Executive Director Samantha Smooth said this week, “There are 14 other ones out there. And if we stop SB 17, I predict we will start seeing the others moving,” she said. “Our best defense is making sure that our elected officials understand that the LGBT community and our allies see this bill for what it is, which is a gigantic invitation to discriminate in all aspects of life, and make sure that they see we are mobilized. If they see that we are treating this bill with the same intensity and resolve we treated the bathroom bill with, that will make these lawmakers think twice about voting for it,” she added.

Texas’ business community, which can often lean to the right when it comes to politics, stepped up and spoke out en masse against Patrick’s bathroom bill in 2017. Many of them have started coming forward to speak against the religious refusal bill, too. “The business community was instrumental in defeating the bathroom bill in 2017, and they are already having an impact” this year in efforts to defeat SB 17, Smoot said. “It is extraordinary that all these pro-equality businesses have taken the bold step of publicly opposing these religious exemption bills. When Apple and Amazon and Google and others like them speak out, the lawmakers will listen.” t (Dallas Voice – Tammye Nash at Dallasvoice.com/sb-17-hasnt-passed-yet-other-bills-are-on-the-move)