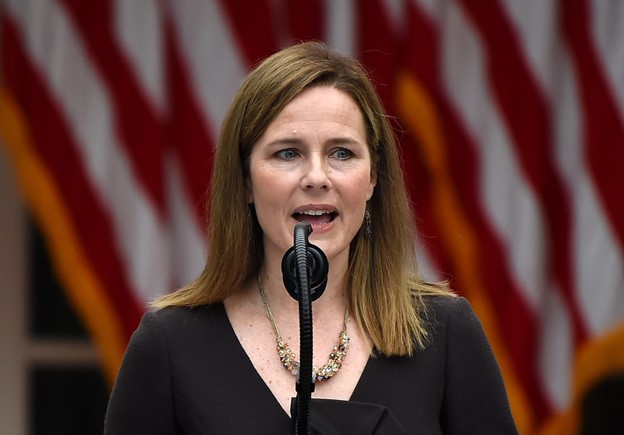 We had a major win this past year for LGBT rights, and this past weekend Donald Trump nominated Amy Coney Barrett for a lifetime appointment to the Supreme Court. Is this just part of the madness of 2020? How will this affect our community? The current decision on transgender rights was voted 6 to 3 so I don’t think it will change if a similar case is heard before the Supreme Court.

However, that does not help our community with other cases and our other rights. Barring an act of god, Amy Coney Barret will probably spend decades on the court, because she is only 48 years old. What does this mean for our community? What does it mean for the LGBT community at large? Only time will tell. So far, Neil Gorsuch has not been the demon from hell many expected. Hopefully, Amy Coney Barrett will take a similar course of jurisprudence.

With that being said, what can we do to protect ourselves now? I am not sure. The Supreme Court has always been like a pendulum that swings from right to left, or left to right. For a while it is liberal, then it’s conservative and back and forth it goes according to the times we live in. Trump nominating 3 justices seems like a lot, but this administration is not at the top of Supreme Court nominations. To wit, George Washington had 11 nominations, Franklin D. Roosevelt 9, William Taft 6, Abraham Lincoln and Andrew Jackson each had 5, Grant, Cleveland, Harrison, Harding, Truman, Nixon, and Regan, all had 4 each.

The biggest issue that concerns me is losing what we already have. However, the court being split 6 to 3 leaning conservative can give the LGBT community a lot of angst. We’ve had a long uphill battle and now we could slide back 50 years with three conservative appointments because these appointments shift the balance of the court even more to the right.

What we need now is another Ruth Bader Ginsberg, someone who will champion the rights of our community. If you don’t know her story as a lawyer let me tell you a little of what she has done for women. In the 50’s, 60’s and 70’s, women were treated as second-class citizens. Ms. Ginsberg wanted to push for women’s rights, however, with an all-male Supreme Court and the male chauvinist attitude of the country at the time, hitting the subject head on would not get her anywhere, according to Justice Ginsberg.

I recently listened to an NPR special where they talked about Justice Ginsberg’s time at the ACLU. Being top in her class at Columba Law and a great lawyer led her to find a case where men were discriminated against, and women were not. She thought she could sway a male court to conclude that discrimination was, indeed, based on gender. After the court agreed, she flipped it around and, by the same reasoning, argued that women were also discriminated against. In Craig v. Boren, 429 U.S. 190 (1976), she found the perfect case.

The case was based on an Oklahoma statute prohibiting the sale of “non-intoxicating” 3.2% beer to males under the age of 21 but allowed females over the age of 18 to purchase it. The statute was challenged under the Fourteenth Amendment’s Equal Protection clause violating the plaintiff’s civil rights. Justice Ginsberg submitted an amicus brief and was present at the counsel table during oral arguments before the Supreme Court. This landmark decision by the Supreme Court brought scrutiny to gender under the Fourteenth Amendment’s Equal Protection clause.

What she wanted was equal protection under the law based on sex. According to Justice Ginsberg, she made the argument about two things: first, about men instead of women, and second, about gender instead of sex because of the connotations that sex brought with it. She believed that an all-male Supreme Court would see discrimination against a man much easier than a woman.

This was only one of several cases she brought to give women the rights we enjoy today. We need our own Ruth Bader Ginsberg that can lead the charge for the transgender community and give us the equal rights that we deserve. We also need to band together as members of the LGBT community and act as a unified voting bloc. This would get us noticed by politicians. Instead, we each worry about our own little piece of turf and won’t notice when the whole rug is pulled out from under all of us. We don’t have our Ruth Bader Ginsberg yet, but we can’t afford to slip backward in time to 1970… when women could still be legally discriminated against. We can, however, stick together, stay vigilant, and be vocal about our rights. We will not let anyone take them away.”