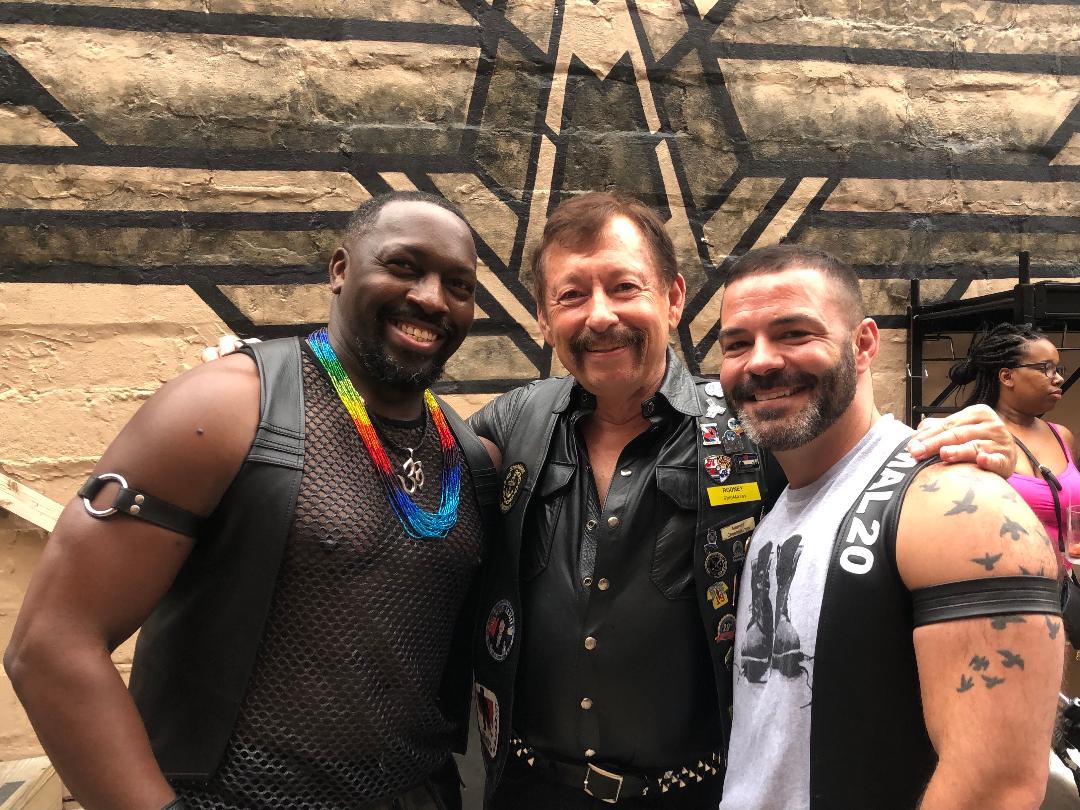 For the LGBTQ+ community, June means Pride Month. It is a time to remember and honor those proud people who fought for respect and equity. It is also a time to celebrate how far we have come. In June of 2019 my fellow ShipMate Club members and I participated and enjoyed area Pride events in Washington, Baltimore, Frederick, Westminster, and Annapolis. June of 2019 was a great Pride Month. I had a wonderful time. I do not need to tell you what happened in June of 2020. Everything was canceled. There was nothing to do but sit back and wait for June of 2021. It is a year later and not much has changed. With large events still canceled in our area, I took my vaccinated self out of the house and struggle to make the most of it.

I was thankful that many streaming services honored Pride month with LGBTQ-themed movies and documentaries. On my Sling TV (not the one in the basement.) I watched a six-episode series called “Pride” that covered LGBTQ+ history from the 1950’s through the 2000’s. On my Netflix I watched “Circus of Books” a documentary about how in 1976 a straight couple took over an adult bookstore in West Hollywood and turned it into the largest distributor of gay porn in the United States. After watching “ I Am Divine” , a very well-done documentary about Baltimore’s own drag superstar, I felt compelled to do something I’m ashamed to admit that I had not done in all my years living in Baltimore. I went to Divine’s (Harris Glenn Milstead) grave. I always knew that he was buried in Baltimore County, but for some reason I always thought it was way out in the country somewhere. His grave is in Prospect Hill Cemetery, 701 York Road in downtown Towson. It is just steps from Towson Circle and a short walk from Towson Town Center. I parked at the mall and strolled over there on a beautiful sunny day. Stepping away from the noisy traffic on busy York Road, I walked into this peaceful small historic cemetery and was greeted by a deer. It was not difficult to find Divine’s grave. There were beads, pink plastic flamingos, small liquor bottles, and other trinkets on the tombstone. I sat on the grass next to the grave for a few moments. Having just enjoyed the documentary so much, it was a moving experience and a wonderful start to my little Baltimore Pride celebration.

On the weekend of June 18th – 20th, during what would have been Baltimore Pride’s annual parade, block party, and festival, the city once again would not allow the events to take place. I am happy to report that our local LGBTQ+ bars really stepped it up with live performances by stars of the extremely popular RuPaul’s Drag Race and other special events. We met friends at a packed Leon’s on Friday night and had the $45 VIP tickets for “Distrkt C Pride” at the Baltimore Eagle on Saturday. There were four DJ’s, appearances by porn stars Ray Diesel, Julian Torres, and Beaux Banks, lots of bootblacks, and some of the hottest bartenders I’ve ever seen. Leather folks came from around the Mid-Atlantic area to celebrate. I was especially thrilled to be in the company of Mr. Mid-Atlantic Leather 2020 / 2021 Dave Spivey and Mr. Mid-Atlantic Leather 2018 Gerard Turner. Although there was no block party outside the bar, the party was fantastic inside the bar. It made me feel like I did something special in honor of Baltimore Pride

Although 2021 is better than 2020, everything has not returned to normal. The large International Mr. Leather / International Mr. Bootblack Contest in Chicago was moved from the traditional Memorial Day weekend in May to November. Now, IML 2021 will not be happening in November either. Look for the world’s largest leather event to return in May 2022.

I am also excited to report that my fellow ShipMates and I will be marching in at least one Pride parade in Maryland this year. We had a fantastic time at the first ever Annapolis Pride in June of 2019. Although their 2020 festivities were canceled, Annapolis Pride 2021 is scheduled for October 30, 2021. I can’t wait!

The insolation of 2020 was difficult. The Mid-Atlantic leather community is slowly coming back to life. It is wonderful to go out and see friends I have not seen in over a year. As many events remain canceled, I’m just struggling to make the most of it.