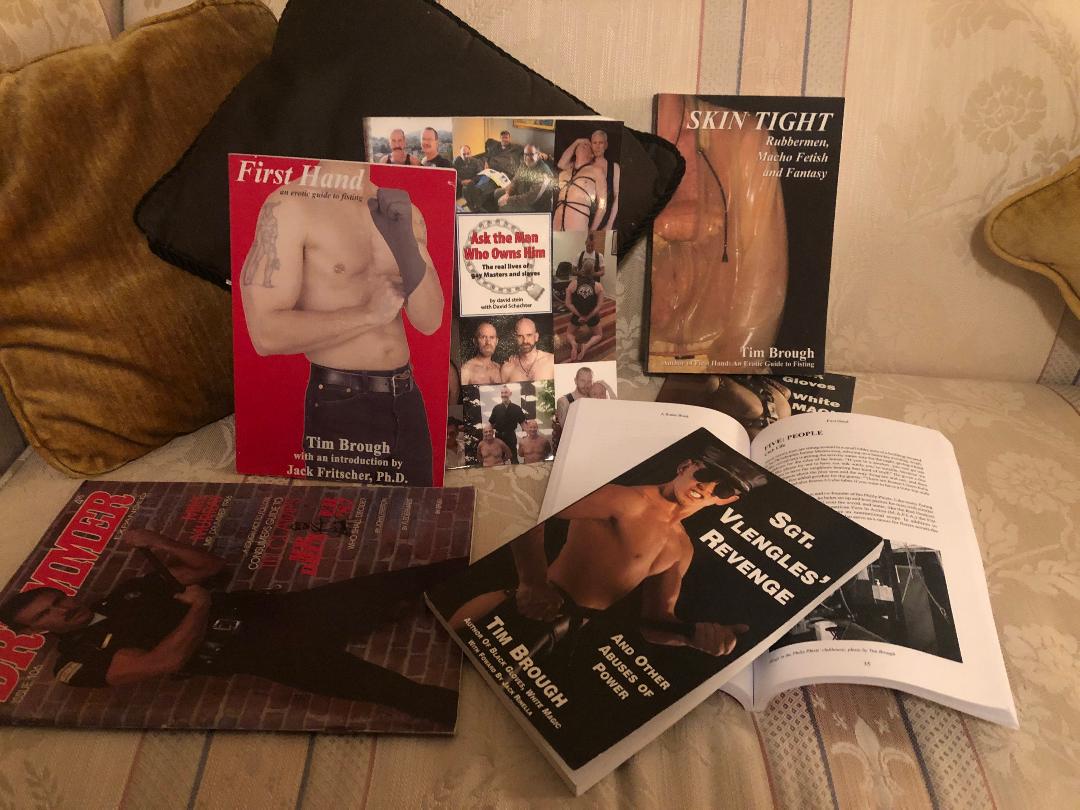 One of my first introductions into the leather scene was the classic novel Mr. Benson by John Preston. This 1980 work tells the story of a young man’s search for a master in the pre-AIDS leather bars of New York’s West Village. Before I had ever been to a leather bar in person, this book showed me backrooms and the cat-and-mouse game of cruising. This work also first introduced me to the idea of Old Guard leather protocols.

The must-read book for women interested in the leather community is To Love, To Obey, To Serve: Diary of an Old Guard Slave by V. M. Johnson. This extremely personal book first published in 1999, invites readers into the journal of a slave as she navigates her leather journey. You will also want to explore the Carter / Johnson Library & Collection founded by Vi Johnson in 2005. This treasure trove of resources can be found on the internet at carterjohnsonlibrary.com and on Facebook.