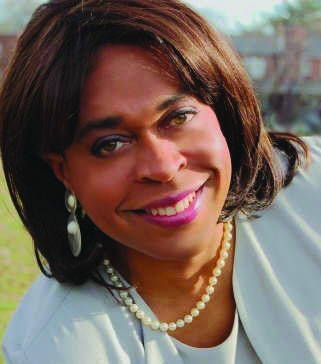 Understanding what I needed to learn and staying safe as a woman since I transitioned full-time back on October 1st, 2010 has been quite a journey. I knew my life would change for the best, but I had no idea it would be to the level it is today. Being the type of person who I am, I always want to help people in need. As a woman, safety is very important. Before when I was a man, I would stop for people who were broken down on the road or in an accident – anytime anywhere. Now I don’t stop anymore. If I do happen to stop for some odd reason, it must be in a well-known location and during daylight. Instead, I generally will call 911 instead.

Granted, I’ve never been sexually assaulted or raped, but the thought of that – or God forbid getting murdered – scares me. It’s hard to believe someone attacking me because I’m trans, because they didn’t know and now they are embarrassed and their ego is bruised.

A transwoman told me that some ladies don’t disclose their status when wanting to date someone male or female. I asked why some of the ladies don’t tell the males that they are trans. Their comment was, “They will find out eventually.” I replied, “No you shouldn’t do that!” I feel if you are going to be intimate with someone in a relationship you should be up-front with them, giving that person the respect and the choice about whether they still want to date you. For me, I tell them up-front, especially if it is a male, so that they don’t get pissed off at me. I would hate to be assaulted or murdered when we go out to dinner and he spends $100 to $150 on me, and later he finds out.

Try not to go into areas that may be bad. If you go down the wrong street by accident, make like you know where you are even if you don’t. I feel when you give off vibes that you are lost, that makes you a target. Keep your car doors locked and your purse on the car floor up front or in the rear with your window up. The one thing you don’t want to do is to have your purse on the seat and the window is down and someone reaches in and takes it off the seat.

Another thing, when I’m on the escalator riding up at the train or metro station, I keep my purse on my right side so no one will snatch it. If I am on the metro, train, or bus and it is crowded, I keep my purse snapped or zipped up, keeping it in front of me.

If you are meeting someone new, meet them at a well-known location and tell a good friend where you are going and who you are meeting. If you are having them pick you up and before you get into their car, take a photo of their license plate. Send the photo to your friend and if you can take and send a selfie of you both.

One very important thing to do is to check out if your state allows you to carry mace and/or pepper spray. If you can carry a gun, please get the proper training on how and when to use it. I feel if you get a license to carry for protection, be ready to use it. In my next article I’ll talk about “Working with the police and bridging the Gap”. Until then, shoot for the moon and even if you miss, you’ll be among the stars!