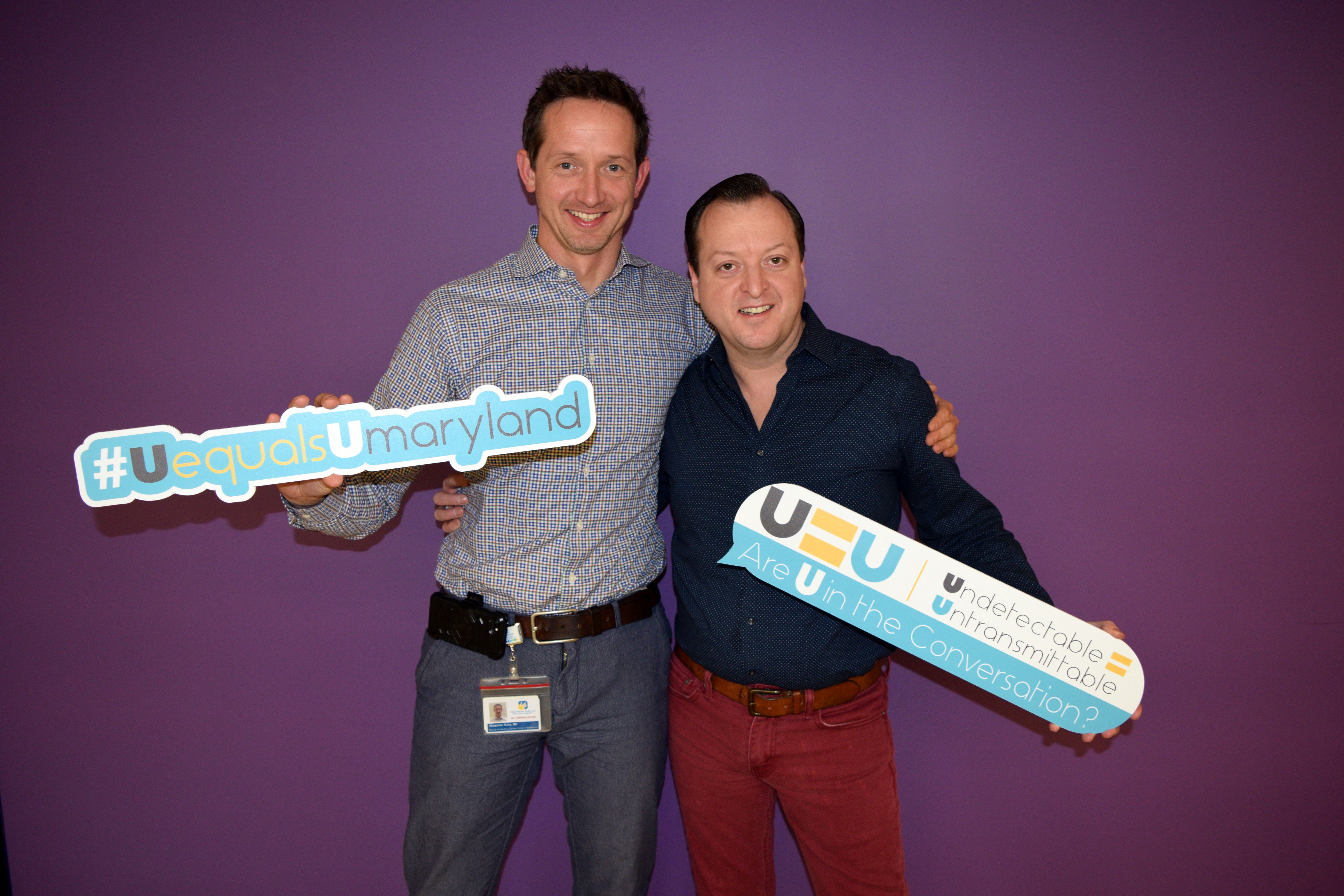 The Baltimore City Health Department and community partners across the city joined the international U=U conversation last December with the launch of the U=U Maryland campaign, spreading the scientific consensus that HIV-positive individuals with an undetectable viral load cannot transmit the disease to sexual partners.

In the months since, the campaign has been a presence at community events, resource fairs, and health discussions across the city. Guiding the campaign’s efforts is its community board, chaired by Anthony McCarty.

We asked Andrew to reflect on the first year of U=U Maryland, and what it took to bring the campaign’s message to Baltimore.

When and how did you first hear of U=U?

A little over two years ago at a Urban Coalition for HIV/AIDS Prevention Services (UCHAPS) meeting in Los Angeles. We talked briefly about this “new” U=U Campaign. At that point, partners from across the country sat down and formed the UCHAPS statement for U=U.

What about the U=U message spoke to you the most?

That this, for once, would put science behind what many knew to be true for several years. This was the game-changer for how people perceive someone living with HIV. U=U was the gold medal many received for taking control of their health and becoming undetectable.

How did the U=U Maryland campaign get started?

After that UCHAPS meeting, I talked with my doctor about this. We both were so excited about this victory. After that conversation, I reached out to doctors from Johns Hopkins, University of Maryland, Sinai, Chase Brexton Health Care and the partners at the Baltimore City Health Department. We all sat down at the table and drafted a statement for Baltimore. We released that statement in December 2017, and I thought that was it. Then the Maryland Department of Health said it needed to be more and funded the U=U coalition to create a movement. On World AIDS Day 2018, we unveiled the U=U Maryland website, with the amazing help of Chase Brexton. The coalition includes community partners from all over the region and has become part of the Baltimore City Health Department.

What has surprised you the most about the campaign as it has unfolded?

I stand in awe of how the community voices have changed HIV prevention in Baltimore City. I never expected this to take on a life of its own. I am very grateful for all the support and for the people that have lent their voices to this effort.  t

For more about the U=U Maryland campaign, to learn about the science behind U=U, and to sign the consensus statement and join the conversation about U=U, visit Uequalsumaryland.org.