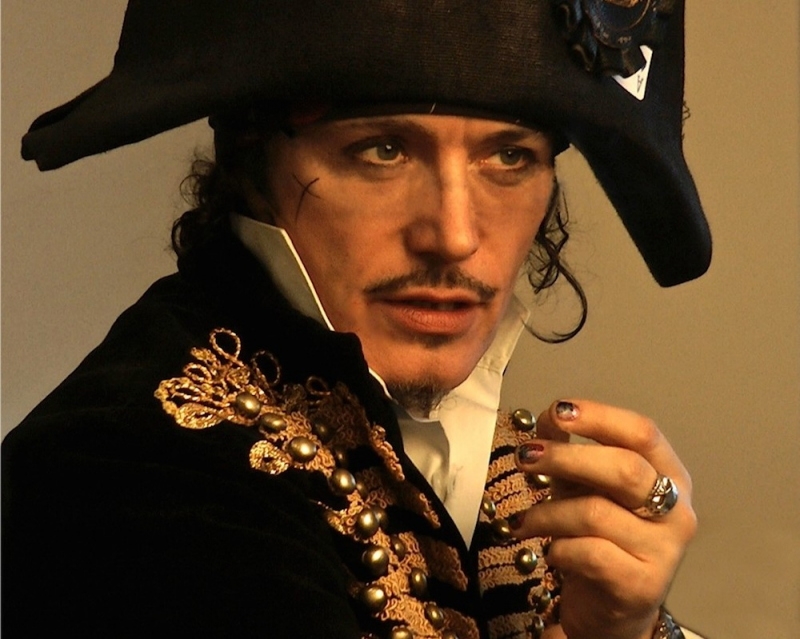 Most LGBT folks are probably more familiar with Rufus Wainwright (or his sister Martha or his late mother Kate McGarrigle) than they are with his father Loudon Wainwright III. But that doesn’t mean that Loudon doesn’t deserve his due. As a singer and songwriter, Wainwright excelled at both. The 24-track compilation The Atlantic Years (Real Gone Music), which combines Wainwright’s first and second albums – the 1970 eponymous debut and the 1971 follow-up Album II – and adds a previously unreleased bonus track (“Drinking Song”), is proof positive. Wainwright’s trademark humor (see his 1972 hit single “Dead Skunk”) is also in evidence, along with his serious side, on songs such as the breathtaking “Old Friend,” as well as “School Days,” “Nice Jewish Girls,” “Movies Are a Mother to Me,” “Be Careful There’s a Baby in the House,” and “Glad to See You Got Religion.”

At the forefront of the new romantic movement of the early 1980s (see early Spandau Ballet, see also Bow Wow Wow), Adam and the Ants incorporated fashion (pirate gear, anyone?) into the fun and irresistible music on its 1980 debut Kings of the Wild Frontier (Columbia / Legacy), newly reissued in an expanded two CD deluxe edition. Led by gorgeous front-man Adam Ant (aka Stuart Leslie Goddard),the band knew the value of both a marketable image and an alluring beat, as you can hear on the excellent first two songs, “Dog Eat Dog” and “Antmusic,” as well as the title track and “Don’t Be Square (Be There),” featuring the anthemic call “Antmusic for sex people / sex people for antmusic,” as well as the hopeful thought, “You might not like it not, but you will.” Disc one features the original album, along with seven bonus cuts, while the second live disc recorded at Park West in Chicago in 1981, includes three additional bonus tracks.

Post-Nashville and pre-insurgent country, Steve Earle, along with Dwight Yoakam and Nanci Griffith, helped to usher in a whole new era of thinking-person’s country music during the mid-1980s that would have a long-lasting impact on the genre. To commemorate the 30th anniversary of Earle’s celebrated debut album, a double disc expanded edition of Guitar Town (MCA Nashville / UMe) features a remastered version of the original recording with a second disc recorded live in 1986 at Park West in Chicago. Stellar tracks such as “Someday,” “Goodbye’s All We’ve Got Left,” “Little Rock ’n’ Roller,” “Think it Over,” and the title track are solid reminders of Earle’s talent and examples of why he has attained career longevity.

Soundgarden will always be known as one of the pioneers of the above-mentioned Pacific Northwest scene, personified by grunge. Perhaps the band’s biggest contribution to the genre is the late Chris Cornell’s heavy metal wail and the hard rock guitars. Years before they hit it big with major-label albums such as Badmotorfinger (containing “Jesus Christ Pose”) and Superunknown (featuring “Black Hole Sun,” “Spoonman,” and “Fell on Black Days”), Soundgarden released its 1988 SST Records debut album Ultramega OK (Sub Pop), newly reissued in remixed and expanded edition that incorporates the Ultramega EP of six early versions of songs from the album.

After years of perfecting the surf sound, The Beach Boys, led by tortured genius Brian Wilson, created one of the most innovative and enduring pop masterpieces of the 1960s (and beyond) with Pet Sounds (Capitol / UMe), featuring classics such as “Wouldn’t It Be Nice,” “Sloop John B,” “Don’t’ Talk (Put Your Head On My Shoulder),” “God Only Knows,” “I Just Wasn’t Made For These Times,” and “Caroline No.” To commemorate the 50th anniversary of Pet Sounds’– go ahead, take a moment to absorb that – the groundbreaking recording has been reissued in a five disc set (four CDs plus one Blu-ray audio) wrapped up in a hardbound book (complete with fuzzy goat and lettering on the cover) containing copious notes, photos, lyrics, and more. Disc one features the original album in mono and stereo, as well as “additional material.” Discs two and three contain 35 tracks listed as “The Pet Sounds Sessions” as well as more than a dozen “alternate versions.” The Blu-ray audio disc contains the whole of Pet Sounds in 5.1 Surround Sound, mono, stereo, and stereo instrumental.

Not obscure by any means, Cameron Crowe’s 1992 grunge-homage flick Singles is part of the quartet of films (including Say Anything…, Almost Famous, and Jerry Maguire) that established him as a filmmaker of substance; something that came to an abrupt end with Vanilla Sky and the films that followed. The 25th anniversary expanded, double-disc, deluxe edition of Singles: Original Motion Picture Soundtrack (Legacy) features songs by the superstars of the Seattle scene including Pearl Jam, Alice in Chains, Mudhoney, Screaming Trees, and Mother Love Bone. Seattle legends such as Ann and Nancy Wilson of Heart (performing as The Lovemongers), Jimi Hendrix and alt-rock godfather Paul Westerberg (of The Replacements) can also be found on the first disc. The second disc of bonus material features 18 additional tracks, some of which are previously unreleased or debut on CD for the first time.