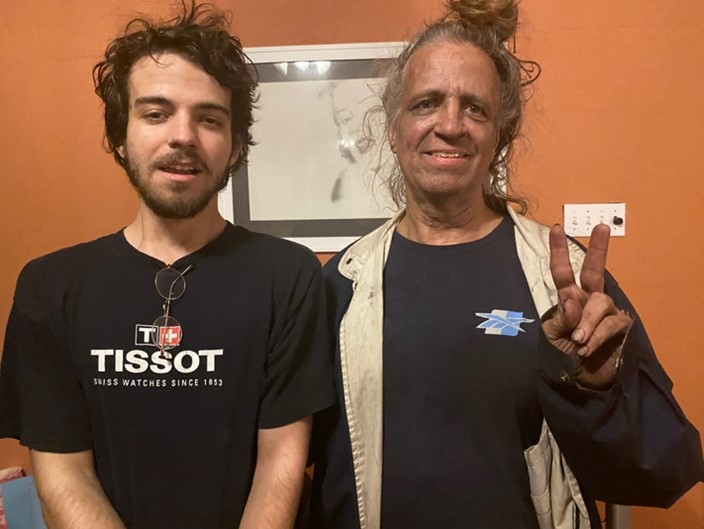 My youngest son, the one pictured here, had his car hit by a guy high on drugs. It was parked on side of the road in New Orleans and yes it was totaled. The guy hit it so hard it pushed the rear tire a foot forward. Also, the car was slammed into a tree crunching the front passenger side. So, I let him borrow the truck until we did something about his car. 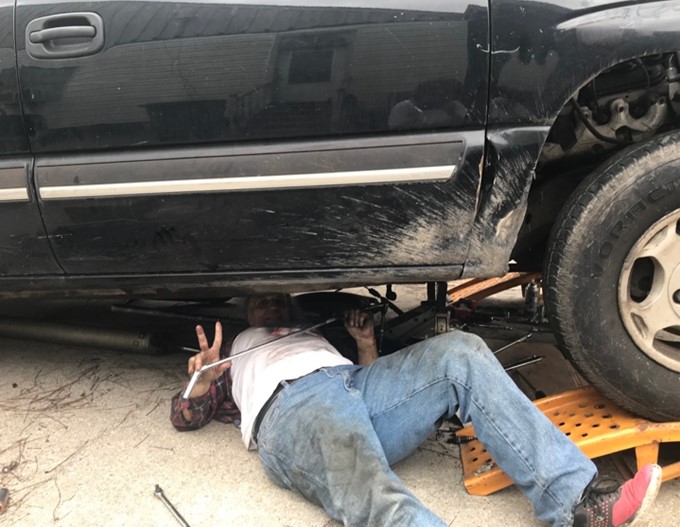 At the beginning of December, we swapped vehicles so I could pull my equipment trailer to set of a movie we were making. On the first day of shooting, I was late, so I pushed it a little, okay a lot. I made it to set but something was very wrong with the transmission. I was able to leave my equipment on set but had to travel about an hour and a half to get home. The next day I drove back to set an hour away I stopped to get something to drink. When I went to leave the truck would not go into reverse. I even tried to push it backwards in neutral, that was also a no go. I had blown my transmission and had to have it towed home. I even missed a half day of shooting, but my equipment was already on set when it finally gave up the ghost.

I contacted a friend to change my transmission and waited for almost two months for him to do it. I decided that I really needed my truck, so I decided to do it myself. I have raced on and off throughout my life. In my late teen and early twenties, I rebuilt antique cars from the ground up. I’ve done this type of work many times but now I really hate doing it and this was a really big job.

I think of this type of work as a man’s job. I think this is the main reason I really don’t like doing it any longer. Yes, I know there are a few women here and there that do car work but not many. Another reason is that it tears up my nails. Since being on hormones my nails have become brittle and very thin. So, I wear acrylic nail pretty much all the time. But working like this they don’t do well and usually crack split and break. But because I had to get rid of my nails for a movie they were short, and yes, they broke, split and cracked anyway.

I went and bought a rebuild transmission and was ready to do it over the weekend with the help of YouTube. I text my friend and said I got a transmission and was going to do it myself. Two hours later his brother showed up wanting to change it out. I said no way, I had just spent more on the rebuilt one than he would do the job for, I just didn’t have an extra few hundred dollars to pay him.

Saturday was the day, and I told my youngest son he needed to be at the house early in the morning to help. Of course, he didn’t show up till three. Can you tell by the picture? By that time, I had the old one out and was ready to put the new one in because my wife helped. Well handed me tools and stuff like that.

We put the transmission back and connected everything back up. I was relieved everything worked. I am a transgender woman and just did a man’s job. I did well. Thanks, YouTube for making it easier. Thanks to my wife and son for the help. I guess when push comes to shove, I can still work on cars, but I really don’t like to. Anyway peace, love, and light. Sophie