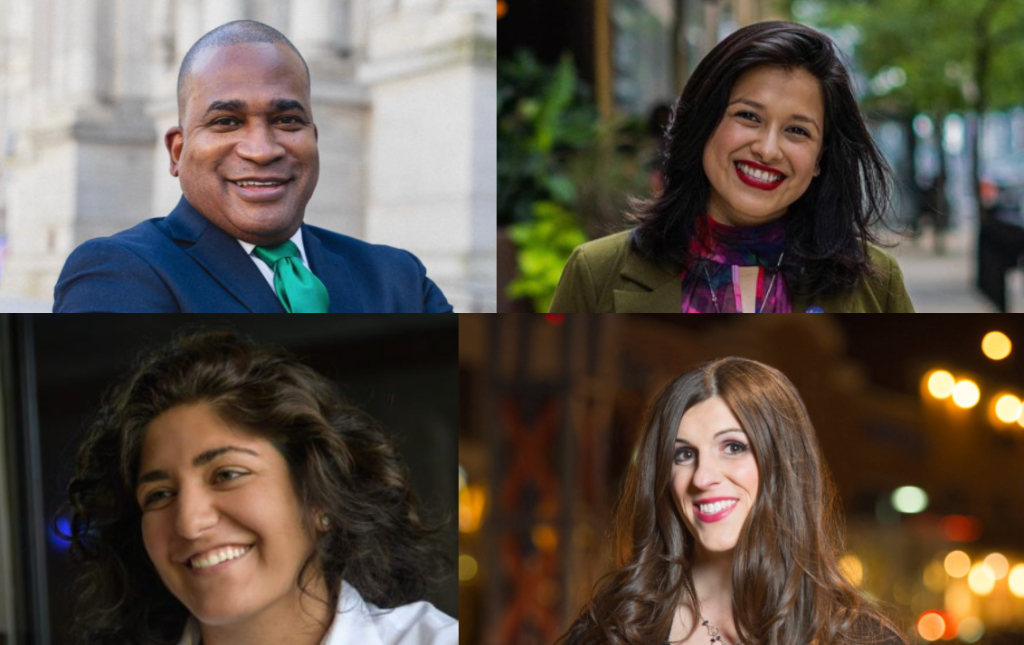 Philadelphia, PA – Incumbent New Jersey governor Phil Murphy’s bid for re-election was supposed to be a walk in the reliably blue state — but the Democrat managed only a squeaker of a win late on Nov. 3. Murphy, who had trailed GOP challenger Jack Ciattarelli early, won with a mere 50.2% of the vote. In a state where Democrats outnumber Republicans by over a million voters, Murphy made history as the first Democratic gubernatorial incumbent since 1977 to win re-election, if only by a percentage of a percentage. But the narrowness of the win had pundits shaking their heads over Democratic messaging. The governor’s race in Virginia was not as fortunate for Democrats, with GOP businessman Glenn Youngkin defeating former governor Terry McAulifffe. The race which was seen as a bellwether for next year’s midterm elections and as a litmus test for President Biden.

Some Pennsylvania races were a win for Democrats. Gregory Yorgey-Girdy won his race, becoming the first openly gay man in history elected as a judge on the Philadelphia Municipal Court. Franny DiCicco, former executive director of Philly Pride Presents, won election as mayor of Folcroft Borough. There was a victory for Philadelphia’s progressive D.A. Larry Krasner, whose criminal justice reforms have benefitted people of color and LGBTQ people who are disproportionately jailed. And Xander Orenstein won their race for the Allegheny County Magisterial District Court, which makes them the first nonbinary person elected to a judicial position in the U.S. But there was a slew of election losses elsewhere in the state. Erie School Board President Tyler Titus, who is a trans person, lost his bid to be county executive in Erie County. Titus was yet another Democrat who lost in the Republican wave that swept the state. Three pivotal judgeships in Pennsylvania were also lost. Maria McLaughlin lost her crucial race for the state Supreme Court to Republican Kevin Brobson. Megan Sullivan defeated Timika Lane for Superior Court. Both McLaughlin and Lane are Philadelphians, but the city — despite mail-in ballot options — barely crested 150,000 tabulated votes. Lane and Lori Dumas, who lost her bid for Commonwealth Court judge, would have meant Black women in those key positions.

However, there were also some historic wins for progressive LGBTQ Democrats across the country in local races. In New Jersey, openly gay man Don Guardian, former mayor of Atlantic City, won election to the New Jersey State House’s 2nd district. In Virginia, Democrat Danica Roem was reelected to a third term in the Virginia House of Delegates and has become the longest-serving out transgender elected official in the U.S. Also in northern Virginia, Mark Sickles, a gay man, was re-elected in District 43. Sickles has been a Democratic delegate for 18 years and came out in 2014. In Atlanta, Liliana Bakhtiari won against five other candidates for the Atlanta City Council District 5 seat, a position she narrowly lost when she first ran in 2017. Bakhtiari becomes the first queer Muslim elected official in Georgia. Another historic win is that of Gabriela Santiago-Romero, elected to Detroit’s City Council in District 6. A Mexican immigrant, Santiago-Romero grew up in Detroit and is a longtime organizer and activist. She is the first out queer Latinx woman to be elected in the state of Michigan. Brooklyn Democrat Crystal Hudson won the 35th District seat, making her the first out Black lesbian on the New York City Council. In Montana, out gay man Christopher Coburn was elected to the Bozeman City Commission in Montana. Coburn is now the first Black LGBTQ person elected in Montana. A big win for progressive Democrats was the election of Michelle Wu as mayor of Boston. Wu shattered the white male Boston ceiling, becoming the first woman and person of color elected to that post. Minneapolis rejected the plan to overhaul the city’s police department in the wake of George Floyd’s brutal murder, perpetrated by four police officers. But Black trans woman Andrea Jenkins won re-election to her seat in Ward 8 on City Council, which includes George Floyd Square. To view details on other local LGBTQ races, check the Victory Fund website: https://victoryfund.org/. (Philadelphia Gay News – Victoria A. Brownworth at https://epgn.com/2021/11/03/wins-and-losses-in-the-2021-election/)