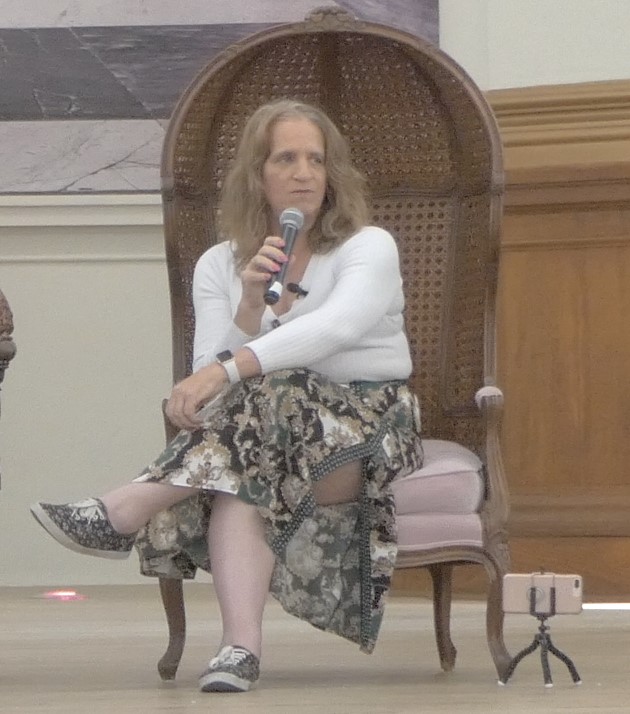 A simple comment to a trans-female turned my thinking on its head. I told her to smile more. She was highly insulted, and I was taken aback. I certainly did not mean for it to be an insult. However, when I told a friend about it, he did a faceplant and said, “How could you not know this is a trigger.”

The person I told to smile told me that males do that to dominate women. Which I still call BULLSHIT after thinking about this for a year plus. This is something I have never heard of at the time and according to google it seems that many people believe this to be true, “The Sexism of Telling Women to Smile:” The Atlantic has an article called, “Why You Shouldn’t Tell a Woman To Smile:” And Huff post has an article called: “It’s Important For Men to Understand That They Need To Stop Telling Women to Smile.”

I was dumb founded by the comment. I had never heard this, am I just a dinosaur? Do I live a sheltered life? This was certainly not my intention. Is it because I was molded in the white male privilege Anglo-Saxon model of red state Louisiana? Where I never knew I had privilege or what that really looked like because that is all I knew.

Well, let’s start with why I said what I did. Earlier in the day I visited the Golden Gate Bridge. I was at the end of a five year plus stretch of being suicidal. My visit to the bridge was a personal test to see if I still had suicide ideology. I studied all about jumping off the bridge. How it takes four seconds to hit the water and most people have regret two seconds after jumping. Around 185 people have survived the jump, but most die from impact trauma when they hit the water break their neck or back. I walked the bridge and didn’t realize how long you had to go to get over the water. It was quite the walk. When I got to the first arch I stopped and filmed for about ten or fifteen minutes. As I did, I noticed that my heart rate and blood pressure started to skyrocket. I started to have a panic attack. Yes, I was still suicidal and called a friend to help me get off the bridge. They didn’t answer. Now what? I called my wife just to hear a friendly voice, however she picked up on what was happening immediately. At least it worked and I was able to walk off the bridge. So, what the hell does this have to do with my smile more commit.

A lot, when I said what I did my subtext was please don’t be unhappy like I am. Because over the past several years I was really struggling with just making it through the day without killing myself. Forty-six percent of transgender people attempt suicide before they feel accepted then the rate of suicide drops to a normal average.

My thinking, first of all I tell both men and women to smile more. To me, someone that has been depressed for nearly twenty years, it’s important to see people happy. It helps me stave off depression. I guess I was actually saying don’t be like me because my unhappiness nearly cost me my life. I know this is hard to get the subtext out of what I said. However, I think its intent that matters just as all interactions, but sometimes simple things are hurtful unintentionally to people even when you never meant for it to harm.

As I headed back to my hotel that day, I though about it very deeply and happened to run into her at the hotel later. I immediately started apologizing never meaning to hurt her or anyone with such a comment. As I started to say, “I’m sorry,” I could hold back years of emotions and yes, the tears started to flow. I think I was hurt by her comment because I was perceived by her to be male. So, her comment tore me apart. I think the difference between my commit and hers was mine was never meant to hurt and hers was specifically made to put me in my place and hurt. It was a lashing out.

The last several years has certainly changed me, for the better, I hope. So, let’s look at the talking down to women she perceived. After one of my friends said she had a resting bitch face and she hated that people told that to her all the time. It made me think back a ways to 2002 and I wonder if the quarterback Aaron Brooks for the New Orleans Saints got in trouble because people thought he was a pompous ass because he had the opposite look he should have had when the Saints were on a losing streak. Because he always looked happy. I think it’s the way some people are built. Some seem to smile all the time, and some seem to frown all the time. I can see where this gets old after a while.

So, I posted the question on my Facebook page and received a flood of responses, here are a few.

Several of my friends said they found it very offensive to be told this, they were all woman and not a single guy found it offensive. While several other women said it made them smile. Although several of the woman added that it was usually followed by you look so much prettier and I seem like they equate the two together. Like men were telling them what to do.

Another told me yes men tell women to smile for many reasons, but the most sinister reason is grooming. If a man can get you to smile just by telling you to, what else can he make you do? So, when men look for accommodating women and/or victims, the smile thing is a good test. So, let’s lump all people together and make them groomers, I prefer not to.

I remember my Grandmother telling me to smile more, was she grooming me? I mean can this be a serious question? She said it takes less muscles to smile than it does to frown. Is this the same thing? Does it matter who said it? Does context matter? A number of females told me they said it, does that take it out the gender realm? Or is it only offensive when it comes from someone who is perceived as male?

I’d say yes, yes, yes, and yes. How do we see someone’s intention? Their subtext for saying it in the first place. The person who it was said to and how it affects them. Hum, I don’t know? As we get away from face to face talking does the same thing happen in text?

After thinking about this long and hard maybe a more appropriate statement from me should have been a question? Is everything alright? Does this make it right? Is everyone so sensitive, or do some of us come from a different era? I really don’t know the answer to this but wanted to get people to think. As always love, light, and peace. Sophie