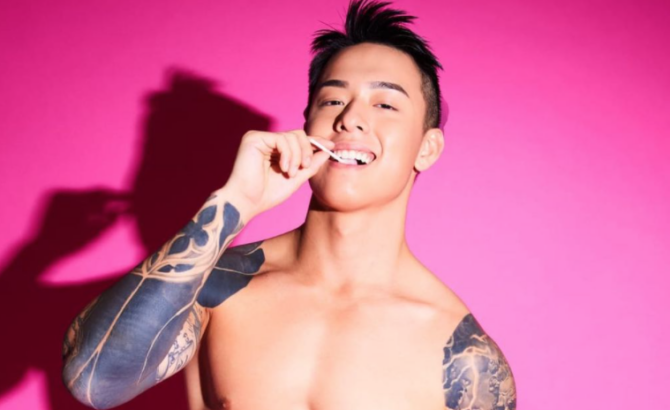 Singapore – Dan Tracer reports for Queerty that OnlyFans creator Titus Low Kaide was arrested on December 30 in Singapore and charged with “transmitting obscene materials.” The 22-year-old was charged with two counts of transmitting obscene materials via electronic means after police received reports he’d “transmitted images and videos of his private parts.” After allegedly defying a police order not to access his account, he was also given a charge under the Criminal Procedure Code. Low is believed to be the first OnlyFans creator arrested in Singapore, where the sale, distribution or possession of adult material is illegal. The country also outlaws gay sex of any kind. The story has made national news, leaving other OnlyFans creators in the Asian country fearful they could be next.

Low spoke out about his arrest in a video he posted online, arguing, “We only create content for people who are our age and wish to have content they want to see. And all this is on the basis of everything is consensual. “So we don’t force you to watch our content, we don’t force you to pay, it’s not open for public consumption, and if I don’t impede on your life and your lifestyle, to the person who reported me, why are you impeding in mine? “’Til today, I don’t know who made the report, and I don’t know why. I mean, it’s OnlyFans. I have to create specific content for specific adults. We are both willing like buyer and seller,” he added.

In an interview with Mothership last October, Low acknowledged the risk in maintaining his OnlyFans presence. “I don’t know how to tackle [the legal] situation, [and I’m] not even sure if it’s [legal] to do OnlyFans,” he said. Low’s OnlyFans page, which reportedly netted him five figures a month, is currently inactive. His next hearing is scheduled for January 20, where he’ll face up to three months in jail and a fine for the two counts of transmitting obscene materials, and up to six months jail time and another fine for the Criminal Procedure Code charge. (Queerty – Dan Tracer at https://www.queerty.com/22-year-olds-onlyfans-page-gets-arrested-20220107?utm_source=Queerty+Subscribers&utm_campaign=2fbd047b3b-20220107_Queerty_Newsletter&utm_medium=email&utm_term=0_221c27272a-2fbd047b3b-431876119)