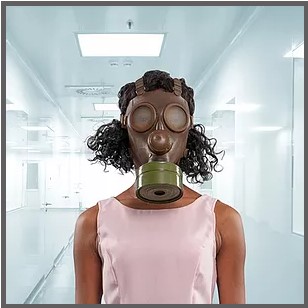 Running until Sunday, May 23rd, Rapid Lemon Productions presents Serious Adverse Effects both on the in-person stage at the Motor House, as well as streaming platforms.  The production, written by Derek McPhatter, explores the story of an unconventional scientist on the cusp of a cure for a mysterious disease. But to complete her research she must find forgiveness from a family with no reason to trust her and embrace the transformative potential of her own healing. Baltimore OUTloud recently chatted with Ohio-native, and playwright Derek McPhatter to discuss the upcoming performance.

Frankie Kujawa: In your own words can you tell our readers a little about Serious Adverse Effects?

Derek McPhatter: Serious Adverse Affects is a play that really tries to understand how science can both help people but also hurt. So [it examines] the fact that science, or medicine, has to develop. It means that people have to be tested. It gets into the ethical questions like ‘What are all the ways that the medical system fails us as it tries to help us?’ But [the audience is] really looking at it from the perspective of a Black, female scientist that sees both sides of the issue. It is that complexity within her that causes the problems in the play. It’s about a woman who is trying to be an objective, dispassionate full-on scientist where she’s removed from the people that she’s trying to help.  However, she realizes by the end that she’s just actually like the people she wants to help.

FK: Do you feel that Serious Adverse Effects is timely piece to be performed right now?

DM: (laughs) It’s more timely right now than it was when I wrote it in 2017. I was dreaming about it in 2016. I wrote it over the course of a residency in Harlem from 2017-18. Back then it was just something for me that I thought was just interesting to think about. We weren’t in a pandemic, as you know. But of course, the pandemic content changes how relevant it is. It’s interesting because [this production] integrated masks into the performance.  They integrated masks into the world for safety, but actually to me it doesn’t feel like an imposition because of course [the characters] would be wearing masks in this piece.  I think it is really timely. It is kind of surprising all these things that are happening right now.

FK: What your inspiration for this piece?

DM: Well, I’m the artsy kid in the family.  However, my mother, my aunt and my cousins are engineers. I grew up around a lot of very impressive women in science. And, I never experienced on stage a Black woman like the women that I grew up around. That’s not to say that the woman in this play is my mother because she’s not.  She’s actually very different.  But, I was very interested in creating a world and a character that reflected a part of the Black experience that I don’t see enough of. I know that we have explored stories of the medical exploitation of Black communities before, but I’ve never really seen a character like we have with Dr. Vi [in Serious Adverse Effects].  So, that was probably the driving inspiration. Then, as I got into the research for the play that world and everything became more and more compelling to me. I was really drawn into the question of ‘What does a Black woman in science do in circumstances like this?’