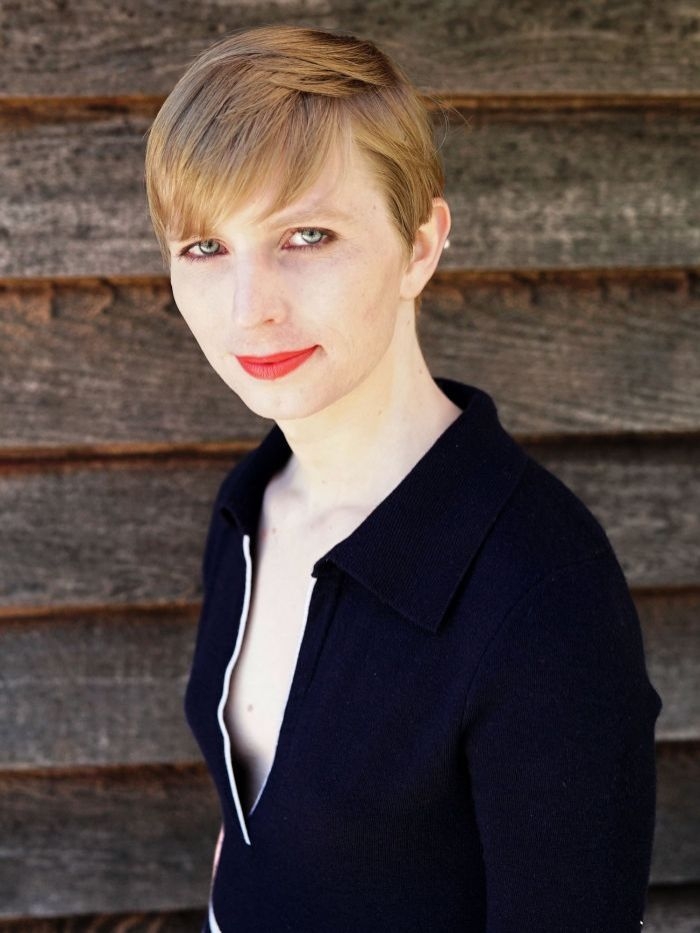 With her 35-year sentence commuted by Obama, Manning aims to be the US’s first trans senator

Elections have been bringing surprises lately – from Brexit to Trump. So could Marylanders soon be sending to Washington the first transgender US Senator?

They may get the chance. Chelsea Manning – whistleblower of US war crimes in Iraq, who, as US Army intelligence analyst Bradley Manning leaked 750,000 pages of classified government documents to Wikileaks – threw her hat into the ring January 14th, announcing she would oppose two-term Maryland Sen. Benjamin Cardin, a conservative Democrat.

Manning settled in Bethesda after getting released last May after seven years of a 35-year sentence in the brig at Fort Leavenworth. She was freed as a result of her prison term being commuted by president Obama last January.

“We live in trying times,” Manning says in the video announcing her candidacy, which has racked up some 275,000 views in two days. “[Times] of suppression, of hate, … We need to stop expecting that our systems will somehow fix themselves. We need to actually take the reins of powers.”

Cardin has not said whether he will run for re-election, but has some $2 million on hand in his campaign warchest. Cardin responded graciously to Manning’s entry, telling Associated Press, “Each person brings their unique qualifications. I’m sure she will do what she needs to to try and articulate those.”

Cardin’s two terms in the Senate have been undistiguished, contends openly gay journalist Glenn Greenwald – though  Cardin has made his mark as a strong supporter of Israel’s right-wing prime minister, Benjamin Netanyahu, and drafted legislation that would make it a felony for American’s to publicly advocate an economic boycott of Israel called by some for the country’s treatment of Palestinians.

Others on the left favorably compared Manning to Cardin. “He wants to suppress your rights and make actually exercising the First Amendment a crime,” said commentator Jimmy Dore, “while Manning put her life in harm’s way to expose crimes of the government and give us more freedom and transparency.”

But reaction from mainline Democrats has been predictably hostile, with some alleging Manning to be serving as a Russian agent.

An iconic figure of LGBT resistence and tarred as a lawbreaker, is Manning cut out to be a lawmaker?

In prison, Manning wrote what she offered as a model statute for protecting whistleblowers from charges if they were not trying to hurt the government. From her new perch as columnist for the UK Guardian, Manning has writen widely on polciy issues. Her candidacy has to be considered a long shot, but it will be a test of the Democratic party establishment that thwarted Bernie Sanders’ presidential campaign to see if it allows a radically different would-be Senator from Maryland to fairly compete.