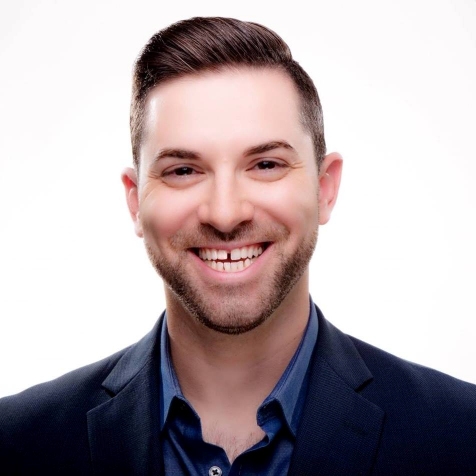 Iron Crow’s guiding light asks if Baltimore theatre is spreading itself too thin.

This summer, the Iron Crow Theatre was recognized by Baltimore magazine as “Breakout Theatre Company” in their annual “Best of Baltimore” issue. Much of Iron Crow’s recent success is owed to artistic director and CEO Sean Elias. Along with his successful collaborative team, the humble Elias has helped Iron Crow re-establish itself as a creative force in Baltimore’s Arts District. Under his leadership, Elias’s first year with Iron Crow broke every record possible. Its most recent 2016-2017 season, “The Season of Dark Play,” ended with 34 awards and nominations.

Elias worked as a professional actor in equity theatres across the Northeast including Off-Broadway at New York City’s New Victory Theatre and the Kennedy Center for the Performing Arts. As a director, Elias directed the award-winning and record-breaking productions of last season’s The Wild Party and The Rocky Horror Show at Iron Crow Theatre. Currently, Elias simultaneously serves as head of theatre at the Jemicy School and as a coach to organizational leaders, arts organizations, and independent consultants.

Elias recently sat down with Baltimore OUTloud to reflect on his first year with Iron Crow, the upcoming season, and the art scene in Baltimore.

Frankie Kujawa: What can audiences expect from this upcoming season at Iron Crow?

Sean Elias: The 2017-18 “Season of Identity” is set to be our best season yet. A direct response to our current political environment, we’re exploring who we are as individuals, as people, and as a nation, revealing the possibility, fluidity, and oppression we all encounter in the construction of ‘Who I am’ and ‘Who we are.’ This season is an invitation to not only explore gender, sexual, racial and religious identity, but to critique it, to understand it, change it, play with it, hide it, and/or reveal it. At a time when identity expression itself – let alone this freedom to ‘play’ if you will – is being smothered, we offer our stage, our artists, and these stories in opposition. With some of the most exciting and revered theatrical titles on the boards, we’re doubling down on our commitment to both artistic and administrative excellence, pushing the boundaries of what’s possible on the small professional stage here in Baltimore. We’ve brought on some of the brightest and most talented artists and administrators in the region. With our inspirational team, our award-winning programming, and our unwavering commitment to artistic excellence, the possibilities of what to come are endless.

In your opinion, what makes Iron Crow Theatre so special?

​I believe it’s both our people and our mission. Iron Crow is Baltimore’s only queer theatre, celebrating the renegade and the unorthodox in all of us. We believe that ‘queer’ is a self-defining term, and we strive to be a home for all who choose to identify as such, for whatever reason. We take very seriously our commitment to producing and creating work that features members from marginalized populations and to tell the stories not often told on the stages of Baltimore.

We’re also deeply invested in positively impacting the economic development of our city and have some big plans on how to achieve this goal in seasons to come!

What did you learn in your first year that helped you in preparing for this upcoming season?

This last year has been an unimaginable phase of growth for both myself and Iron Crow. While it’s hard to pinpoint a singular learn, I’d say creating an environment where creativity can flourish and where risks and bold choices can be made is of paramount focus. So, this year, we’ve spent a majority of our time aligning and preparing for how best to create the most conducive environments for productivity and creativity both with our designers, our administrators, and our artists. We’re striving to really create a family and an artistic home for those in Baltimore who are excited by theatre that is both adventurous and artistically profound.

What are some of the community aspects that Iron Crow is involved in? Do you have any plans to reach further into the community in the future?

Our commitment to our community is built into our DNA. Iron Crow Theatre was founded to support the queer community in Baltimore. The first-ever production, titled Gay Expectations, produced at University of Baltimore’s student center, raised money for Baltimore’s Moveable Feast. So, it was important to me that we remain connected to this cause and committed to our community. Every year, we’ve committed donating a portion of our proceeds from our annual production of The Rocky Horror Show to Moveable Feast. Last year we raised over $1,500 for this organization. Each year we also participate in Chase Brexton’s HIV/AIDS Walk/Run and Baltimore Pride. We’re also continuing our participation in the Baltimore Office of Promotion and the Arts’s Free Fall Baltimore program, allowing those who otherwise could not afford to attend live theatre the chance to do so. But that’s not all! We’re very excited to be launching our first ever post-performance series, After Shows with the Crows. This program will allow us to directly connect with our audiences and engage with our community through a variety of post-show offerings. Join us for a panel discussion, sing-a-long, cast and crew talkback, or get the chance to go backstage (and on stage!) for Baltimore’s first “Please Touch” programming.

What’s your vision for the future of Iron Crow Theatre?

As I mentioned we’re committed to improving the cultural and economic landscape of Baltimore. To do this, we’re dedicated to becoming Baltimore’s next equity theatre. We think this is important for many reasons. First, we believe we need to offer a livable wage for our city’s best talent while continuing to attract artists to the city from across the nation. With an increase in an artistic population cities tend to see an increase in civic engagement and economic prosperity. Furthermore, these populations tend to jumpstart a city’s revitalization efforts. We also seek to help develop the artists of tomorrow and give students who are graduating from Baltimore’s leading arts programs an incentive to remain in Baltimore through much needed access to the EMC program. This program administered by Actors Equity Association, allows for entry into the professional union for actors and stage managers in the US. Of course, part of this vision includes our own home for rehearsal and performance space, a robust education and outreach program, the ability to continue to produce some of the best work seen in the city, and a commitment to community engagement.

How would you describe the arts scene in Baltimore?

Queer. I’m not kidding! I believe that Baltimore really is a queer city. I believe it’s what we mean by “charming,” “quirky,” “artsy,” “underground,” and so on. It’s a scene that encourages risks and one that allows for anyone to create work that speaks to them. But I do have a concern, or more of a plea.

Every month we’re continuing to see more and more small theatres pop up in Baltimore. While on one hand you could argue the more theatre the better, I fear we may be saturating a market that cannot sustain the amount of theatres in existence based on simple population and audience size.

I wish more of us could unite, to incorporate all of our ideas into organizations we believe in – building strong, viable, and robust theatres that have long lasting impact.