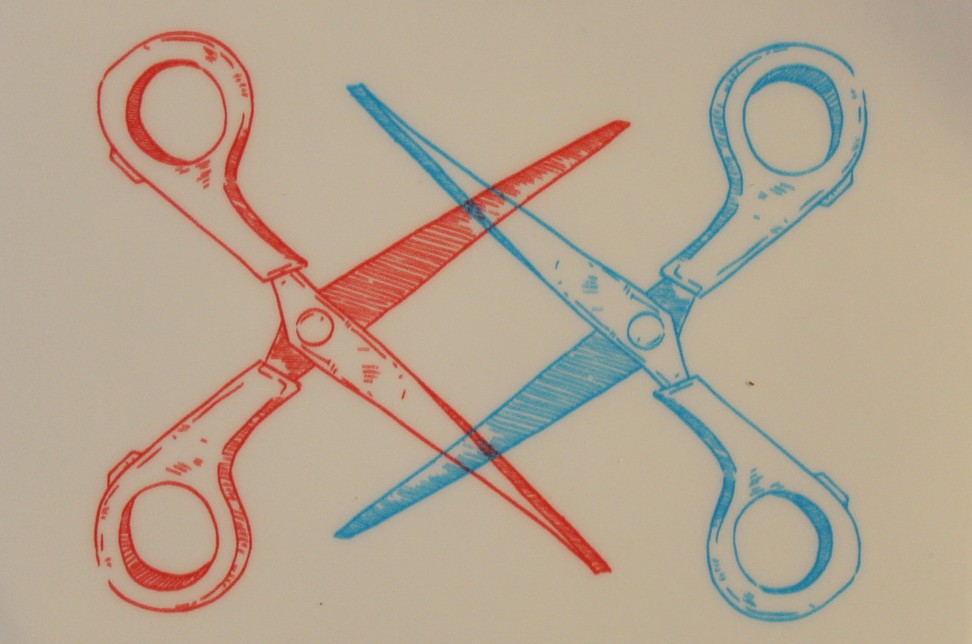 I’m hoping you’ll settle a debate between my girlfriend and me. She’s been trying to sell me on “scissoring,” but I’ve only ever heard guys talk about it and I’m convinced this isn’t a real thing that authentically queer women do. What’s the deal?

Not only is scissoring a real thing, but way more queer women engage in it than you’d initially think! In 2015, the progressively feminist web blog Autostraddle conducted an Ultimate Lesbian Sex Survey (open to all women who sleep with women), and a whopping 40.7% of the 8,556 women who completed the survey said scissoring was a regular part of their sex lives (including 43.98% of lesbian-identified survey-takers and 43.48% of survey-takers in a relationship).

Now that your girlfriend’s argument has been confirmed, here’s some critical information about scissoring. Y’know, just in case you want to give it a whirl!

First things first: Scissoring is an advanced sex move. It’s not for the weak. It can be awkward, inefficient, and there’s a solid chance you’ll kick your partner in the face at some point. It also requires a lot of coordination and a fair amount of core strength, but hey, it’s way more fun than going to the gym! But all that doesn’t make it pointless. If you can manage to get into the rhythm of scissoring, it’s pretty mind-blowing. Keep in mind, though, if you don’t enjoy clitoral stimulation and/or need a ton of intense, prolonged clitoral stimulation (like the kind provided by a powerful vibrator) to get off, this may not end up being your favorite position.

Also, unbeknownst to most, there’s more than one way to do it. Like many sex acts, scissoring is customizable. It can be achieved in a variety of positions, including missionary, the cowgirls (standard, reverse, and reverse-reverse, ie, riding ass-grinding), and side-by-side (also called the dirty spoon or forking). My personal favorite scissoring position involves one partner laying flat on their back. Then the other partner straddles one of their thighs and grinds on it while having hand sex with the reclined partner. Fun abounds!

Finally, If you’re rubbing against a surface that has hair – like genitals, a chest, a leg, etc – you might want to add some lube to reduce any unwanted pulling or chafing. There’s a noticeable comfort difference between “dry” and “wet” grinding. To optimize enjoyment, I recommend using either Swiss Navy’s Silicone Lubricant or one of Sliquid’s many water-based Lubricants. Best of luck to you!