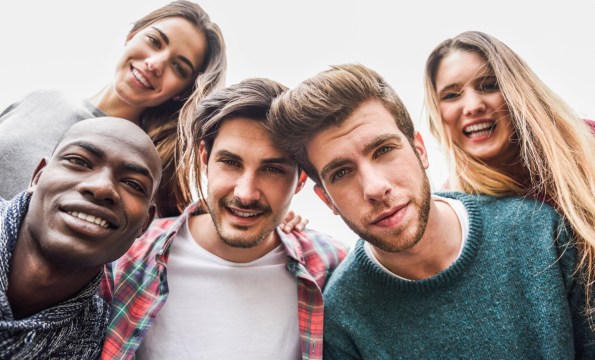 Greensboro, North Carolina – Dr. Arielle Kuperberg, an associate professor of sociology at the University of North Carolina at Greensboro, and Dr. Alicia Walker, assistant professor of sociology at Missouri State University, recently released the results of research they did on college students, sexual identity, and sexual behavior. The sociologists’ research, digging deeper into a larger survey of some 24,000 college students, found that one out of four women and one out of eight men whose last “hookup” was with a same-sex partner also said they identified their sexual orientation as straight.

“I think we make a lot of assumptions about sexual identity and what it means along with our sexual behavior,” Kuperberg said. “But I think it’s important to actually do the research that challenges those assumptions and makes people say, ‘Hey, maybe what I think isn’t real.’” Kuperberg and Walker’s study found, primarily, that sexual experimentation and students’ willingness to experiment is quite common among young people in college — perhaps, even, more common than we initially thought. More importantly, that sexual experimentation has very little to do with the labels people currently use or may one day use in the future to describe their identity. For the overwhelming majority of students, researchers say, experimentation is just that.

Walker thinks the study isn’t really about labels, and other recent research shows that many young people are even beginning to drop labels entirely. Walker says the study’s most important finding is that experimentation is overwhelmingly common. Just because straight men are hooking up with other guys doesn’t mean they’re not straight, researchers say. “There are so many myths in society about what people are doing and what people think other people are doing,” Kuperberg said. “Those myths don’t match up to reality.” Walker concluded: “We live in this society where heterosexuality is the norm, but if you’re somebody feeling as though you’re not as heterosexual ‘as I’m supposed to be,’ I think it’s important to know other folks are doing this, too, and they’re just not talking about it.” And that’s exactly what Walker wants people to do — start talking. “The reality is that most people do experiment in one form or another,” she said. “We’ve got to get away from this idea that it’s horrifying or shameful that people would experiment. People do. Sometimes it means something. Other times it doesn’t mean that much at all to people. And all that’s okay.”