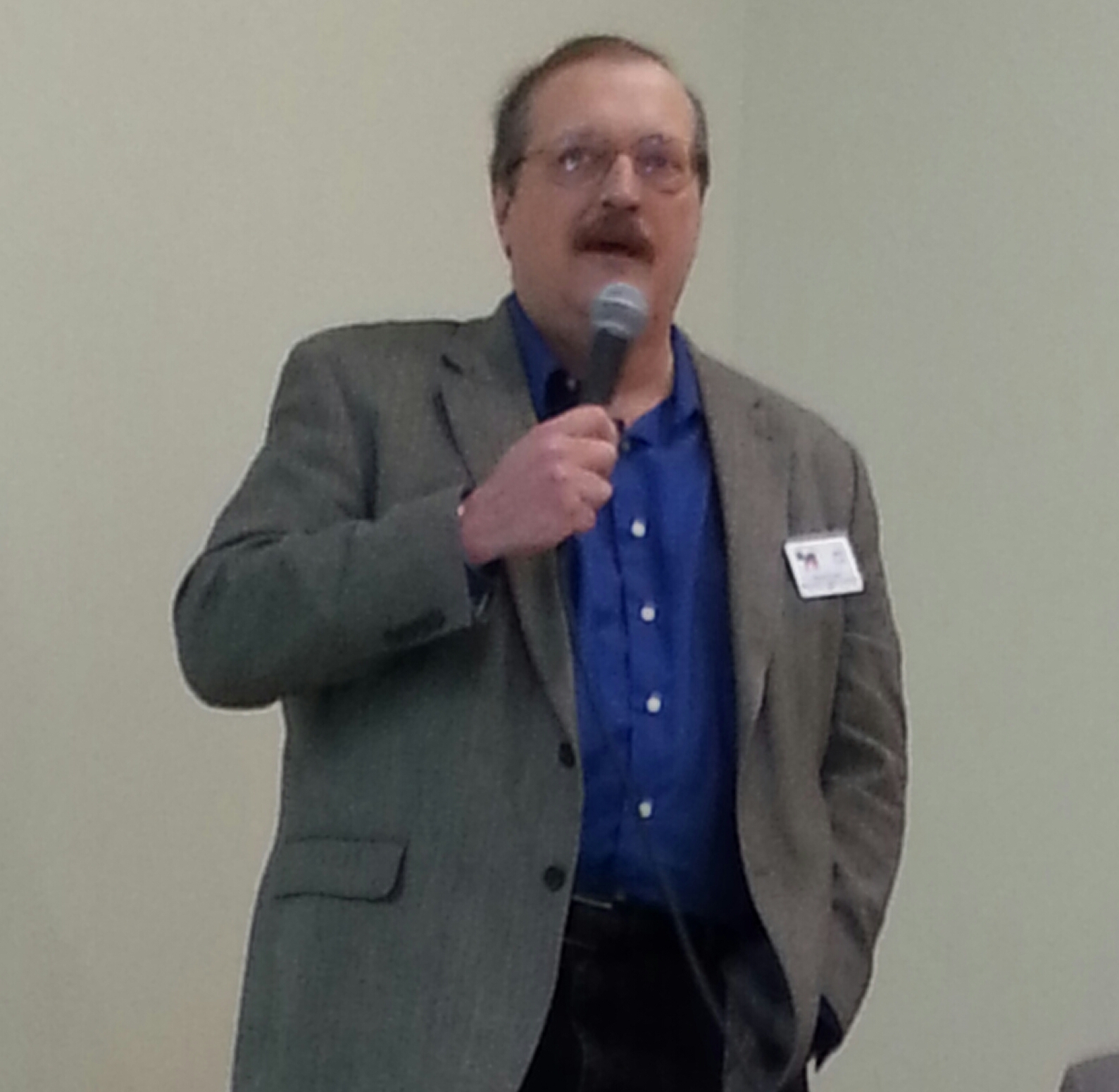 I am running to retain my position on the Howard County Democratic Central Committee. As such, I am the only openly LGBTQ candidate in the race that consists of 30 candidates. It is vital that the central committee, whose principal task among others is to find and support progressive Democrats, have LGBTQ representation.

While others may profess their full support for LGBT rights and equality, being actually LGBTQ and having lived through the journey of coming out and dealing with issues that directly impact the LGBTQ population make me uniquely qualified to represent and promote LGBTQ interests.

I am an active member of PFLAG-Howard County and I serve on the Howard County Human Rights Commission, the #OneHoward steering committee and the county executive’s LGBT Round Table.

To be clear, I am in no way suggesting that I be voted to remain on the central committee solely because I’m gay. There’s more to me than that.

In addition to being a hard-working, fair-minded, pragmatic, and calming voice of reason on the central committee these past four years, I had earned my proven progressive bona fides long before the word “progressive” entered our political lexicon.

I am a pro-labor, pro-civil rights, pro-human rights, pro-LGBT rights, pro-choice, pro-gun reform, pro-environment, pro-universal health care, and pro-economic opportunity Democrat ever since I became active in the political process and have never wavered. And I continue to fight for inclusion, openness, and equality, not exclusion.

During Democratic elections I have been a tireless participant and have helped numerous local candidates by burning shoe leather door-knocking on their behalf, literature dropping, phone banking, envelope stuffing, working the polls, sign holding, marching in neighborhood parades for local Democrats, staffing tables at a spectrum of events, participating in Black Lives Matter demonstrations, and contributing a good deal of money towards candidates’ campaigns.

So I am not just simply wrapping myself in the rainbow flag. Yet, for way too long, LGBT people have been marginalized and shunned by the major political parties. It was not until the Obama presidency when the LGBTQ community was finally invited to the table. I am running to fight for our rightful place.

The LGBTQ community is a key and growing component of the Howard County and Maryland Democratic Party. The latest estimates indicate there are at least 9,000 voters in Howard County who identify as LGBT. Adding in our families, friends, co-workers, neighbors and allies, we have emerged as a potent coalition within the party.

Moreover, Howard County was among the leading jurisdictions in Maryland to have defeated Question 6 – a referendum that would have undone the Maryland legislature’s passage of a law that legalized same-sex marriage in 2012 – by a significant 59% to 41% margin. I believe that acceptance of LGBTQ people has further increased over the past six years thus strengthening the LGBTQ coalition.

Despite the important gains stemming from marriage equality and gender identity protections, so much work remains to combat bullying in our schools including cyber bullying, fighting discrimination in the foster care and juvenile justice systems and homelessness among LGBTQ youth, to name a few.

For all these reasons it is imperative that there is a voice on the Howard County Democratic Central Committee to represent our LGBTQ citizens. This is how Howard County can truly move forward.

I am not seeking or accepting contributions. Please visit and Like my Facebook page at Facebook.com/BobFord4HCDCC/?hc_ref=ARQp6BBSOSQezXJGrS6cMGjP3D3H_b03cIKu6KoLAdSBXkvrFz3f2AMo-JZ1XfyzHsE&fref=nf for updates on the campaign and vote for me on June 26th.