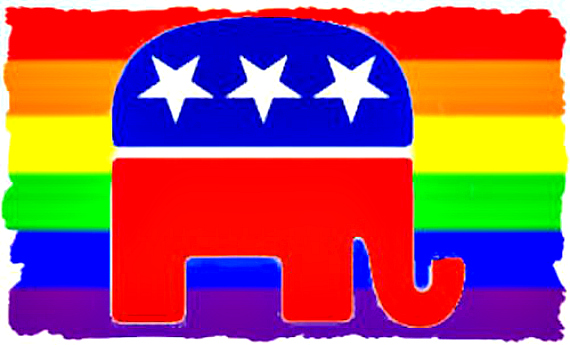 Washington, D.C. – Republican insiders have abandoned their longstanding opposition to marriage equality, according to a report in Politico, but they still strongly oppose Transgender rights. The magazine said it had interviewed Republican operatives, former Trump administration officials, and conservative leaders, and found there is a widespread acceptance that marriage equality is a settled issue. There is no serious discussion about trying to overturn Obergefell v. Hodges, Politico said. In Congress, LGBTQ activists found potential allies in newly elected Republicans like Rep. Dan Crenshaw (R-TX), Rep. Elise Stefanik (R-NY), and Rep. Young Kim (R-CA).

Republicans were definitely late to the party. Much of the country grew to accept same-sex marriage well in advance of the Supreme Court decision legalizing it in 2015, but GOP voters didn’t. A Gallup poll from 2014 showed only 30% of Republican voters in support. There were also prominent conservatives who warned Republican party leaders that they were dramatically out of step with the public as a whole. Ken Mehlman, who managed George W. Bush’s 2004 presidential run, apologized for the anti-same-sex marriage rhetoric of that campaign and for his role in fighting marriage equality, while announcing that he was Gay. One of the founding members of the Federalist Society, conservative attorney Ted Olson, joined forces with David Boies, a Democratic attorney, to overturn Proposition 8, California’s ban on same-sex marriage. Hedge fund billionaire and Republican donor Paul Singer quietly donated to pro-Gay rights causes and formed the American Unity PAC and American Unity Fund, which advocate for LGBTQ and religious freedom. And former Vice President Dick Cheney was famously at odds with President Bush over same-sex marriage and became a supporter of the movement. His daughter, Mary Cheney, has been married to her wife since 2012.

Transgender issues are shaping up as the new dividing line for Republican activists. According to Politico, fierce opposition to Trans rights still exists within GOP ranks. The Trump-era Education Department eliminated guidance that sought to extend protections around the treatment of transgender students. And Trump himself issued an executive order, via tweet, prohibiting Transgender individuals from serving in the military – a move later overturned by President Biden. Potential 2024 candidates like Nikki Haley and Florida Gov. Ron DeSantis have backed laws that would ban Transgender athletes from participating in sports consistent with their gender identity. According to the Human Rights Campaign, 2021 was a record year for anti-Transgender legislation, with dozens of laws introduced in Republican legislatures across the country placing restrictions on Transgender people. (Seattle Gay News – Mike Andrew at http://sgn.org/sgnnews49_34/page1.cfm)