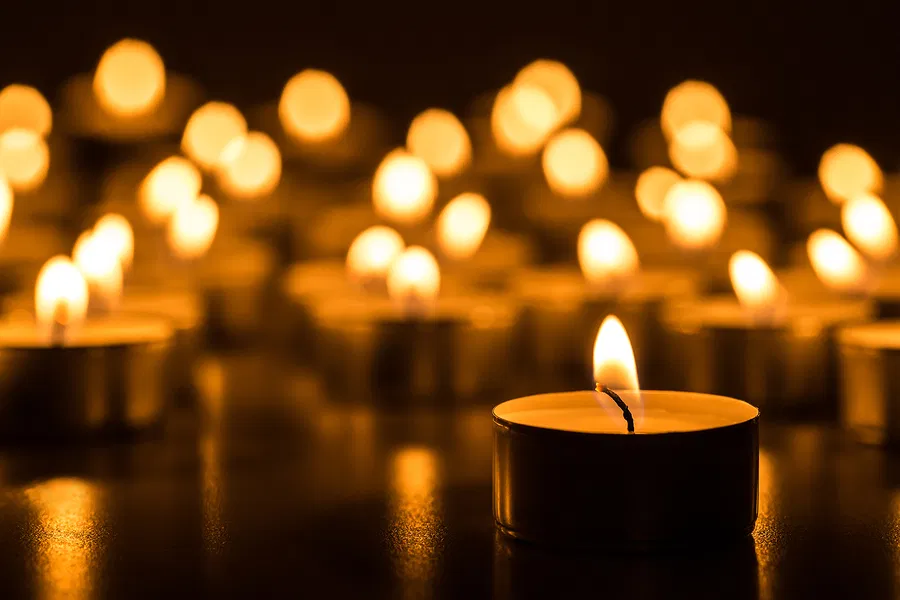 November 20th is a day that is known to transgender folks across the world. It is our solemn memorial to those who have lost their lives for the strength and conviction to live their lives authentically. Transgender Day of Remembrance is not a joyous day, but its reverence to the trans community transcends our individual comforts. Transgender Day of Remembrance also happens to be the day that I realized I had found my home with Hagerstown Hopes.

Two months prior, I had received a phone call from the board president, Jeff Rohrer, that I had been chosen to join a group that I (erroneously) saw as benefitting only the LGB sections of our great community. Idealistic and wet behind the ears, I had this enormous ball of plans. Due to my schedule, TDOR actually was the first event that I was able to attend outside of a board meeting and attending a local Rotary meeting around Halloween. It was also my first event back in Hagerstown after moving to the Eastern Panhandle of West Virginia in 2010 for college. I had no idea what to expect. My little ol’ hometown – the same town that I avoided out of the fear of not passing, or running into someone from high school – hosting an official proclamation and vigil for the most solemn day of the year to a community that had historically, been ignored by mainstream society.

It was cold, and I did not have a jacket. Walking and shivering from where I parked to the square, and I was already blown away. There was a crowd of about 20 people, a couple of which I knew from Hopes, but the rest were just community members, here to support, well, me. Within five minutes the crowd had doubled. Those that I had not met from the board ran up to me, wrapping me in hugs. Someone gave me a coat to wear. Jeff gave me a paper and let me know I was going to speak the names of those we had lost over the year. Usually nervous about public speaking, I felt a calm sincerity that wasn’t with me when I had walked up only 30 minutes prior. I felt loved. I felt included. I felt valued by something far bigger than me as a single individual.

My voice cracked more than once as I read the names. I felt tears stream down my face when I was finished, while we shared a moment of silence. But it was after the candles and the memorial, when we were just standing there. A dozen-and-a-half individuals of all facets of life, social class, race, religion, orientations, and genders; and I wish I knew who put their arm around me, but their touch was akin to setting of a roaring fire from within me. I was home.

Hagerstown Hopes is not just a family to me, but to every trans and enby person that loses their own by claiming their identity. From a sprinkling of less than ten, to a force of almost 60 strong and a supportive spousal/partner group that meets at the same time within less than a year. Not just a safe space, but a network of safety nets. A group that believes in strength in numbers as strongly as it does in building bridges. Transgender folks are not a niche, but a core asset and responsibility. Our people threw the first bricks that kicked off the last fifty years, and in our corner of Western Maryland, we are not just celebrated, we are carried and embraced when we need be.

When I read the names of those lost this year, what gets me through it is the names of all the people I have met since joining Hopes. Our strength is our love and support, and we would love to share it with each and every one of you.