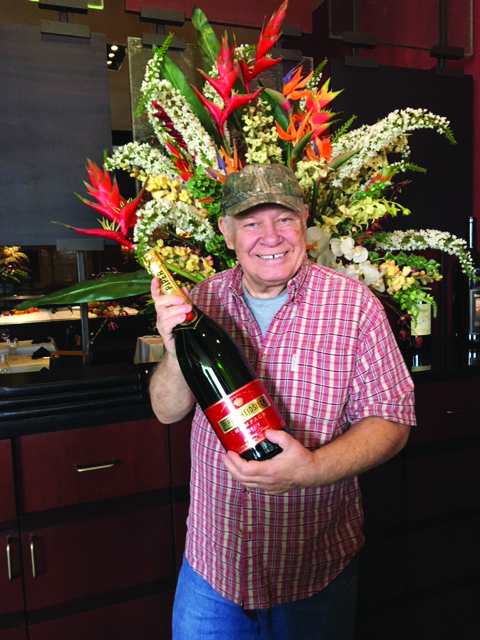 Baltimore native Bradley Grant, who marched for gay rights in Philadelphia with the Washington Mattachine Society on July 4 , 1969 died on October 11 at Gilchrist Hospice in Towson. He was diagnosed with lung cancer in 2016 and was able to live independently and with much enthusiasm until 10 days before his death. 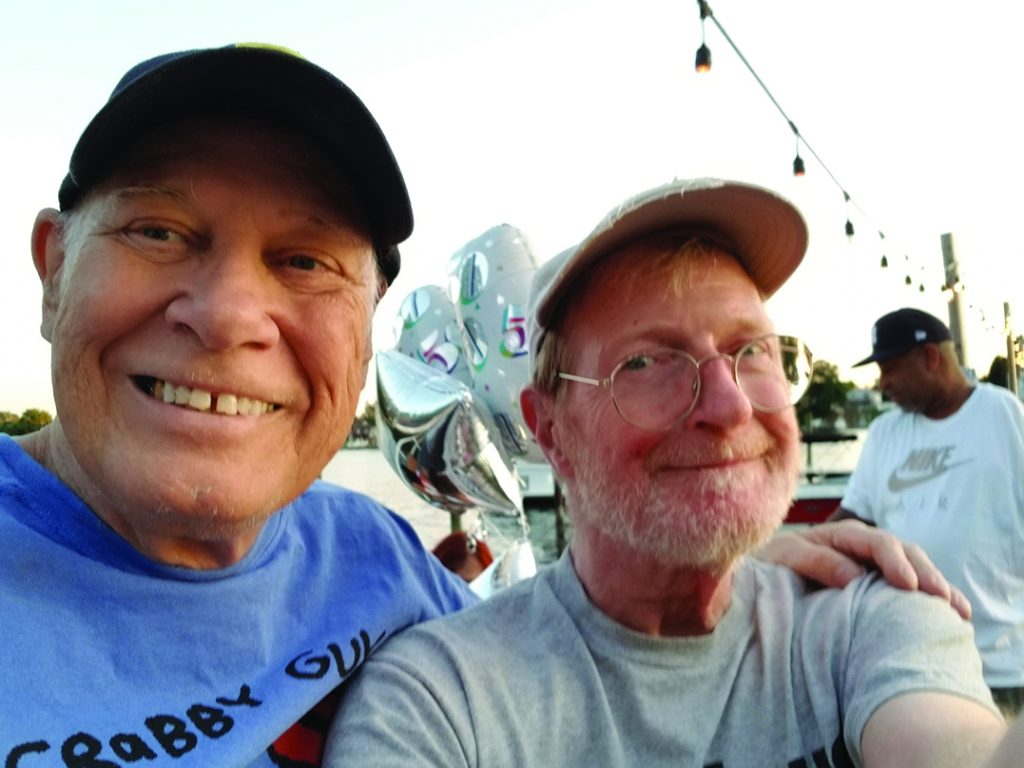 In June1969, Bradley held a birthday party in his home in Dundalk with his many gay friends, some of whom were extravagant, and his next-door neighbor was not pleased. The outraged neighbor came over to his house and shot him. Fortunately, the bullet hit his arm, wrist and hand causing no serious damage. When the police arrived, their focus was not the neighbor’s attempted murder; instead they arrested Bradley for holding a disorderly party. In these pre gay liberation days this response by the authorities was common—arrest the victim if that person happened to be queer. 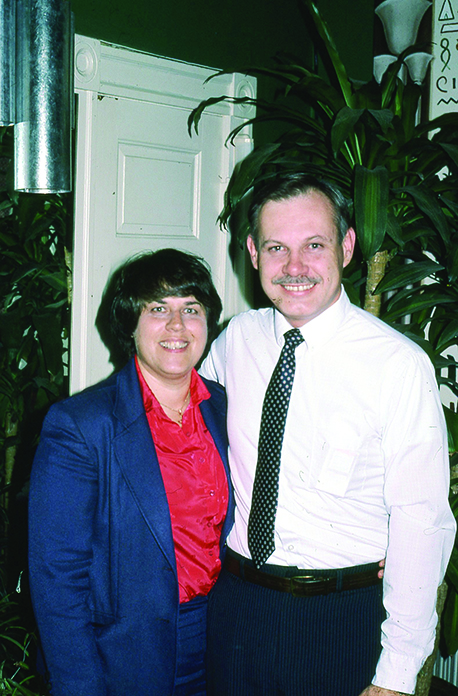 Bradley was not about to be a victim; it was not in his DNA. He used this indignity as motivation for action! He contacted the Washington DC Mattachine Society, met with someone in Washington, likely legendary activist Frank Kameny, and less than two weeks later joined them in their annual Day of Remembrance July 4th demonstrations at Independence Hall in Philadelphia. In those days , few people had the courage to publicly proclaim their homosexuality by marching in a demonstration urging justice for gay people. But Bradley can be seen in photos of the event picketing with the other courageous Lesbians and Gay men, placard in his wounded hand wrapped in bandages. Courage indeed!

Bradley was one of Baltimore’s true characters, extremely outgoing – “larger than life” his friend Scott MacLeod said – and could easily command a room. Another friend, who occasionally took him to his medical appointments, described him entering the large waiting area at the Kaiser Medical Center in Woodlawn and announcing “All medical treatments are half price until 3 pm!” He brought joy and humor to so many people. As longtime friend Bill Bixler said, “Bradley was the prince of many universes.”

Bradley was well-known in the Baltimore underground gay community of the 1960s and 70s, and because he had a camera, documented many of the events of this outlaw scene. His slideshow of 60s and 70s Baltimore’s secret gay life showed a thriving community of lesbians and gay men living their lives with joy despite the danger of discovery by the straight world. He photographed young gay men, lesbians, and drag queens at parties and causing mayhem at the Bickford’s restaurant on Calvert Street after the bars closed or on Halloween, at the annual Hairdressers Ball and Druid Hill Park arts festival, and many other long-gone high points in the gay social calendar.

Dennis Watson, a friend from the 60s, remembers Bradley’s role in documenting the gay scene “as the photographer for the gay community for many years.” He added, “Bradley was a free spirit who loved to behave the way he saw fit and loved the attention he could obtain from others. He was a true Baltimorean who loved the city and its people from all walks of life.”

Bradley was a true adventurer with a penchant for those who lived on the fringe. To quote Laura Branigan’s 1984 gay anthem “Self Control,” Bradley “lived among the creatures of the night.” He felt especially at home in Pigtown, Highlandtown, Hamden, South Baltimore, and Wilkens Avenue and came to know many friends during his jaunts through the streets of these Baltimore neighborhoods. Because of his personal proclivities, he often said that he had adopted safe play long before it was necessary to do so.

During a vacation trip to Brazil about 20 years ago, Bradley fell in love with Rio. Each year he would make a trip there and decided that he would move to Brazil once he retired. After working for years as a nursing home administrator, he retired about ten years ago and made his move. Unfortunately, Brazil would not grant him permanent resident status so he was confined to six months in Brazil and six months in Baltimore each year. A snowbird, he made his trips to Brazil to coincide with the cold weather in Baltimore.

Bradley was born June 23rd, 1945. He often said that he was born in the Holland Tunnel travelling from New York to New Jersey but his birth certificate reads Hoboken, New Jersey, which is right at the New Jersey end of the tunnel. His mother, Agnes, worked for many years tending bar. His father, Stanley, was a soldier who died from injuries he received during World War II just before Bradley was born. His father had bought his mother a house in Dundalk and Bradley lived there with his mother until she died in 1966.

Bradley attended Gray Manor Elementary School, Dundalk High School, and graduated from the University of Baltimore. He maintained contact with friends from his childhood, including his lifelong friend Allen Stockett; they met in elementary school when they were ten.

Bradley continued to live in the Dundalk home until 1975, when he and his longtime roommate Stanley Cockrell – a cosmetologist and well-known drag performer named Stella – purchased a large row house on Eutaw Street. The house had been turned into multiple apartments and he and Stanley painstakingly restored it to a gorgeous single-family mansion. He and Stanley lived there together with Stanley’s lover Sam until Stanley died in 1991.

Michael Carpenter, a friend and artist who worked on Bradley’s Eutaw Street house for him, remembers how much he loved that home. He said, “Bradley was a jester and prankster. He so loved his Eutaw Street townhouse that he restored it to its original Victorian appearance – including a parlor ceiling mural, gas lighting and tall pocket doors. I painted a mural for Bradley’s exotic garden that he said he treasured always, even after he sold the home. Always unconventional, always ahead of his time.”

Bradley was active in neighborhood affairs in the Eutaw Place community. He was very proud that he convinced the city to repair the gorgeous fountain in the Druid Hill Park Reservoir. The fountain had been in disrepair for years. As a result of his consistent persistence, the city repaired and re-lit the fountain. Sadly, the fountain has been destroyed as part of a major reconfiguring of the reservoir.

Shortly after Bradley learned of his cancer diagnosis, he joined the Edgewood Senior Center. He became a regular participant in the Zumba classes and in typical fashion, he stood out with this group of mostly women of his vintage that embraced him and sent him get-well cards daily.

A memorial service will be held but the details had not been finalized at press time. 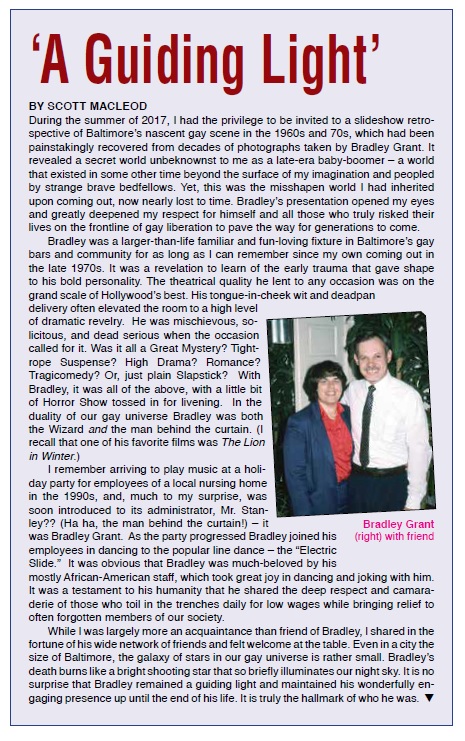