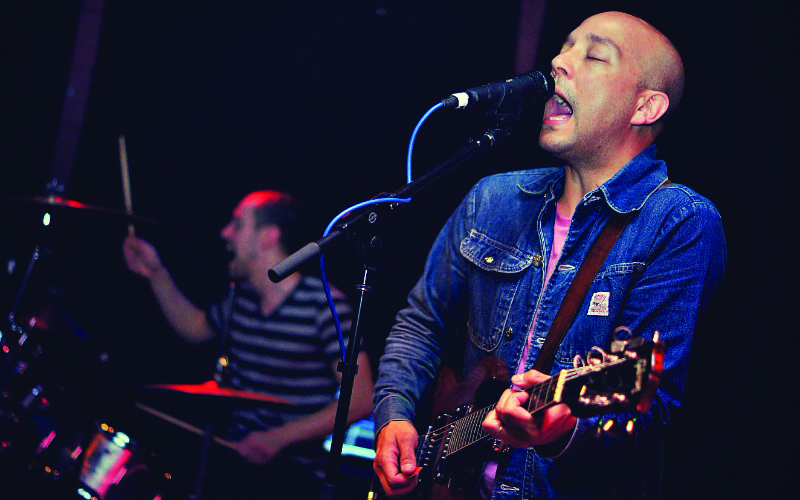 Hello 1968! It’s nice to hear from you again. Coming as it did after 1967’s ambitious (and symphonic) Days of Future 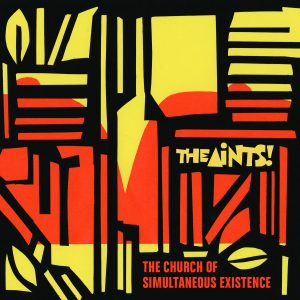 Past, the Moody Blues’s 1968 album In Search of the Lost Chord (Deram / UMC), reissued in an expanded 50th anniversary edition, had a lot resting on its shoulders. A thoroughly psychedelic affair – check out “Legend of a Mind” with its Timothy Leary name-check – it’s a departure in more ways than one. Regardless, the album was accessible even if you weren’t partaking in mind-altering substances. “Ride My See-Saw” is one of the band’s most popular songs, and “Voices in the Sky” and “The Actor” are all worth listening to again (or for the first time, if you’re new to the album). The five “1968 single masters” bonus tracks include “Ride My See-Saw” and “Legend of a Mind.”

The Rolling Stones faced a similar situation when it came to 1968’sBeggars Banquet (Abkco / London), reissued on CD and in a limited-edition vinyl package, for its 50th anniversary. Featuring the original bathroom graffiti cover (and “acceptable” artwork slipcover), Beggars Banquet arrived following an especially prolific period for the Stones in 1967, a year in which the band released three (!) albums – Between the Buttons, Flowers, and Their Satanic Majesties Request. It also marked the beginning of a legendary production partnership with Jimmy Miller who would go on to work with the band on “Let it Bleed” (which turns 50 in 2019), Sticky Fingers, Exile on Main Street, and Goats Head Soup. In addition to featuring two of the Stones’s signature tunes – “Sympathy for the Devil” and the timely “Street Fighting Man,” you will find other favorites including “Jig-Saw Puzzle,” “No Expectations,” “Salt of the Earth,” and “Factory Girl.”

Blues also played a prominent role in the Rolling Stones’s music and the sound of Beggars Banquet. Blues musician Taj Mahal, who performed with the Stones in its Rock and Roll Circus concert (and subsequent movie) made his first foray into the world of movie soundtracks with “Sounder: Original Soundtrack Recording” (Varese Sarabande) bowing for the first time on CD. The 1972 movie Sounder, which earned Cicely Tyson and the late, gay actor Paul Winfield Oscar nominations, was about Southern share-croppers during the great depression. Mahal wrote and performs most of the songs on the soundtrack album which also includes a few Lightning Hopkins selections. It’s hard to imagine another musician who has touched as many aspects of contemporary music more than Brian Eno. A founding member of Roxy Music, a pioneer in art pop and ambient music as a solo artist, and a music producer whose long list of credits include seminal albums by David Bowie, Talking Heads, Devo, U2, and others, Eno’s creative status is virtually unparalleled. Essential albums from Eno’s ambient music recordings, including 1975’s Discreet Music, 1978’s Ambient 1: Music for Airports and 1982’s Ambient 4: On Land (all on UMC / Virgin) have been reissued on 45 RPM double LP heavyweight 180 gram vinyl half-speed masters (complete with certificates from Abbey Road Studios).

Whether or not you are familiar with this aspect of Eno’s work, these stellar rereleases (check out the hypnotic beauty of “1/1” on Side A of Music for Airports) are the perfect opportunity to discover/rediscover his genius.

In the years before the popularity of FM radio and its influence on rock music, as well as the ensuing impact of MTV, regional rock ruled the airwaves. AM radio stations were constantly incorporating releases by artists from the region and playing them alongside songs by nationally known artists such as the Eagles and Led Zeppelin. Kalapana, considered by some to be “the Beatles of Hawaii,” is one such regional rock band from the 1970s. With the release of the 20-track compilation Black Sand: The Best of Kalapana (Manifesto), the rest of us now have a chance to become acquainted with the group. Recommended for fans of yacht rock and Pablo Cruise. Originally released in 2008 and now reissued in an expanded tenth anniversary edition, Keep Your Eyes Ahead (Sub Pop), the fourth album by Portland duo the Helio Sequence, was the sound of a band’s ongoing multifaceted musical evolution. To begin with, vocalist Brandon Summers, who suffered the loss of his voice during a previous concert tour, emerges as a better singer here, more in control of his (limited) instrument. The band also progressed from an act known for its squalling tendencies to a more accessible modern pop style. This transition can be heard on original album tracks such as “Can’t Say No,” “Shed Your Love,” “You Can Come to Me,” and “Broken Afternoon,” to name a few. The 11 bonus tracks are made up of B-sides and rarities.

An off-shoot, if you will, of formative Australian punk band the Saints (of “[I’m] Stranded” fame), the Aints are led by original Saints member Ed Kuepper. The Church of Simultaneous Existence (ABC / Universal), the debut studio album by the Aints (available in a deluxe double disc edition featuring a full instrumental album), is comprised of previously unheard songs composed by Kuepper between 1969 and 1979, some of which fall into the period he was the Saints. For songs that range from almost 40 to 50 years old, they sound timeless. Furthermore, Kuepper and his bandmates manage to conjure a punk energy on the songs “You Got the Answer,” “Elevator (A Song for Barking Jeff Lord),” “Red Aces,” “SOS 75,” and “Goodnight Ladies (I Hear a Sound Without).”

Scottish band Simple Minds released its first two albums in 1979, but it wasn’t until 1982’s New Gold Dream (81-82-83-84), containing the modest hits “Promised You a Miracle” and “Someone Somewhere in Summertime” that people began to pay attention stateside. After that, the ball was rolling and Simple Minds transformed into arena rock hit-makers with the albums Sparkle in the Rain (from 1984) and Once Upon a Time (from 1985). After a hit song on a movie soundtrack – “Don’t You Forget About Me” from the Breakfast Club — they seemed unstoppable.

But that proved to be untrue. Simple Minds’s output for the rest of the 1980s through the 1990s and early 21st century was simply uninspired. That’s what makes Walk Between Worlds (BMG) so exciting. A return to form if there ever was one (just listen to “The Signal and the Noise”), the album finds charismatic front-man Jim Kerr and company confidently walking back into our world. Long before suburban kids began to embrace electronic dance music and overdose on an assortment of mystery drugs at festivals such as Ultra and Electric Forest, the groundwork for the genre was being laid in the 1970s by artists such as Kraftwerk, Giorgio Moroder, Yellow Magic Orchestra and Jean Michel Jarre. The 41-track, multi-disc remastered Ultimate Box set Planet Jarre (Legacy), features a download card to access tracks in 5.1 (surround sound).

The Helio Sequence performs on November 30th at Johnny Brenda’s in Philadelphia and on December 4th at Songbyrd Record Cafe and Music House in Washington, DC.