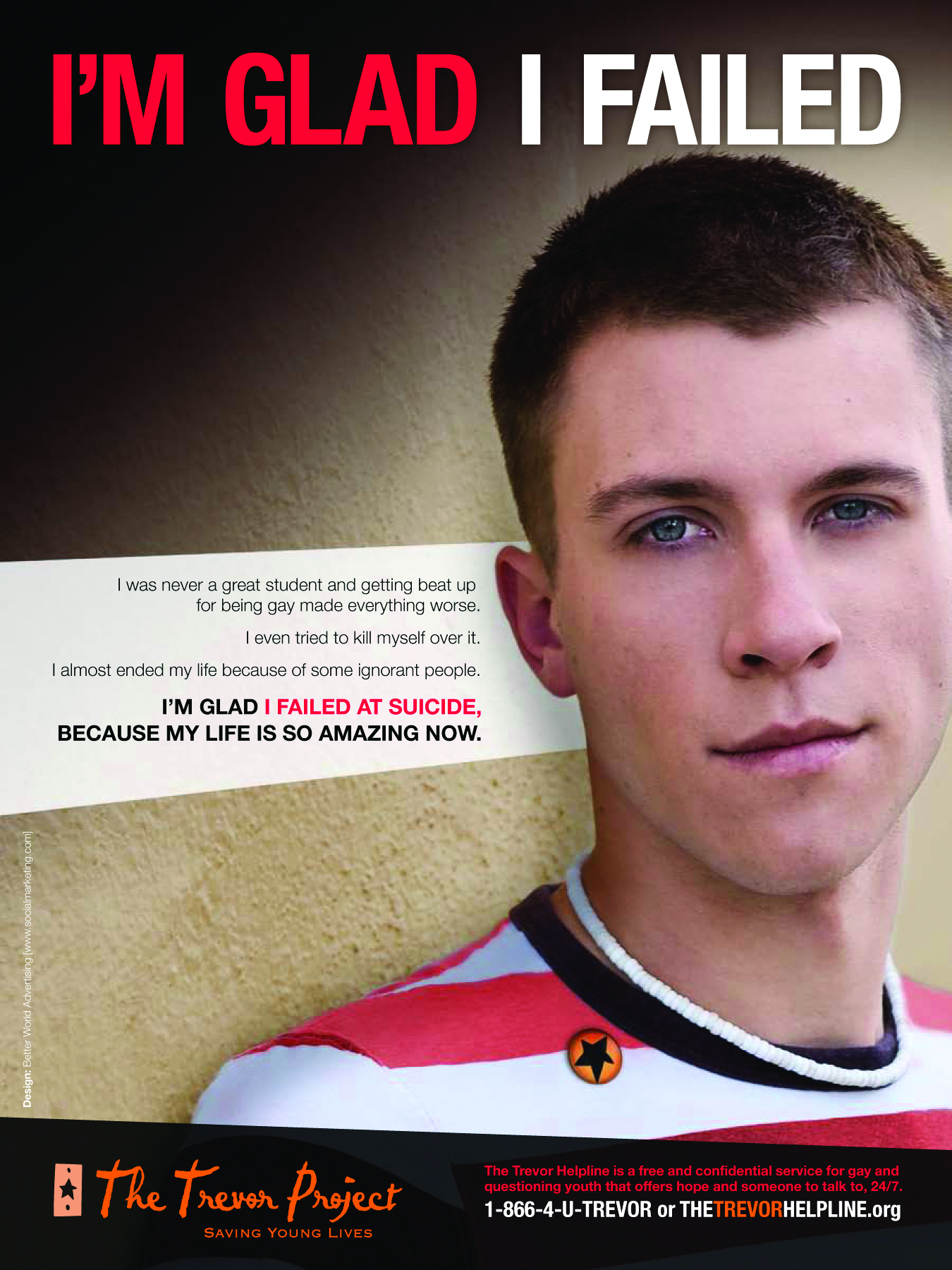 The Trevor Project started in 1998 as a suicide prevention hotline for LGBT youth. Besides directly supporting youth through its phone and text hotlines, the Trevor Project has become a major force in advocating for better social conditions and more accessible mental health care for LGBTQ young people.

This month, the Trevor Project released the results of its third annual survey on LGBTQ youth mental health. Thirty-five thousand young people throughout the United States, aged 13-24, were included in this study. Thirty-eight percent reported identifying as transgender or non-binary. Participation by youth of color was 45%, a sign that the survey reached diverse social groups. The geographic distribution of participants was in proportion to the distribution of the US population.

The results show that the situation of LGBTQ youth has not improved as much as those of us who live in more liberal areas might think. A large majority (72%) had signs of anxiety or depression. Nearly half reported that they wanted counseling from a mental health professional in the past year, but could not get it. Conversion therapy is still occurring.

Considering actual suicide attempts, rather than suicidal thoughts, attempts were much more common among youth of color. Thirty-four percent of Native American youth, 21% of Black youth, 21% of multiracial youth, and 18% of Latinx youth attempted suicide compared to 12% of white youth.

Transgender and nonbinary youth who were able to change their name and/or gender marker on legal documents, such as driver’s licenses and birth certificates, reported less than half the rate of attempting suicide (11%) than those who were not able to change their documents (25%.) This may be in part a measure of family support.

In an additional source of stress, discriminatory legislation targeting transgender youth has been introduced in more than 33 US states so far in 2021. In 21 states, the proposed laws would make it illegal for physicians to provide appropriate medical care to transgender youth.  Other proposed laws target the ability of transgender children and youth to use the appropriate bathrooms in schools and other public places and deny their ability to participate in sports on an equal basis.

LGBTQ youth who had access to support for their sexual orientation and gender identity reported lower rates of attempting suicide. The commonest sources of support were online resources (70%), followed by school (50%), then home (30%.)

On the other hand: 1 in 3 LGBTQ youth found their home to be LGBTQ-affirming! Half of all LGBTQ youth said that their school was LGBTQ-affirming! These numbers are much better than they were 20 years ago. However, 20 years is unimaginably long – a lifetime- to a teenager, and a comparison like this does not help youth who are suffering today.

If you would like to be part of the effort to support young LGBTQ people, there are several places you can start. Either the national website or your local chapter of Parents and Friends of Lesbians and Gays (PFLAG) is a good source for finding ways to assist. If your community has a LGBT community center or advocacy organization, they will know of local resources. The Trevor Foundation trains volunteers to be online crisis counselors from home, or at their call centers in New York and California.

More detailed information about the study is available at the thetrevorproject.org.