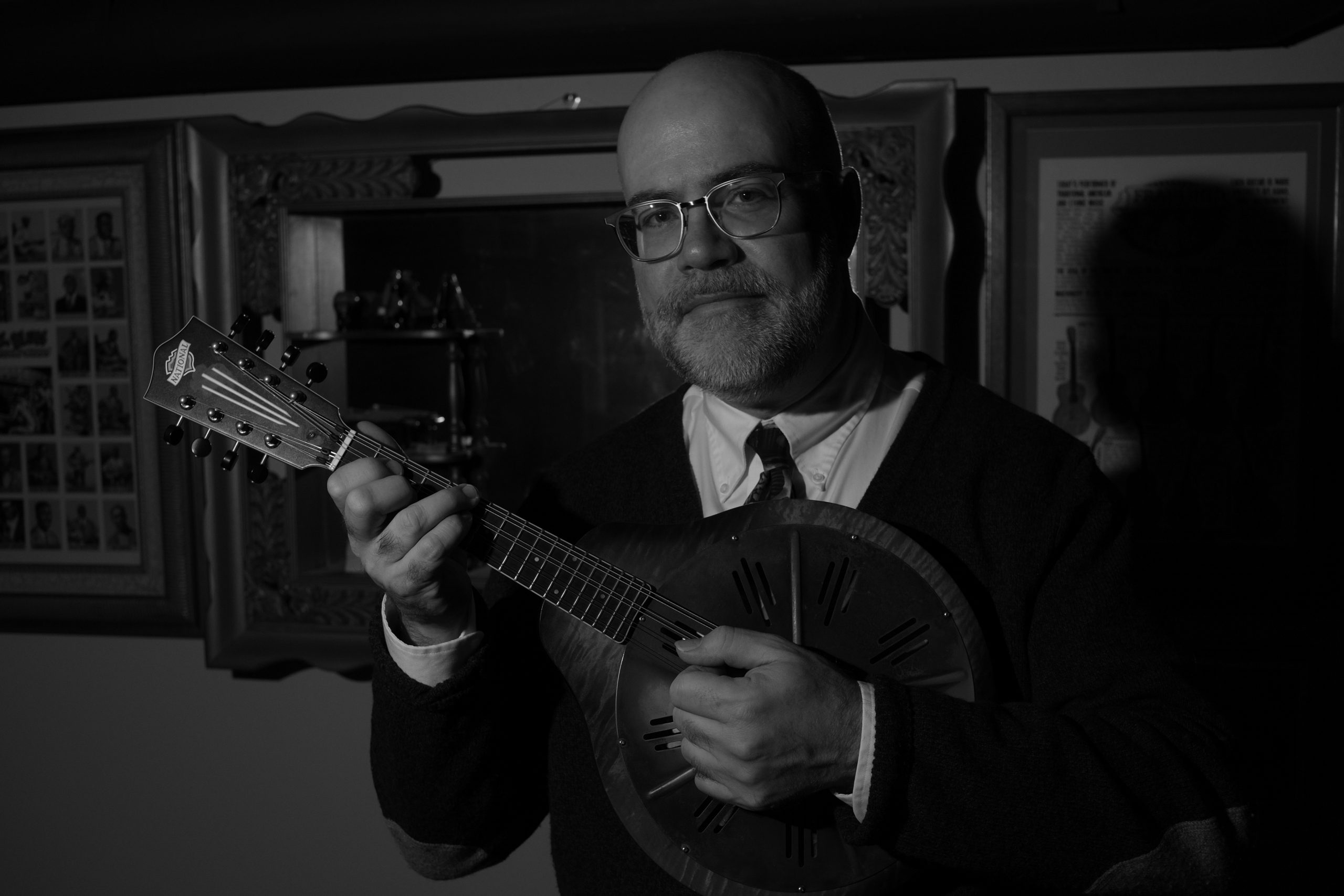 Lesbian singer/songwriter Tret Fure has been a prominent force in the women’s music world for many years. However, unlike many of her sisters in that independent scene, Fure actually began her career as a major-label artist, releasing her eponymous 1973 debut album on Uni Records. In addition to the original tunes, that album also featured Fure performing a cover of “My Love,” by lesbian rock legend June Millington (of Fanny fame). Fast forward almost 50 years later and Fure returns with her 13th solo album (excluding the three she recorded with Cris Williamson), the introspective Stone by Stone (Tomboy girl). The face mask Fure wears in the inner album art photo, as well as songs such as “Far Too Fast” and the exceptional “Across The Room,” firmly place Stone by Stone as a pandemic album. That may also have something to do with the thoughtful mood of songs including “Monuments,” “Afterlife,” “Old Tin Cup,” “My First Guitar” and the title track.

Miami-based gay singer/songwriter Jay Thomas teamed up with his sister Zjolie for the three-song EP Concierta Quarantina (heyjaythomas.com), the follow-up to his Fantasma Tropical album. Despite the subject matter, the sibling duo have created a trilogy of songs that make the thought and threat of (pre-vaccine) lockdown more bearable. The boredom sentiment of “Given Time” is something to which many people can relate. The addition of a dance-beat gives the song an unexpectedly celebratory atmosphere. Thomas’ aforementioned Fantasma Tropical lives up to its name by being both haunting (“Can’t Hold Me”) and influenced by the steamy climate (“Sunshine”).

Combing the loud-quiet-loud aesthetic with the exotic and breathtaking vocal range of lead singer Catrin, London’s Another Sky makes a soaring impression with its debut album I Slept on the Floor (Fiction/Missing Piece). The predecessor to Another Sky’s Music For Winter Vol. 1 (on which the band’s bassist, synth player and backing vocalist Naomi came to terms with being in a same-sex relationship in opposition to her religious upbringing), I Slept on the Floor is the kind of thrilling introduction to a band that comes along every few years. To Another Sky’s credit, the songs “Fell In Love With the City,” “Life Was Coming In Through The Blinds,” “Brave Face,” “Avalanche,” “Only Rain” and “Let Us Be Broken,” successfully sets it apart from other bands and bodes well for a promising future.

The Theory of Absolutely Nothing (Nettwerk), the debut album by queer Australian singer/songwriter Alex The Astronaut (aka Alex Lynn) is an utter delight. Aside from being more than a little reminiscent of fellow queer Aussie Courtney Barnett on the song “I Think You’re Great,” Alex The Astronaut effortlessly establishes her own musical identity. From the joyful “Happy Song” and somewhat darker “Lost” to the revealing “Split the Sky,” “I Like to Dance” and “Caught in the Middle,” Alex The Astronaut gives melodic voice to the personal and social issues with which many struggles on a regular basis. The gorgeous “Christmas In July” sounds great any time of the year.

With advance words of praise from author Neil Gaiman, and influences ranging from classical to electronic to the Beach Boys/Brian Wilson and Kurt Weil, experimental queer singer/songwriter Fredo Viola draws us into his renewed world (following a lengthy battle with Lyme disease), on the LP My New Head (Revolutionary Son). At a time when we could all use some healing, Viola’s dramatic touch, orchestral and theatrical, suits the songs well, especially on “Sunset Road,” “In My Mouth,” “Clouded Mirror,” “Waiting For Seth,” and the wondrous “My Secret Power,” which comes the closest to being a traditional pop tune. (My New Head is out in April.)

A couple of questions you (as well as this writer) may have about Paranoia (maggielindemann.com), the debut EP by bi singer/songwriter Maggie Lindemann. With eight songs, why is it considered an EP? It’s an album, and that’s that. Why does the album sound as if it was recorded in a time machine with the dials set to the late 1990s? Seriously, “Knife Under My Pillow,” “Crash and Burn” and “Scissorhands” come across like an Avril Lavigne/No Doubt hybrid. “Gaslight” could be a lost Limp Bizkit number with its larynx shredding vocals, while Lindemann goes after Jewel’s crown on “Love Songs.”  If Paranoia is intended as homage, then job well done. If not, an explanation would be greatly appreciated.

Once in a while an album shows up that is so surprising that it’s a pleasure to share with others. Better Part of Me (alexjulia.bandcamp.com), the debut EP by lesbian singer/songwriter Alex Julia is a good example. Take the album opener, “It’s Coming.” The song teeters `80s guitar rawk and 21st indie vocals. Here’s the thing – the EP keeps getting better from there. The title track incorporates synth beats and a roaring guitar and “Counting Stars” continue to make good use of those beats. Acoustic closing track, “Feeling More,” strips away all the effects for an effective finale.

How lucky are we to have a distinguished and brilliant musician such as Kaki King as a member of the LGBTQ+ community? Honestly, you haven’t lived until you’ve caught her performing in concert and watched what her hands can do to virtually every part of a guitar. After taking five years between albums, King returns with her new LP Modern Yesterdays (Cantaloupe Music). The very definition of a pandemic album (King and the album’s production collaborators contracted COVID-19), the experimental instrumental songs “Can’t Touch This or That or You or My Face,” “Sanitized, Alone,” “Forms of Light and Death” and “Default Shell,” say it all wordlessly. King, who never set out to be a pop icon, approached accessibility on 2006’s post-rock album …Until we Felt Red and even plays guitar on the song “Ballad of the Beaconsfield Miners” on Foo Fighters’ 2007 Echoes, Silence, Patience & Grace album. But we love King for her idiosyncratic talent and as such, it’s on glorious display on Modern Yesterdays

While we’re on the subject of amazing queer instrumentalists, it’s possible that Don’t Walk Away From the Stove (Ruthless Rabbit), the hot 2017 LP (which includes a download card) by Chicago-based gay guitarist John Hasbrouck was undetected by your radar (it slipped by mine). But vinyl has a long shelf life and this timeless album shouldn’t be missed. Joined on the 15-song album by “top players from the traditional jazz scene in Pilsen on Chicago’s Lower West Side,” Hasbrouck performs selections from the 1920s that sound fresher than ever in the 2020s. Hasbrouck’s “instrumental string band jazz” interpretations of songs such as “Cold Mornin’ Shout,” “Limehouse Blues,” “Sweet Lorraine,” “Mean To Me,” “Chinese Break Down” and “Harrisburg Itch,” are as sturdy as the vinyl on which they are played.