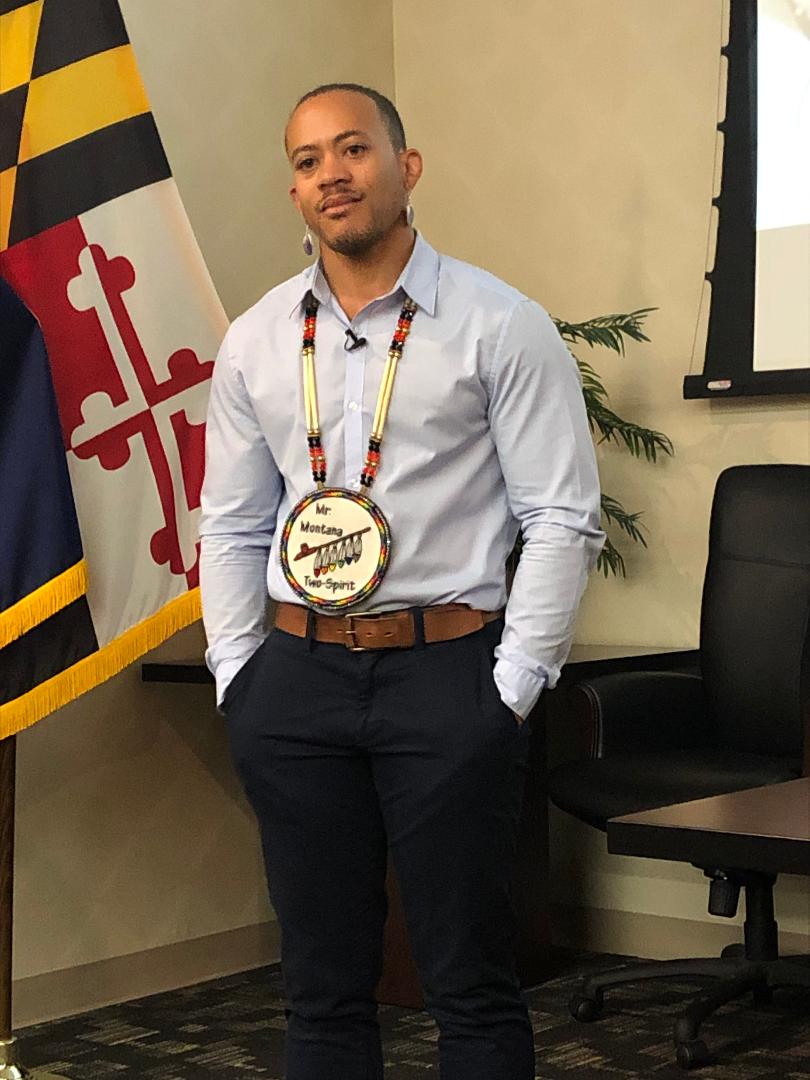 People fear the unknown. Ignorance is born out of fear. A few years ago, many people who were apposed to gay rights would argue that no one they knew was gay. They would feel that they had never met a gay person and that no one in their family was gay. Over the last few years, gays and lesbians have made great strides in visibility with many popular TV shows featuring gay characters and openly gay and lesbian persons becoming leaders in their communities. We now even have an openly gay man running for president of the US.

The fight for equality is far from over and no group is more aware of today’s struggles than the transgender community. With President Trump’s ban on transgender persons serving openly in the military taking effect last month, it is time to teach the public that there are hardworking persons in our communities, who just happen to be transgender. On the front lines of this education is Staff Sergeant Shane Ortega who lectured at the Baltimore Veterans Administration (VA) on Friday, June 7th.

Sergeant Ortega was introduced by Jillian Silveira, a VA occupational therapist who serves as the VA Maryland LGBT veteran care coordinator. She presented a basic introduction to explain gender dysphoria and started with the fact that in 1973 the American Psychiatric Association removed homosexuality from the list of mental disorders, and only recently in 2013 stopped classifying being transgender as a mental illness. She added that the VA insurance covers chest binders, voice/pitch therapy, hair removal, and many other services for the transgender community, but does not currently cover reassignment surgery. She lamented that many transgender veterans are often called by the wrong pronouns during appointments and suggested that patients could be addressed as Veteran Jones or Veteran Smith, since the term is gender neutral. Although 25% of veterans are part of a sexual minority, there still remains a stigma. Furthermore, it is estimated that there are 134,000 trans American veterans.

Shane Ortega was born in Patuxent River, Maryland, into a military family. His father served in the US Army, his mother served in both the US Navy and US Army, and most of his other relatives have military backgrounds. He entered the US Marines as a woman, serving two tours in Iraq, and after his transition, served in the US Army as an aviation flight engineer, becoming the first openly transgender person to serve in the US military. He finds much strength in his heritage as a Native American and explained that many indigenous peoples value those who are “two-spirt,” or have both male and female spirits, constituting sort of a third gender. In fact, there are 63 different words to describe someone’s gender in his culture. Shane added, “You cannot package that which cannot be packaged.” His tribal upbringing guided him when he began his transition in 2009 while in bomb technician school. Surprisingly he explained that he experienced very little harassment while in the Marines because he was perceived as “a strong black woman who could dish it out and directly address any negativity that came in his direction.” Likewise, in the Army his presentation of himself was “like a performance. He was the tough GI Joe. He was a super masculine bodybuilder that no one wanted to mess with.” He also got along well with supervisors because he was good at his job and lots of money was spent on his education. The recent ban on transgender people in the military is a step backwards and obviously not well thought out.

Forty years ago, the VA did not cover any services for transgender veterans. Now everything is covered except surgery, with activists hoping that someday everything will be covered.

After Ortega’s presentation, which included lots of questions from the audience, a presentation was held for over 70 medical professionals on the issue of proper treatment of transgender veterans at the VA. The lecture was also carried live via V-Tel to other VA centers. According to Rosalia Scalia, the clinicians were very engaged in the presentation which lasted over three hours. Ortega talked about the importance of talking to veterans about their inner plan, about who is their support system, what their reproductive choices are, and, in general, what they have to say about themselves. With the high rate of assaults and suicide in the transgender community, he encouraged veterans to start phone trees like in the military with their support groups so that if they do not show up someplace where they are supposed to be by a certain time, someone can check on their whereabouts.

The VA is working hard to provide care for all our LGBT veterans, even in these troubled times.