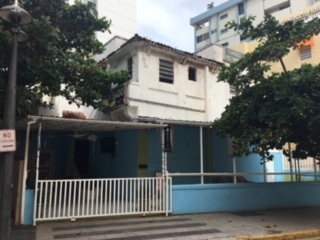 San Juan, Puerto Rico, is a perfect place to visit for a mini “gaycation” because of its uniqueness. It has beautiful mountains, beaches, and a rainforest. It is home to the coqui, a small frog that is native only to Puerto Rico. It is also home to Ricky Martin, the gay pop singer. The flight from Baltimore is a little more than four hours, and if you catch a Southwest Airlines sale, a round trip ticket can cost around $240. A four-star hotel can cost as little as $90 a night. Puerto Rico has a special relationship with the U.S. because it’s an unincorporated U.S. territory. San Juan is the capital and it was founded by Spanish colonists in 1521. Since then, the island has evolved and transformed into a place where many residents have a deep-rooted sense of regional pride. Although improving, the treatment of the LGBT community within Puerto Rico has been rocky. There have been horrific events that have left a stain on its LGBT history. With Puerto Rico’s complex status with the U.S., its evolving LGBT history, and its tourist sites, makes this a fascinating place to visit.

Because Puerto Rico is not a state, its population of 3.5 million is without a political voice because it has no U.S. senators, no U.S. representatives, and no electoral votes to apply toward presidential elections. (D.C. residents enjoy the 23rd Amendment to the Constitution that entitles it to three electoral votes.) Instead, it sends a Resident Commissioner to the House of Representations that serves a four-year term. (America Samoa, D.C., Guam, Northern Mariana Islands, and the U.S. Virgin Islands send delegates to the House for two-year terms.) The Resident Commissioner and the delegates are both without full House voting privileges, but can vote in House committees of which they are a member and can introduce legislation. Although Puerto Rico does participate in U.S. presidential primaries, it only sends delegates to the Republican and Democratic national conventions to vote on the nominee.

Although the environment for the LGBT community continues to improve in Puerto Rico, the LGBT has encountered social problems and the LGBT history is filled with recent tragedies. Many in Puerto Rico are influenced by the Roman Catholic Church as well as socially conservative Protestants. This may reflect a Pew Research Center survey that shows in February 2014, 33 percent of Puerto Ricans support same-sex marriage and 55 percent opposed. Although the law has changed since the U.S. Supreme Court decision in Obergefell v. Hodges in June 2015, which held bans on same-sex marriage unconstitutional, the opposition to same-sex marriage prior to the decision was high.

There have been several cases of violence against the LGBT community. On November 14th, 2009, the dismembered body of Jorge Steven Lopez, a 19-year-old college student was discovered in Cayey, Puerto Rico. He was a volunteer and advocate for organizations that promote gay rights and HIV prevention. On April 19, 2010, the body of Ashley Santiago, a transgender woman, was discovered in her kitchen. She was found naked and stabbed 14 times. On September 13th, 2010, the bodies of Justo Luis “Michelle” Gonzales and Miguel Orlando “La Flaca” Soto, two transsexuals, were found murdered along the road in Juana Diaz. Overall, within the past 15 years, there have been several homicides targeting members of the LGBT community in Puerto Rico.

The laws in Puerto Rico have evolved to help reflect social change. Puerto Rico does have anti-discrimination laws in the workplace and has taken other steps to stomp out discrimination. However, it still does not have anti-bullying laws to protect LGBT students or any laws that ban conversion therapy. Like many states in the U.S., Puerto Rico is still evolving.

San Juan does have a large gay community. It has more than five gay bars. La Sombrilla Rosa, a gay bar, is located in the heart of the historic district of Old San Juan, a walled city that has beautiful colored houses and lots of shops. In that area, you can also find amazing historic sites that include the Castillo San Felipe del Morro, a beautiful old fort that that was used to protect the city. Condado is the beach area that has several wonderful restaurants and pathways alongside the beach. Oasis, another gay bar, is located in the heart of that area.

With Puerto Rico’s warm climate always calling, escaping Maryland’s cold winter days is just a few hours away. There is no need to worry about converting money because the dollar is the currency. Although Spanish is the dominate language, a vast majority of locals speak English. With Puerto Rico being a part of the U.S., you should explore and see what wonderful diversities your country has to offer.