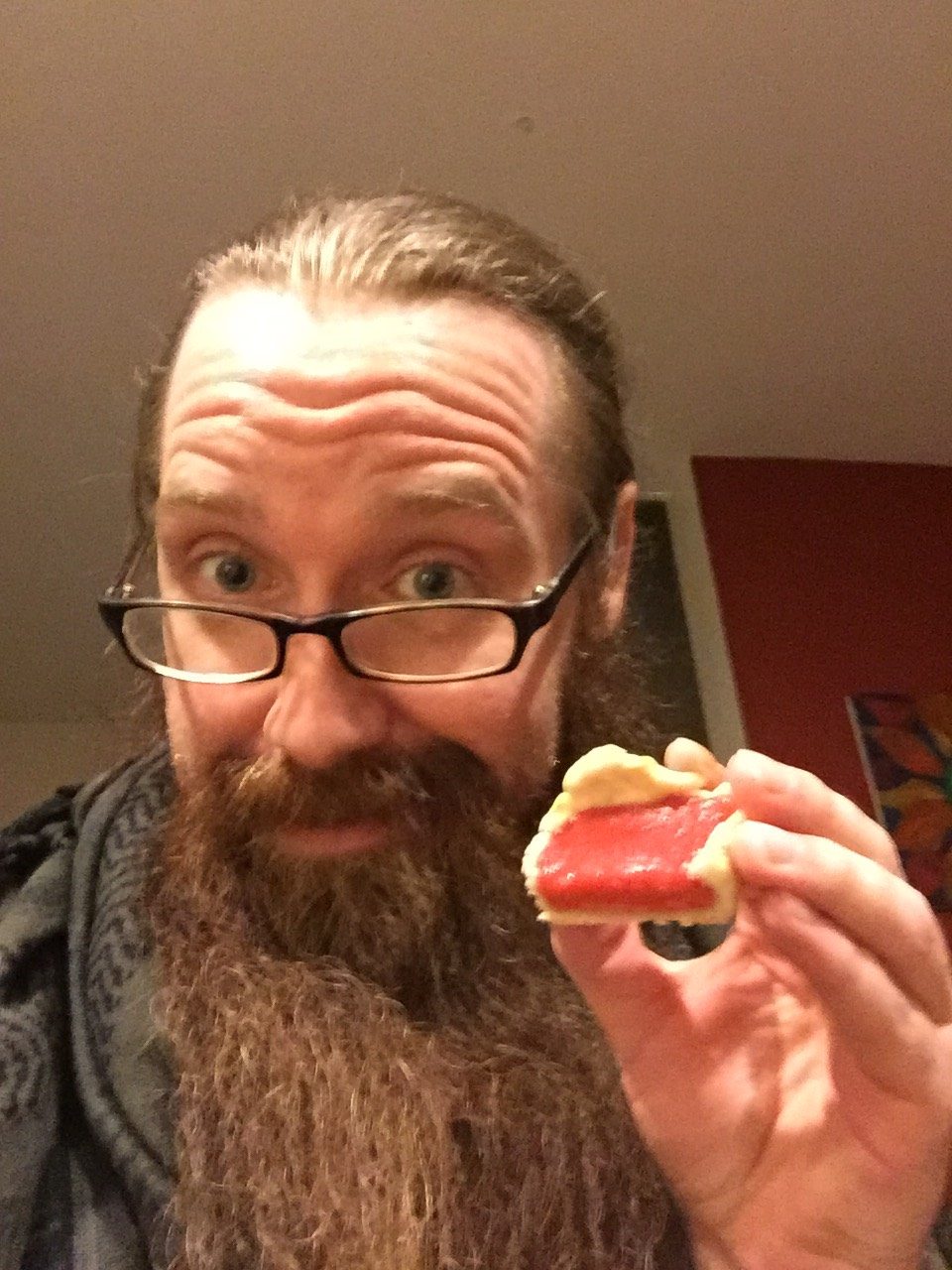 By the time you read this, the holiday season will be in full swing. My anxiety will also be in full swing because, as a nervous and incompetent cook, I will be preparing to face down my old enemy: holiday potlucks.

Don’t get me wrong. Overall, I like potlucks. I like getting together with friends and loved ones and catching up. And sure, it’s nice to eat other people’s food, especially if they know how to cook. But for those of us who struggle in the kitchen, this can be a stressful time of year. Potlucks are like a “Project Runway” challenge: your dish needs to express who you are while staying on theme and should be perfectly executed while also not playing it safe. That’s a lot to juggle for someone whose skill set ends at sandwiches and pasta.

We have potlucks because food brings us together and is a way of showing we care for others. I like to think that I’m good at caring for others, but my limited culinary skills would indicate otherwise. At potlucks I often feel like everyone else’s dish is reciting poetry while mine is struggling with its ABC’s. Sure, store-bought food is fine for most potlucks, but I still want to attempt cooking because I think the effort demonstrates caring. And, if you have little skills, you need to make a big effort.

Add to that the bundle of neuroses that make Brian’s Brain what it is. I avoid making entrees and sides because in the back of my mind I’m always certain that I will accidentally poison myself and everyone I know. That narrows the options to baking, the safest and (usually) most difficult to screw-up of all the food types.

Last week I went to Bea, my longtime friend and go-to food genius, for help in selecting a holiday themed dish for a Friendsgiving potluck. Yams were out (too cliché, not enough pizazz), and all the other traditional sides had been claimed by more confident cooks who didn’t hesitate when the sign-up sheet was posted. We decided on a cranberry dish, but wanted to make a statement, something that would really wow the “Project Runway” judges.

We landed on the Cranberry Curd Tart, a New York Times recipe that, like its crossword puzzles, is not for the faint of heart. We made some modifications, nixed the hazelnuts and gluten-free crust in favor of more sensible options, and opted for mini tarts. This was a new recipe for Bea, but it’s been on her baking bucket list for a while and she was confident we could pull it off. Meanwhile, I had yet to understand what curd really is.

The prep time is listed as 90 minutes, which is absolutely fake news. The endeavor easily took five hours, and it was brutal. The cranberries were cooked out of their skins, then mashed through a sieve. Butter was added, followed by eggs. Vigorous stirring and constant temperature were imperative, otherwise the eggs would scramble and we’d have to start over. And the dough, which needs to stay cold whilst being rolled, shaped, and put into tins, seemed like some kind of punishment from Dante’s Inferno.

We learned a lot from the experience, which didn’t end until about 4 am. I learned that I’m not a complete lost cause in the kitchen, as long as I have friendly support and clear instructions. Bea learned how to tweak the recipe further for better results next time. And the tarts are delicious, so there will be a next time, hopefully soon.

If you’d like to make your own Cranberry Curd Tart, the recipe is available at Cooking.nytimes.com and is authored by David Tanis. Hint: read the comments and do some research before beginning. Some clever cooks have found a number of hacks and substitutes to simplify the recipe. Bon appetit!