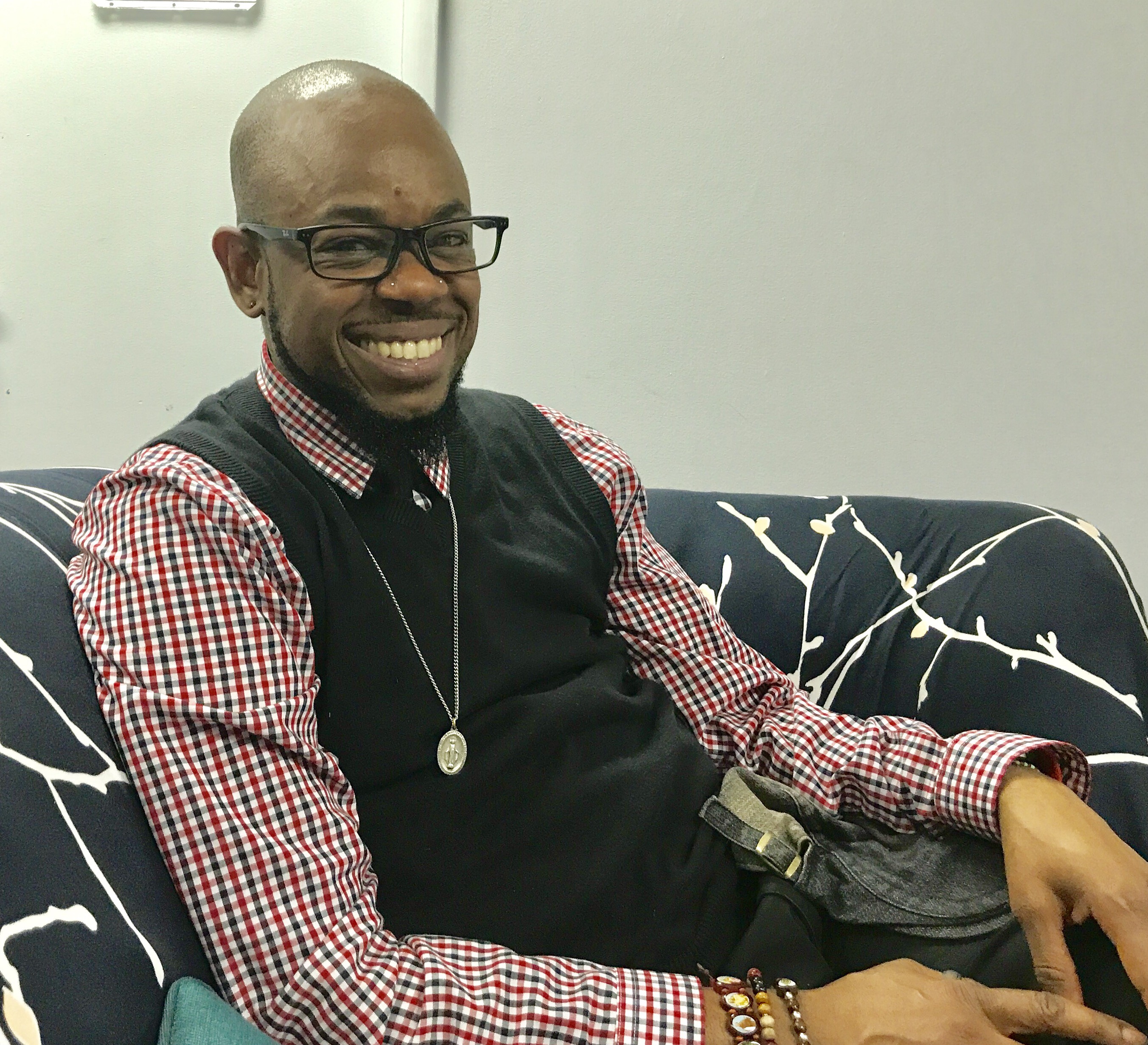 “I am the transgender son of a black Panamanian immigrant.” So, begins Merrick Moses, by way of self-introduction. The many worlds this statement unleashes is just the beginning of his complex and beautiful Baltimore story – one that spans decades of hardship, growth, and inimitable progress. Merrick Moses came to Baltimore as a teenager searching for a refuge. Along the way he found his true self, and that journey encompasses the pain, courage, and determined endurance of our city itself. As a victims rights advocate, Merrick daily helps those who have been traumatized by crime navigate their way through the Baltimore court system. As an ordained priest, he returns again and again to his own spiritual core to pastor others. And as the new president of the GLCCB board, he hopes to motivate the community to heal its internal divisions and move forward together to face the dangerous threats of Donald Trump’s national agenda.

The roots of Merrick’s story are as American as fabled apple pie, with the familiar brutal twists of Jim Crow white supremacy, class subjugation, religious certitude, and wide-eyed belief in that elusive American dream. “I grew up with a work ethic that was basically if you work hard, good things will happen. My mother’s father was a coal miner and my father’s father was one of the diggers on the Panama Canal, and a tailor as well. So hard work runs in my blood…”

It was the late 1950s and his father asked the white American boss in Panama for a raise of 14 cents per hour for his hard labor. When the request was denied, he quit the job and ventured to New York on his own, joining a sister already in Brooklyn. “America was still the land of plenty for black men of his age,” says Merrick, who was born 14 years later to his father and mother, who was one of the first black managers of a major department store in the city.

Merrick’s father was a devout Catholic, and he made sure his son attended Catholic schools throughout his childhood in Queens. But Merrick’s deep religious searching and questioning began at a very young age. “What troubled me about the church was there was this white Jesus on the wall … and at home, my mother was telling me that Jesus was black, because she was raised Baptist. And she showed me the scriptures.” At nine Merrick began exploring Buddhist books and practice, started meditating, and continued to read literature from Zen masters. At the age of ten his living conditions deteriorated; a move into his mother’s family home with an uncle who was a raging alcoholic and whose violent mood swings introduced a reality of danger and trauma in which young Merrick felt woefully unprotected. Even at that time, he says, he did have somewhere to turn: “I used my spiritual practice to find refuge, to find peace – I had to find a core.”

Meanwhile his Queens neighborhood was an increasingly incomprehensible place, with people literally “dropping dead around me.” AIDS cast a wide net in Merrick’s world – drug users, people with multiple sexual partners, a female cousin with two babies. At this time Merrick was being bullied in school for being the oddball kid, the nerdy kid, the kid with gender issues – all very confusing and painful. “I had always been a masculine child,” he says, hanging out with male cousins and friends, secretly dreaming of joining the Boy Scouts instead of the Girl Scouts. When a cousin he had grown up with and considered a brother was murdered in front of a post office, it was a devastating blow. Out of their grief he and another cousin formed a group called CLIMB – Commitment to the Longevity and Improvement of Male Blacks, a kind of rites-of-passage program based on different African spiritualism which Merrick had researched. In a support role to his male cousins, Merrick acknowledges that it was a backhanded way to live out this fantasy of being in the male world, but “ I could only live out so much, because I was female-bodied.”

So, Merrick turned inward. “I lived a life in my head that nobody knew about. I lived a life where I had a wife and kids in my head. I didn’t know that that was being a lesbian – there were no words around it at that time. I wanted to live as boy.” But with no words around it, no words were spoken. Only once he had a glimpse – a chance episode of the Phil Donohue Show which featured transgender guests from Paris is Burning lit something within and he thought: maybe that could happen. After the show he asked his mother out loud if she had ever wanted to be a man, and the swift negative response it evoked stunned him. Looking back now, Merrick recognizes, “I was looking for resonance from her, and her response shut me down for years. So, I learned how to live in my head.” He also took refuge in knowledge, in learning information as a way to be respected and to excel and be independent.

This quest for knowledge brought Merrick to Baltimore, a city he knew nothing about – except that there were black colleges here. The Black and Hispanic Student Union at his school took a tour of this region, and he fell in love with Morgan. On full scholarship, he graduated in 1996 with a degree in psychology and a minor in Spanish. Baltimore was a great culture shock in some ways, as there was little ethnic diversity among Afro-Latinos. “I didn’t meet any people like me, at that time I had dreadlocks – they thought I was from Jamaica. When I said no, I’m Panamanian – nobody knew what that was.”

But he was determined to stay, and Merrick credits Morgan with giving him the tools to deal with going back home as his own person. In 1998 he came out and also attended his first Pride in New York, which he describes as amazing sensory overload. “People were out, breasts were out, everything was out, “ he smiles, “I’ve never seen anything like that – I’m a black Catholic kid from Queens! And a part of me said this is a sin and part of me said no you feel at home, and I did feel at home and I did a lot of spiritual work around feeling that unease.” Always the work.

And Baltimore was calling Merrick Moses. In May of 2001, he returned for good.

Coming up in the next issue: Part II: Living My Most Authentic Life 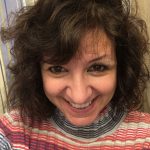