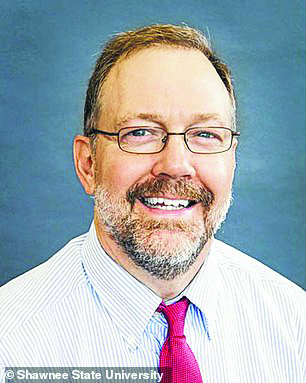 Portsmouth, Ohio  The Daily Mail and Associated Press report that a federal judge dismissed a professors lawsuit against a small, publicly funded university in Ohio that reprimanded him for refusing to address a transgender female student using the students preferred gender terms. Nicholas Meriwethers lawsuit alleged that Shawnee State University officials violated his constitutionally protected rights by compelling him to speak in a way that contradicts his Christian beliefs. Schools officials contended that such language was part of his job responsibilities, not speech protected by the First Amendment, and that the case should be dismissed.

US District Judge Susan Dlott threw out the lawsuit on February 12th, agreeing that the manner in which Meriwether addressed the student, known in the complaint as Jane Doe, wasnt protected under the First Amendment. The Court concludes that Meriwether failed to state a claim for violation of his rights under the US Constitution, Dlott wrote in her ruling, as cited by Metro Weekly. His speech  the manner by which he addressed a transgender student  was not protected under the First Amendment.

Meriwether, who had taught philosophy at Shawnee State for two decades, had received a written warning for violating the schools nondiscrimination policy and unsuccessfully challenged his reprimand in a grievance process. Meriwether said he treated the student like other biologically male students and continued referring to the student as mister. In November 2019, the Alliance Defending Freedom, a Christian conservative law firm based in Arizona specializing in cases involving religious freedom, sanctity of life, and marriage and family, filed the federal lawsuit on Meriwethers behalf. The lawsuit alleged that the university punished Meriwether for expressing views that differ from its own orthodoxy and for declining to express its mandated ideological message. (The Daily Mail & Associated Press  Snejana Farberov at Dailymail.co.uk/news/article-8013105/US-judge-dismisses-lawsuit-transgender-pronoun-dispute.html)