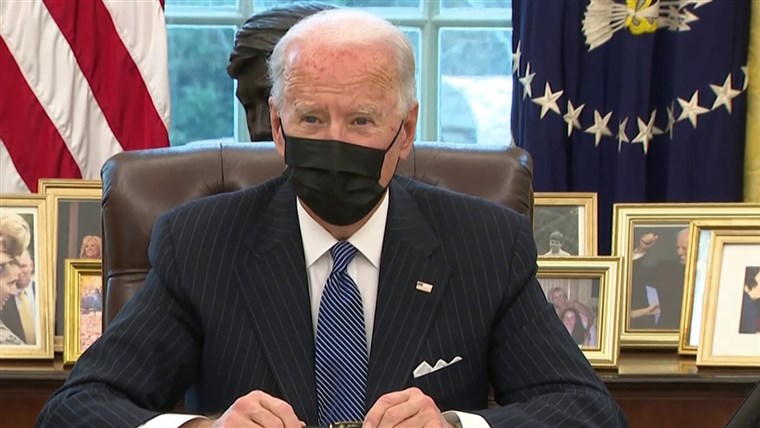 Washington, DC – President Joe Biden has reversed Donald Trump’s ban on Transgender people serving in the US military. “Allowing all qualified Americans to serve their country in uniform is better for the military and better for the country because an inclusive force is a more effective force,” the White House said in a statement. “Simply put, it’s the right thing to do and is in our national interest.”

Biden’s new executive order, signed on January 25, allows Trans people to serve openly in the US military, as they could under the Obama administration. Biden also ordered military records to be corrected if service members were discharged or denied reenlistment or continued service due to their gender identity. The Obama-era rules were cancelled by Trump in a 2017 tweet forbidding Trans people “to serve in any capacity in the US Military.” As justification, Trump cited medical costs and potential “disruption.” Lawsuits on behalf of Trans service members promptly followed. Two federal judges stayed the ban, but the Supreme Court ultimately let the ban take effect in a 5-4 vote in January 2019. The Trump ban affected up to 15,000 service members, according to tallies from the National Center for Transgender Equality and Transgender American Veterans Association.

“Repealing the military ban sends a powerful message that transgender people belong in our country,” ACLU senior legislative representative Ian Thompson said in an emailed statement. The ACLU represented a number of Trans plaintiffs suing to overturn Trump’s ban. “This is a significant and hopeful moment for our country. Over the last three years, we’ve fought to prove that transgender people are not a burden, a hindrance, or a distraction – we are an equal and contributing part of this society just as much as any other group, and this development vindicates that basic principle” said Staff Sergeant Cathrine (Katie) Schmid, a 15-year active service member of the US Army. (Seattle Gay News – Mike Andrew at http://www.sgn.org/sgnnews49_05/page1.cfm)