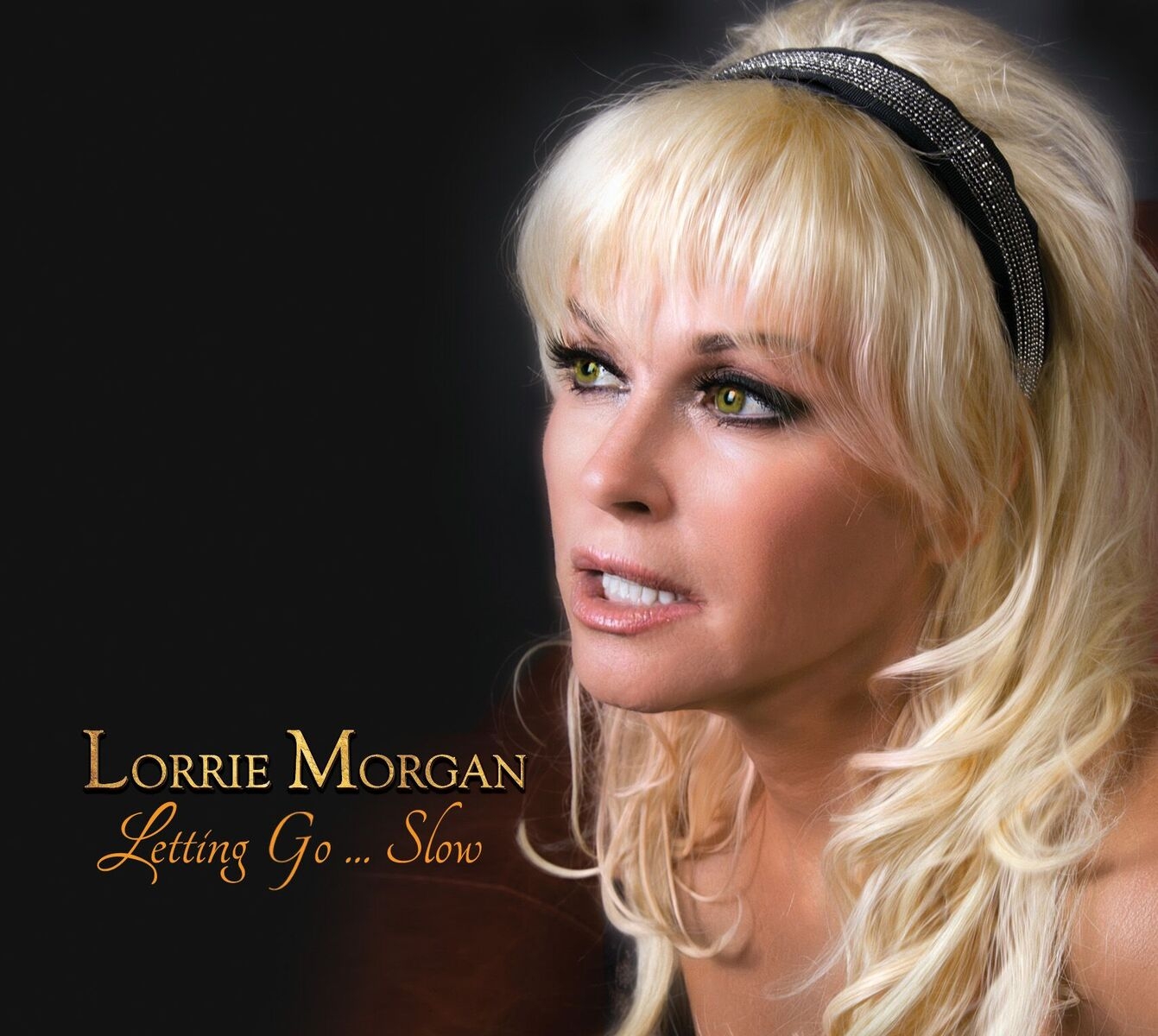 An interview with Lorrie Morgan

It’s been five years since country diva Lorrie Morgan released a new studio album. If you’ve been waiting patiently, your persistence is about to be rewarded with not one, but two new albums from Morgan. The first, Letting You Go… Slow (Shanachie), is a fabulous mix of covers of classic tunes (“Ode To Billie Joe,” “Lay Lady Lay,” “Is it Raining at Your House?”) with newer selections (“Slow,” “Something About Trains,” the Morgan original “How Does it Feel”), that is a most welcome return. The second album, A Picture of Me (Goldenlane) takes an unusual approach to the greatest-hits concept with all-new recordings of some of Morgan’s most beloved songs, alongside cover versions of some of her personal favorites. I spoke with Morgan about the new albums and more before she embarked on a concert tour.

Gregg Shapiro: Lorrie, I’d like to talk about your new album Letting You Go… Slow from the outside in, beginning with the retro album cover and hairstyle. I love it and it immediately brought Tammy Wynette to mind. Was that the intention?

Lorrie Morgan: [Laughs] It wasn’t to bring Tammy to mind. Bridget Bardot was the actual inspiration. We wanted it to be a classy album shoot. Not your typical, “Okay, smile! Here we are!” album cover. When you open it up, some it’s a little sexier than most. That’s how I wanted to do it. I said, “You know what? I want to do this while I’ve still got it. I don’t know how long I’m going to keep it [laughs].”

GS: On the back cover there’s a picture of you and your dog Weezy. Would you please say something about your dogs?

LM: Well, I could say a lot! I’m a big animal lover. Weezy was our little rescue pit. We’ve had him for about six-and-a-half years now. We also have another pit that a friend of mine gave me from Louisiana. I’m glad we got her because Weezy was getting to the point where he was just bored, laying around. We brought Puddin’ in and it gave him new life. She’s brought out a lot of the puppy still in him. I have two Great Pyrenees. All of the dogs’ names are taken from movies. Abigail is from Abby Normal in Young Frankenstein. Ray, my biggest Pyrenees get his name from Ray Gibson in Life. Except for Weezy, he’s named for a rapper. I didn’t name him – he already had his name when I got him.

GS: Being a country music legacy, the daughter of the late George Morgan, do you feel like you had a personal or professional responsibility to continue your family’s music tradition?

LM: No. I don’t feel like I have that responsibility. Thank God that it became a love of mine. I didn’t feel responsible. I don’t feel that today it’s my job to carry that on. If I didn’t love it, I wouldn’t be doing it. If I hated it, I’d get out. Responsible or not, I’m at the age now where I’m not going to do this because I’ve got to carry on my dad’s name. I’m at the age now where if I don’t still love it, I’m out! Right now I’m at the stage where I’m loving it.

GS: Letting You Go…Slow is mainly an album of cover versions, some of which will be familiar to listeners. How do you approach covering a standard in order to make it your own?

LM: You approach it very graciously. The first thing you realize is that you’re not competing with the original, you’re paying tribute to a song you love. If you look at it from that perspective… I would never try and outdo a Vern Gosdin cut. Never. You couldn’t do it. If you try and say, “We’re going to make it better than Vern,” it’s not going to happen. I loved Vern Gosdin. He was a very dear friend of mine, one that I miss all the time. It’s just my way of saying, “Vern, this is a badass song and I want to record it.” Same way with the Patsy Cline song “Strange.” I’ve loved it since I was a little girl. Nobody can compete with Patsy. You might as well go out and sing to the forest; nobody’s going to listen. People call them cover tunes. They are, but it’s my way of saying, “I want to sing your songs, because I love y’all. I loved the way you did it.” That’s all – no competition there.

GS: What was the thought behind including one original, the album closer “How Does it Feel”?

LM: Kris Kristofferson told me, “Don’t you ever record an album without one or two of your songs on it.” I will always remember those words. Since I was told that, every album has one of my songs on it [laughs]. “How Does it Feel” was a heartfelt and true to life song that I wrote. That song was cautiously and quickly written and it meant a lot to me.

GS: You include a wonderful and respectful rendition of “Ode to Billie Joe.” What do you think it was that was thrown off the Tallahatchie Bridge in the song?

LM: I guess I think it’s what everybody thinks. If you look at the song in perspective, had she been seeing Billie Joe for a long time? If that’s the case, it could have been a baby. But in the timeline of the song, it doesn’t really give it time to be a baby. So, I don’t know.

GS: Maybe somebody burned dinner and they hurled it off the bridge.

LM: That’s what I think! It just went over.

GS: How did you go about selecting new songs, such as “Jesus & Hairspray,” “Spilt Milk,” and “Something about Trains” for the disc?

LM: It wasn’t hard because these songs were great. This is my first new album in more than five years. I’ve held onto “Spilt Milk” for at least 12 years. Very luckily, Liz Morin, here in Nashville, pitched me those songs, “There’s Something About Trains” and “Jesus & Hairspray,” last minute. When I heard, [sings] “There’s just something about trains,” I said, “Say no more, I’ll take it. I want it.” I have a lifelong respect and wonderment about trains, I always have. I held onto (Letting You Go…) “Slow” for about three years. My daughter-in-law (Ashlee Hewitt) wrote that. She’s now with the group Post Monroe that’s getting some pretty good recognition here in Nashville. She was my bandleader for about three years and she wrote that song. I said, “Ashlee, if you love me, you’ll let me hold that song until I’m ready to record.” And she did. That’s probably going to be my next single. “How Does it Feel” is the current single and we’re getting a lot of great airplay, a lot of good response. I’m totally shocked because we really didn’t go in with this album with radio in mind at all. We went in with this album strictly for me and my fans’ pleasure.

GS: A Picture of Me, your second album to be released this year, consists of re-recordings of a number of your songs, including “Something In Red,” how did this concept come about?

LM: I don’t frickin’ know, to be honest! My manager said that a record label in California wanted to a side album and re-record the old songs and re-release it have it out there as a greatest hits (disc). We also recorded some I’d never recorded (before), a couple Tammy Wynette songs and a Dottie West song. Things that I really love. It’s a greatest hits re-sung. They went into the studio in California and cut all of these tracks and sent them to me in Nashville and I put my voice on them. It’s a special offer kind of album for fans who come to the show, or they can buy it online.

GS: In 1992, at my friends Allison and Gay’s commitment ceremony, “Something in Red” was the one they chose for their first dance, and it’s the song they dance to every year on their anniversary. Are you aware of a following in the LGBT community?

LM: I wasn’t aware until we did a gay pride street party (festival) in South Carolina in 2014 and they hired me to sing. I could not believe the people at that stage that knew every word to every song. I want to tell you, it’s the best we’ve ever been treated at a show. These people were so nice. I can’t tell you. I guess maybe I did know (about it) because I have a very good, close gay friend. He calls me Larry. He says, “Larry, you have no idea the people that love you out there.” I’m glad I don’t because I’d have a head as big as my swimming pool if I did [laughs]. I do have a lot of gay friends in my fan club. I have this one fella who, if he hears anything bad about me, he’ll call me on my cell phone. I might not hear from him for a year and then he’ll call me and say, “Girl, I’ve got to tell you, I took up for you today” [laughs]. He’s hilarious.

LM: Me, too! There’s not a prejudiced bone in my body, my friend.