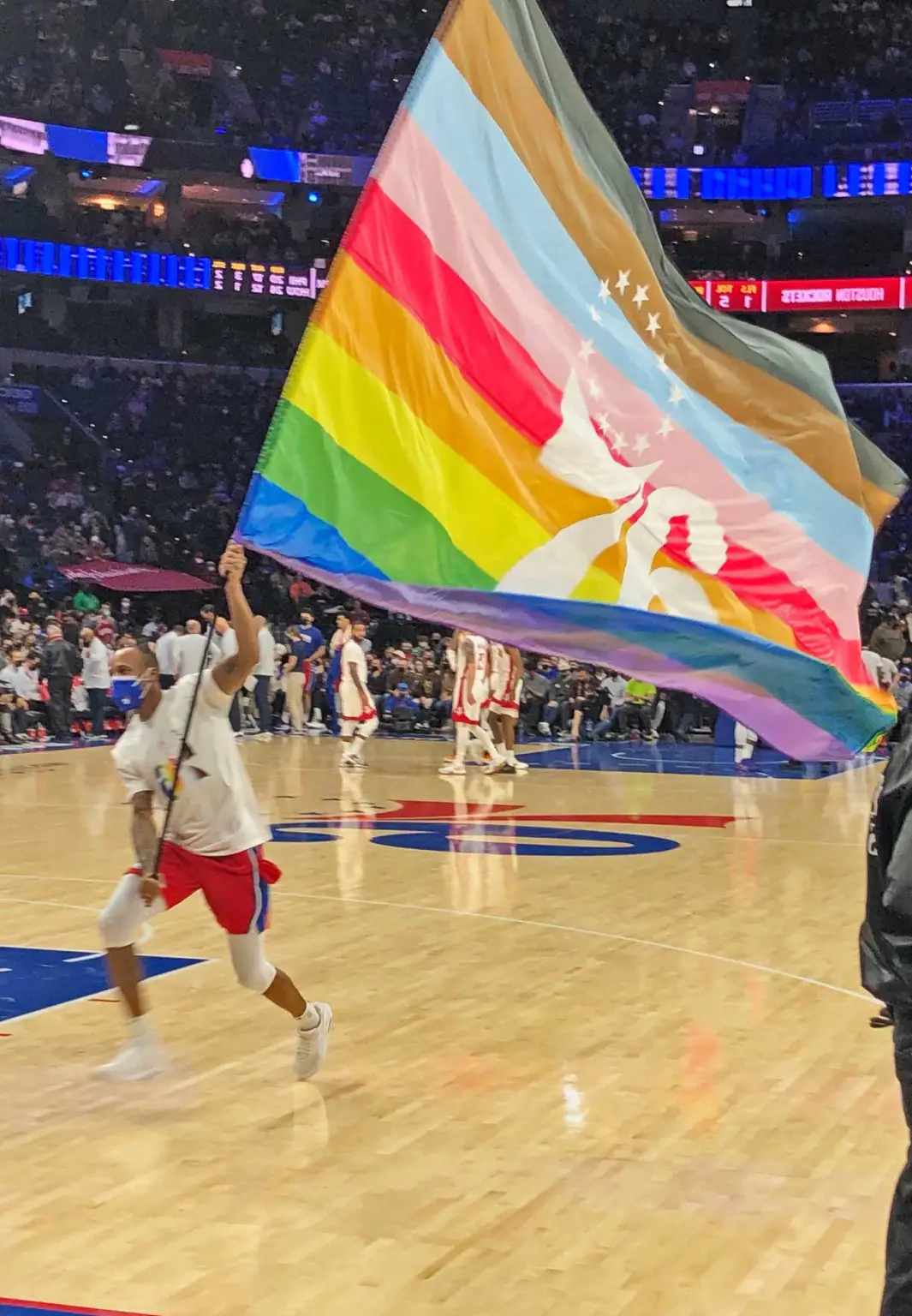 Philadelphia, PA – The Philadelphia 76ers celebrated their annual Pride Night on January 3 at the Wells Fargo Center, along with a victory over the Houston Rockets 133-113. The Sixers recognized Philadelphia Gay News and publisher Mark Segal during a halftime celebration on center court. The first issue of PGN was released on January 3, 1976.

“When we host Pride Night each year, we use it as an opportunity to tie the event to a moment in history or a local influencer in the LGBTQ+ community,” Mike Goings, Vice President of Social Responsibility & Fan Development, told PGN. “Mark Segal and Philadelphia Gay News are pioneers in the LGBTQ+ community and media both in Philadelphia and nationwide, so it was the perfect opportunity for us to celebrate their 46th anniversary of excellence in that space.”

To start off the game, 6ABC meteorologist Adam Joseph rang the opening bell, and throughout the evening Sixers mascot Franklin donned a More Color, More Pride rainbow cape as Pride flags were paraded throughout the court. During the halftime celebration, a video celebrating LGBTQ history was played for the audience. (Philadelphia Gay News – Jason Vellemez at https://epgn.com/2022/01/06/sixers-host-annual-pride-night/)