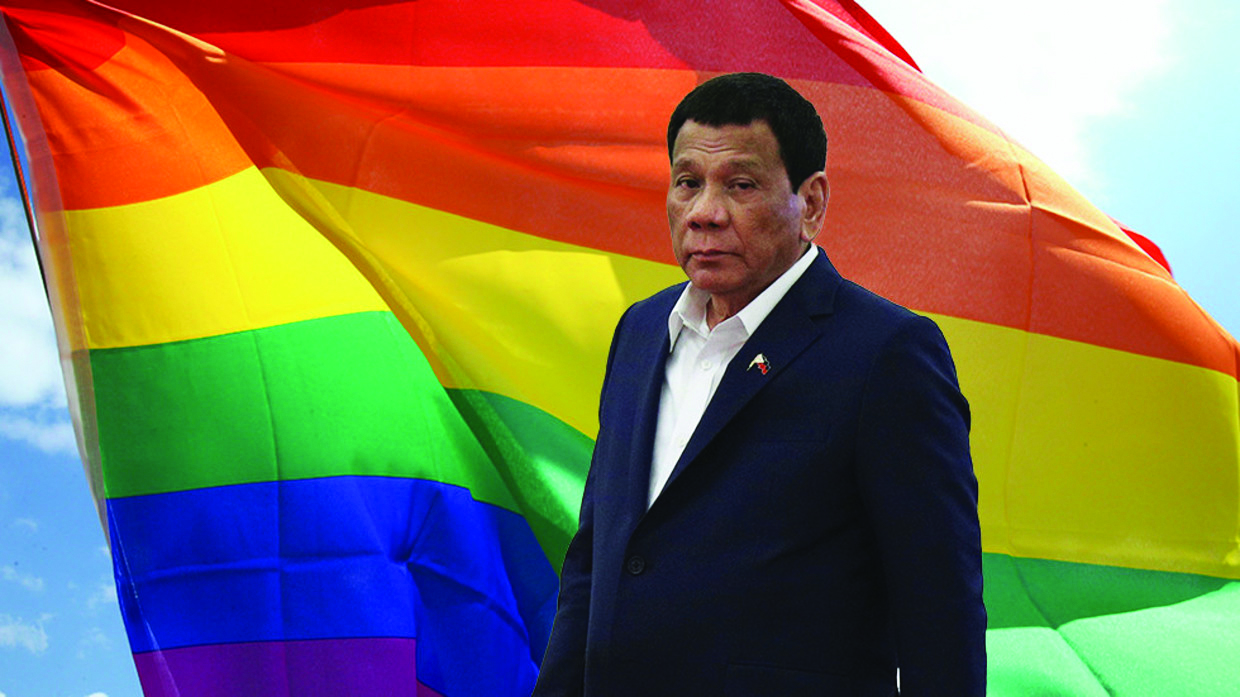 Tokyo – Philippines President Rodrigo Duterte accused a rival politician of being homosexual on Thursday, May 30th and then claimed he also used to be gay until he “cured” himself. During a speech in Tokyo to members of Japan’s Filipino community, Duterte claimed a gay person had told him that Sen. Antonio Trillanes IV, a frequent critic of Duterte, must be gay based on the way he moves. The Philippine news website Rappler said Duterte claimed to have once been gay himself. “Trillanes and I are similar, but I cured myself,” Duterte told the crowd. “When I began a relationship with [former wife Elizabeth] Zimmerman, I said, this is it. I became a man again.”

After the speech, Duterte seemed to want to demonstrate his heterosexual bona fides. He invited several women, whom CNN Philippines described as having “slender bodies, pale skin, and long, silky hair,” onstage for a smooch. Duterte had other requirements as well. “First, you shouldn’t be married, okay? Second, you’re not a minor. You, ma’am, you want a smooch?” he said, according to CNN Philippines.

Duterte’s public positions on homosexuality have been inconsistent to say the least. Although he has expressed support for same-sex marriage, he also is fond of using gay slurs to attack opponents, such as when he called US Ambassador to the Philippines Philip Goldberg a gay “son of a whore.” The Philippine leader has also been criticized for using misogynistic language and making light of sexual violence, and has been accused of overseeing various human rights abuses. (HuffPost – David Moye at Huffingtonpost.co.uk/entry/philippines-rodrigo-duterte-gay_n_5cf15ec3e4b0e346ce7dc142)