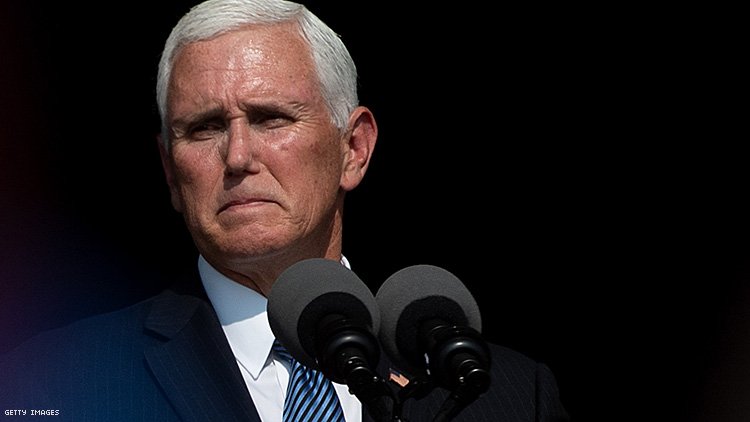 Columbia, SC – Graham Gremore reports for Queerty that former vice president Mike Pence is heading down to South Carolina to give his first public address since leaving Washington, D.C. in back in January. Pence is scheduled to give a speech at a fundraiser for the antigay hate group Palmetto Family Council on April 29.

According to its website, the nonprofit organization aims to “persuasively present biblical principles in the centers of influence on issues affecting the family through research, communication, and networking.” This includes opposing same-sex marriage and gay adoption and promoting “religious freedom” laws used to discriminate against LGBTQ people. An aide for Pence tells the AP that the ex-VP’s speech will focus on “traditional conservative talking points” and will highlight some of the accomplishments of the Trump administration.

Pence is expected to speak before roughly 600 people at a fundraising dinner being held at the Columbia Metropolitan Convention Center. Hmmm. Hundreds and hundreds of people crammed together at a dinner party inside a convention center during an ongoing pandemic. What could possibly go wrong? In addition to speaking at the Palmetto Family Council, Pence was recently named a “distinguished visiting fellow” at the homophobic Heritage Foundation and announced he’ll be launching a podcast hosted by the Young America’s Foundation, an antigay conservative youth organization. (Queerty – Graham Gremore at https://www.queerty.com/mike-pence-speak-600-person-fundraising-dinner-antigay-hate-group-20210308)