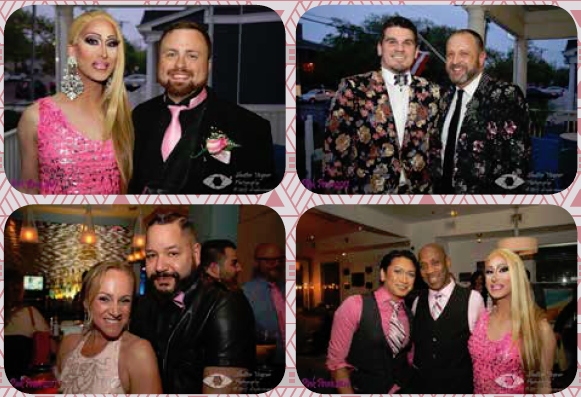 On Friday, May 5th, Asbury Park came together as a community, as they have for the past five years for the 5th annual “Pink Prom” to raise funds to another amazing cause. The event took place in one of my favorite venues in Asbury Park, Hotel Tides. This is the fifth year of this spectacular event that has amassed thousands of dollars to help local LGBTQ organizations, and it has turned into one of New Jersey’s most successful fundraisers. In the last five years the Pink Prom has benefited Pride Network, Pride Center of New Jersey, Project Real, Gender Spectrum Support Network, Glsen, and this year, Garden State Equality, an organization that has done so much for the LGBTQ community, and now will continue to do so.

I particularly love and look forward to this event yearly because it’s a perfect illustration of how a community sets aside any differences and really unites for the benefit of a common cause. I was ballsy enough to go to my senior prom with a guy I was dating back in 1993, but not many were so lucky to be able to do so. Pink Prom gives those people the opportunity to do so.

Eric Pinckney is the founder of Pink Prom and prolific writer for the city’s LGBTQ blog, “Gossip Guurrll: Living in the Gay Scene of Asbury Park,” and now, is a member of the Asbury Park school board. I had a chance to grab him to chat about his thought process for this event, here’s what he had to say:

“I wanted to find a way to give back to the LGBTQ community, a safety net for myself and so many others. Now this is the funny part – exactly the moment when I was pondering this, I was watching an episode of “Sex in the City” when Carrie accompanied her best gay male friend to a prom he was working on for the gay community. Once I saw that, I knew exactly what I wanted to do to give back to my gay community. So many of my fellow LGBTQ brothers and sisters didn’t get to go to their proms in high school, and if they did, chances are that they went with someone who wasn’t their first choices – meaning they couldn’t go with a same-sex date. Once I knew exactly how I wanted it to work, the real work went in to scouting around for a venue, and also who would be given the funds. So I lassoed Ryan in, and we discussed the particulars. And once we knew how it would all play out, and how it would ultimately be a successful fundraiser, the Pink Prom was born. And it has become arguably the most successful annual fundraiser in New Jersey!”

The producer of the event is one of my very good friends, Ryan Jimenez, the general manager of Hotel Tides. He is one of Asbury Park’s greatest supporters. He gives back to the community selflessly and never seeks to be acknowledged or recognized for it. I know this first hand, he allows me to use Hotel Tides any time I want to put an event together to raise funds for which ever cause I can think of at any given time. This year I’ll host my fourth annual birthday pool party at the venue to raise funds for local charities. As is true for most proms, this one also chose a prom King and Queen as well. This year we crowned Christy Lee Fabio and Tom Savage, both former Mr. and Ms. N.J. Leather that do tremendous amount of work for this community.