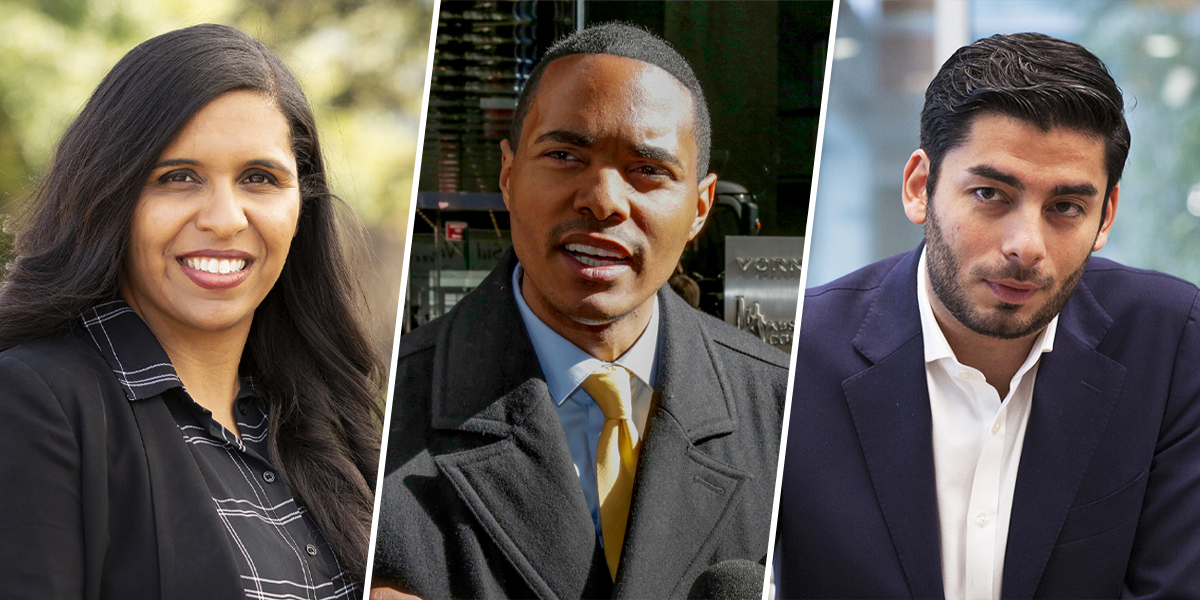 Philadelphia, PA – As the November 3 election looms, most Americans are focused on who will win the presidency, but more than 500 openly LGBTQ candidates are running for a wide range of local and national offices. The roster of LGBTQ candidates is broad and diverse, and nearly every state is represented, including red states Alaska, Iowa, Kansas, North and South Carolina, Oklahoma, West Virginia, Wyoming and the Dakotas. There are many Black, Latinx and Asian candidates, speaking to the racial diversity LGBTQ candidates represent.

Among those running are several candidates in the tri-state area, and openly gay Pennsylvania House Reps. Brian Sims and Malcolm Kenyatta are running for re-election. Jessica Benham is openly bisexual and running for House District 36 in the Pennsylvania Legislature. Her district is majority Democratic, so Benham is on board to become the first openly LGBTQ woman elected to the Pennsylvania House and the first openly autistic person elected to any state legislature. “I firmly believe that the ways in which we talk about policy and implement policy are deeply rooted in our lived experiences,” Benham said after she won the primary. “I never imagined that I would be somebody who would run for office … because I didn’t see people like me in elected office.” Daniel Smith Jr. is running to defeat an anti-LGBTQ Republican incumbent in Pennsylvania’s 12th district. Smith, a former Republicans, switched parties to try and defeat long-time incumbent Daryl Metcalfe, who has held the seat since 1999. Sarah McBride is the National Press Secretary for Human Rights Campaign (HRC) and was the first openly transgender person to speak at a major party’s convention in 2016 at the Democratic National Convention in Philadelphia. McBride is running for a seat in the Delaware State Senate. If successful, she would be the first transgender state senator in U.S. history. Eric Morrison beat a long-time Democratic incumbent in his Delaware House primary last month. Morrison is favored to win in the strongly Democratic district.

The Victory Fund has also highlighted their efforts to “Queer the Congress” by helping to elect five new openly LGBTQ members to Congress and re-electing the seven currently in office. Among the candidates hoping to win House seats are two New York candidates who would be the first out gay Black male representatives in U.S. history. Each is expected to win in their largely Democratic districts.  Gina Ortiz Jones, a Filipino-American lesbian and former Air Force intelligence officer, would be the first openly gay Congressperson elected from Texas. Ortiz Jones worked in the Obama administration in the Executive Office of the President as an intelligence analyst. Ortiz Jones would be the second lesbian of color in the House. Pat Hackett of Indiana is running to be the first openly gay member of Congress from Mike Pence’s state. Tracey Mitrano, who recently married her longtime partner, Victoria Everett, is running against Republican incumbent Tom Reed in New York’s large 23rd district, which is majority Republican. Up for re-election are openly gay and lesbian House members David Cicilline (D-RI), Sharice Davids (D-KS), Angie Craig (D-MN), Sean Maloney (D-NY), Chris Pappas (D-NH), Marc Pocan (D-WI), and Mark Takano (D-CA). (Philadelphia Gay News – Victoria A. Brownworth at https://epgn.com/2020/10/21/more-than-500-lgbtq-candidates-up-for-election-nov-3/)