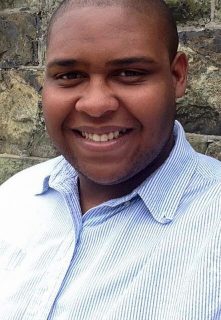 Baltimore OUTloud reached out to GLCCB board president, Jabari Lyles, to talk about controversy over closed board meetings, the appointment of new boardmembers, and the election of officers.

Bill Redmond-Palmer: Recent board decisions appear to conflict with the level of transparency the GLCCB has often stated that it strives for. Why did the board choose to close the November board meeting to the public?

Jabari Lyles: As most folks know, we had been recruiting new boardmembers for most of the year. Right before the November meeting, we received a few exciting applications. We did not want to end 2017 without substantial momentum from the board. We knew we did not have enough time to hold the meeting as well as have time for the board to mesh and get to work before the start of 2018, so, we decided to morph the November meeting into an onboarding and orientation meeting as well. The new members also wanted more time to deeply learn about the organization and “practice” running meetings before we did so in front of the public. We want, and we know our community wants, a strong, thriving GLCCB, which starts with a strong board. We thought the best way to set us up for success would be to save some time and merge the meetings. We expected our community would understand the dire need for this extra time for our board to grow.

Why was the December meeting canceled?

Having a retreat instead of the December meeting was also a decision made out of necessity. We knew we could get more done at a day-long Saturday meeting in December, and knew it was difficult to ask folks to spend extra time during a month of holidays, etc. We wanted to take the time necessary to mesh as a group and prepare new members, so the community would be pleased when we introduce a new, full board in 2018. We discussed the public perception but hoped we had gained enough trust from the community to understand we did this to strengthen our organization with the limited time we had, and not to pull the wool over anyone’s eyes.

In the past year, prospective board members were introduced, and introduced themselves to the community during the open public session of a board meeting or at a town hall meeting. The community was invited to ask them questions, prior to being voted on by the board. In November, during the closed meeting, four new members were appointed to the board without having been presented to the community. Can you clarify why this decision was made?

We see the process for all previous boardmembers as an important part of our onboarding process for new boardmembers. Because the members we considered had outstanding resumes, and we had limited time, we had to act in the best interest of the community and our organization. We were confident our community would be pleased with the additions. After the tumultuous previous two years we’ve had, none of us wanted to enter 2018 with a flimsy board. We decided to cut these corners knowing the benefits they would bring to us all.

Please explain why new officers elected at a board retreat, including new boardmembers who hadn’t been introduced to the community, instead of at an open business meeting?

Community members should expect an official introduction to our new board of directors, as well as full reports about our intentions to establish the GLCCB Community Advisory Board, our newly activated board committees, and progress on Baltimore Pride 2018 at the February meeting. We welcome all interested community to attend on February 13th, 6:30 pm at our Center! t