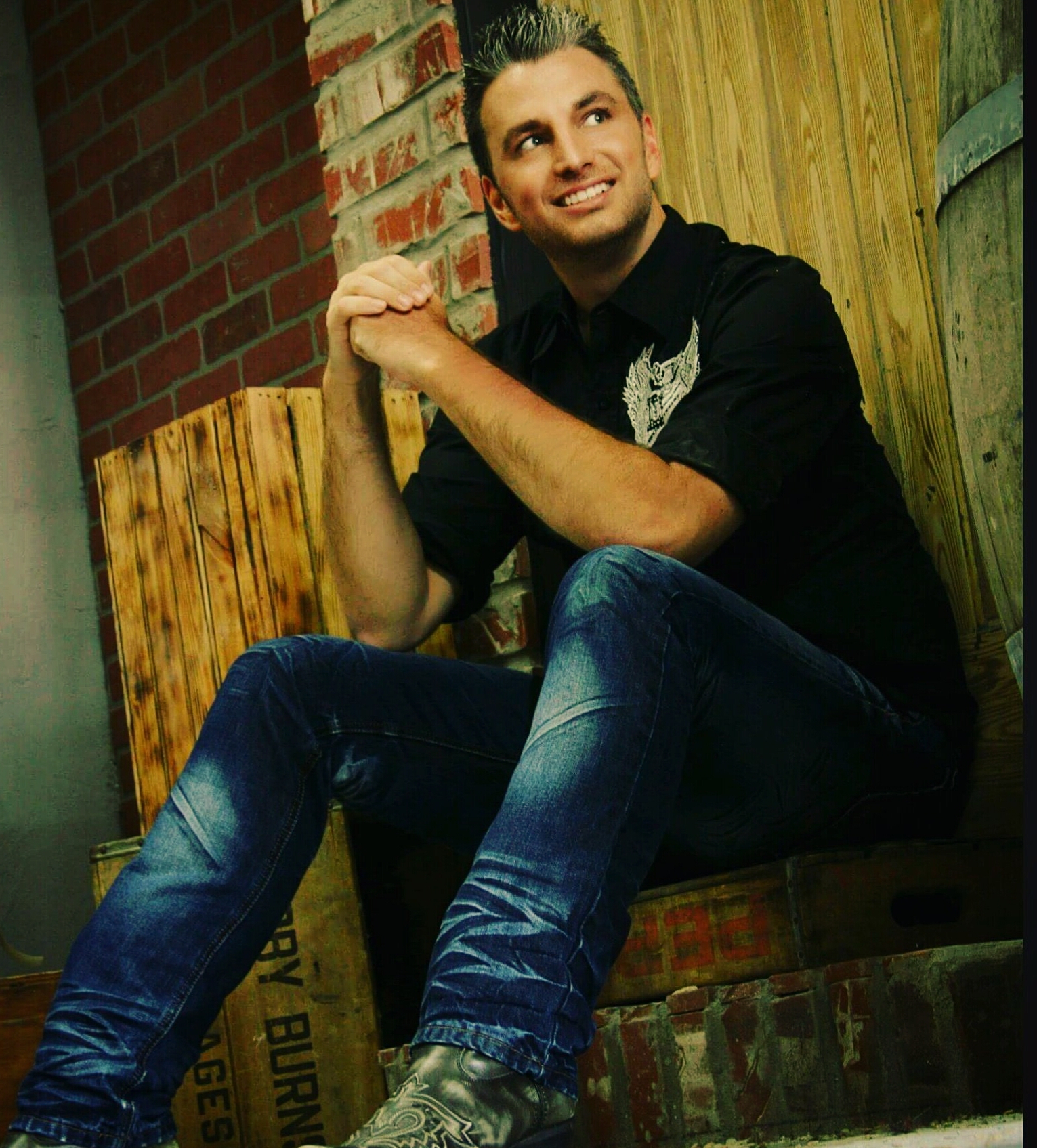 The Keystone State Gay Rodeo Association (KSGRA) will hold “Rockin’ It Country Style: A Benefit” on Saturday, August 18th at Eyler’s Stables in Thurmont, MD. The concert and show will feature upcoming Country Artist Donnie Lee Strickland, as well as the KSGRA Royalty Court. Baltimore OUTloud recently chatted with charming Strickland to discuss his upcoming performance, his career as an out-country singer, and how music is in his DNA.

“I fell in love with country music at an early age,” Strickland began. “I started singing in church when I was about five years-old. I was raised Southern Baptist in North Carolina. I found a love for country music at home and at my grandparent’s house, where I eventually learned to play the piano by ear. I used to love the old hits of Reba McEntire. Randy Travis was a hero to me, as well as George Straight and Conway Twitty. I used to watch those performers a lot, and that’s where I learned how to entertain. I was a good observer, and I used to love to wear my boots and my cowboy hat. I thought to myself, ‘I am going to be George Straight.’” Strickland laughed and added, “Of course this was until I grew to be a little older and realized that I had to be myself and not an imitation of someone else.”

When Strickland was in sixth grade, he started in the school band and began to read music. “Music is in my blood and in my heart, and I’ve been doing it ever since then.” Strickland’s first paid gig was when he was 11 years old. When he was 13, he entered his first karaoke contest in a bar, even though he wasn’t supposed to be in it. “I had the permission of the owners to perform. I won singing a George Straight song! Winning gives you that taste of fame, and you want it just a little bit more. Since then I’ve had that drive.”

Strickland began performing at his local community college in North Carolina, before he began what would be a 14-year run with the cast of the American Music Jubilee country variety show in Selma, North Carolina. “It was there that helped shape me into the performer that I am today. I was learning choreography and how to sing harmonies, and how to make the audience just stop and feel what you were singing. That show definitely put me where I am today as a performer.” Strickland eventually left North Carolina, and moved to central Arkansas.

The performer went on to release his first EP in 2015 and has been on the road touring ever since. Having won the Josie Music Award for Modern Male Country Artist of the Year in 2017, the numerous accolades just push Strickland to work harder. “You want to keep going harder because you have something to prove and you want to keep it up. The band and I work very hard – we tour, we travel all over the country and we give it our all. It can be tiresome, but it’s fun and I love what I do. It’s just very humbling. People are so gracious, especially when they come to the shows and support the music. As long as fans continue to love the music, I’m going to continue to sing and perform; it’s in my heart.”

Coming to terms with being an out and proud gay man, while pursuing a career in country music, hasn’t always been easy for Strickland. “Everyone wants to be accepted and loved,” explained Strickland. “I’m just trying to be a small voice of hope for the LGBT community – especially musical artists that are afraid to do what I do. I have a lot of gay friends who have come out, or have not come out, and are scared of how the industry will accept them. But, I have also received a lot of texts and messages saying, ‘You’re making me open my eyes.’ and ‘Thank you.’ Just the fact that many people are calling me an inspiration – that means the world to me.”

Strickland added, “I really have not experienced anything dangerous or hardships as being an ‘out’ performer. Today’s society is more accepting than what it used to be, and I do believe that God has a plan, and he put me where I needed to be when I needed to be there.”

In regard to the upcoming “Rockin’ Country Style: A Benefit” performance, Strickland is very excited to be bringing in some traditional music as well as some new stuff. “I want to give something for everybody. I’m a country artist and grew up on the 80s and 90s country music. I want to do a mix of some of the old and the new. You never know what we’re going to throw in as surprises for the audiences. We may perform some Conway Twitty or Luke Bryan. We may perform some Carrie Underwood or Martina McBride. If it’s a good song, it’s a good song, and we like to do some rocking country. We have some of the best musicians and players in my band, and they sing a lot of rock, pop, and southern rock. It’s going to be a very versatile performance! We just love to have a good time and put it out there on stage and give it 110%. The crowd always gives it back to us in return and we just have a good time!”

For more information and to get tickets for the event visit ksgra.org.