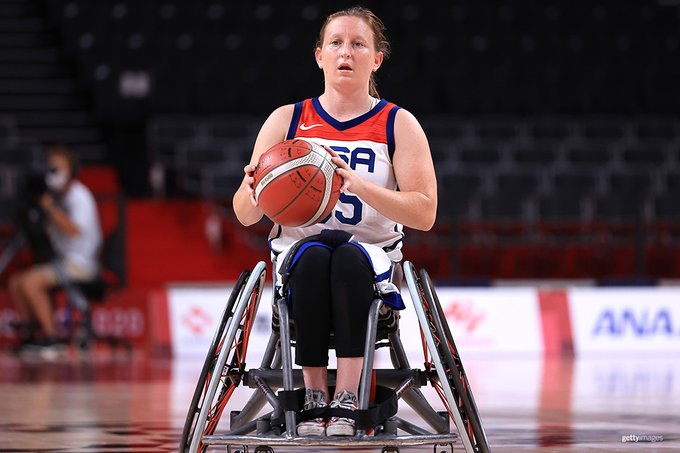 Tokyo, Japan – Juwan J. Holmes reports in LGBTQ Nation that the Paralympics concluded in Tokyo on September 4, and Out athletes — affectionally and unofficially included in “Team LGBTQ” — made the world proud throughout nearly two weeks of competition. Out athlete Monique Matthews was on the squad that earned America a gold medal in sitting volleyball. Out goalball player Asya Miller won a silver medal along with Team USA, but they fell just short of the gold medal. Out triathlete Hailey Danz won a silver medal, and Kaitlyn Eaton and Courtney Ryan were two Out athletes that helped win a bronze medal for Team USA in wheelchair basketball.

At least 20 other Out LGBTQ competitors earned a medal in competition, according to Outsports. This follows the Paralympics hosting a record number of athletes that openly identified as LGBTQ, with their latest count of athletes reaching 36 at the close of the Games. That’s a record high compared to any other Paralympic Games, and triple the number recorded at the last Paralympics, where there were 12 known Out athletes. The United States and United Kingdom led the way with Out athletes with nine each. Brazil had six, Canada had three, and Australia, Germany, and the Netherlands each had two Out athletes on their squads as well. Ireland, Israel, and Mexico had one Out athlete each. Robyn Lambird became the first openly non-binary athlete to win a Paralympics medal when they earned the bronze in the 100-meter T34 wheelchair sprint on August 29.

The Paralympics have been held regularly following the Summer Olympic Games since 1960, and the Winter Paralympics have followed the Winter Olympics since 1976. Athletes with all kinds of mental and physical challenges are allowed to participate. Like the Olympics, they were postponed last year due to the coronavirus pandemic, but they are still officially referred to as the Tokyo 2020 Paralympic Games. The Paralympics opened on August 24, 2021, and held 539 different sporting events until the Games closed on September 5. Second Gentlemen of the United States Doug Emhoff represented the United States at the Games’ opening. (LGBTQ nation – Juwan J. Holmes at https://www.lgbtqnation.com/2021/09/american-athletes-bringing-home-5-medals-paralympics/?utm_source=LGBTQ+Nation+Subscribers&utm_campaign=a1ca1cd417-EMAIL_CAMPAIGN_2021_09_11_04_10&utm_medium=email&utm_term=0_c4eab596bd-a1ca1cd417-433273132)