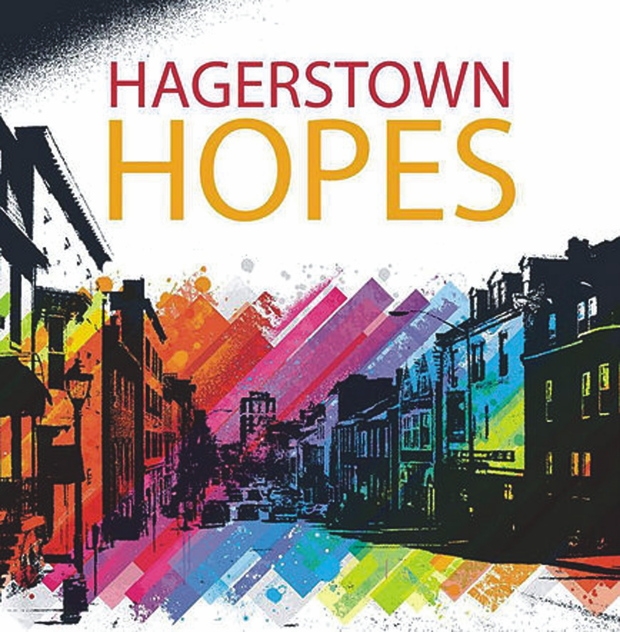 Memberships / volunteers / donations: Hagerstown Hopes is always in need of volunteers, donations and sponsors. With Hagerstown Hopes being a non-profit, we are completely running off of funding from the public. We want to grow our offerings to the LGBTQ community and we cannot do that without your help.

We are always on the lookout for committee members and volunteers. If you have a passion to help the LGBTQ community and have a bit of free time, contact us for more information and so we can see where you would fit within the Hagerstown Hopes family.

July kicked off our new membership program. Becoming a member of Hagerstown Hopes has many benefits. From receiving discounts off tickets to events, to receiving coupons to save money at restaurants, stores, and more, you definitely get your monies worth by supporting Hagerstown Hopes and becoming an official member of our organization.

VisibiliT: Hagerstown Hopes is proud to present VisibiliT with female-to-male transgender musician and advocate Jaimie Wilson alongside local members of the transgender community. This event is taking place on September 9th from 9 am to 5 pm at University System of Maryland at Hagerstown Courtyard.

Jaimie is primarily known for his Instagram page (@tboy61915) for documenting his female-to-male transition. with transitioning comes vocal changes that Jaimie has learned to not just accept, but embrace with his music. Music was never a stranger to Jaimie’s life. His mother, Cheryl Wilson, is well known locally for her musical talents in singing and songwriting. At an early age Jaimie found himself alongside his mother singing, sharing the musical passion that seems to run in the family. He started playing piano at the age of four, and progressing further with music by picking up the flute in early middle school. However, at the time, music was not Jaimie’s main focus. Jaimie was raised on a family owned farm and this environment encouraged his participation in the horse showing community. By the age of fifteen Jaimie had already received copious amounts of awards and accolades. It was at this age that his mother decided to hand down a guitar that had gone untouched for years. Unbeknownst to Cheryl, she had opened up a whole new world for Jaimie. In merely a couple of days, Jaimie had familiarized himself with every string and every fret of the guitar. He began to turn single notes into chords, which gave him the ability to accompany his vocals. Because he is self-taught on guitar, Jaimie created his own direction with his music, this only fed his creativity that would soon lead to his composition of original work. Jaimie’s roots of country and gospel music are found in his early written melodies, but as time went on Jaimie began to acquire a music taste for each and every genre, thus resulting in a diverse music repertory that is relatable and enjoyed by many. Because music is not just a pastime, but instead a manner of life for Jaimie, his heart and soul for music is well articulated in every song he sings. Real life experiences and emotions help to shape Jaimie’s songs. He strongly credits his well-rounded family and lifestyle as a fundamental attribution to his unique way of song structure and writing, both melodically and lyrically. It is clear to see all of the qualities and talents he possesses. His most valuable quality is not one that can be seen, but rather heard as he expresses his feelings through song. Jaimie lives and breathes music. It’s his escape. His dream. His life.

Grant writer: Hagerstown Hopes is looking for a grant writer. We have several opportunities for grants from foundations available, but need a writer that is familiar with writing and submitting proposals for planned projects. Also, the ability to write proposals for corporate grants. If you have this ability and would be interested in volunteering your time please contact Todd Garnand at 301-573-1440. Grants are a vital part of this organization being a success and being able to have projects that give back to the community.

Out of the Darkness Walk: Next month, Hagerstown Hopes will be walking in the 2017 Hagerstown Out of the Darkness Walk, on September 23rd. In addition to inviting you to join our team and walk with us to help bring awareness to and develop advocacy for the American Foundation for Suicide Prevention, we request that if you cannot join us for the walk that all donations go through our Facebook page. Let us all stand together and show our support for this foundation and the great work they’re doing. Remember, even something as simple as a smile to a passing stranger can make all the difference in the world. No one should be left to feel that their life isn’t worth living.