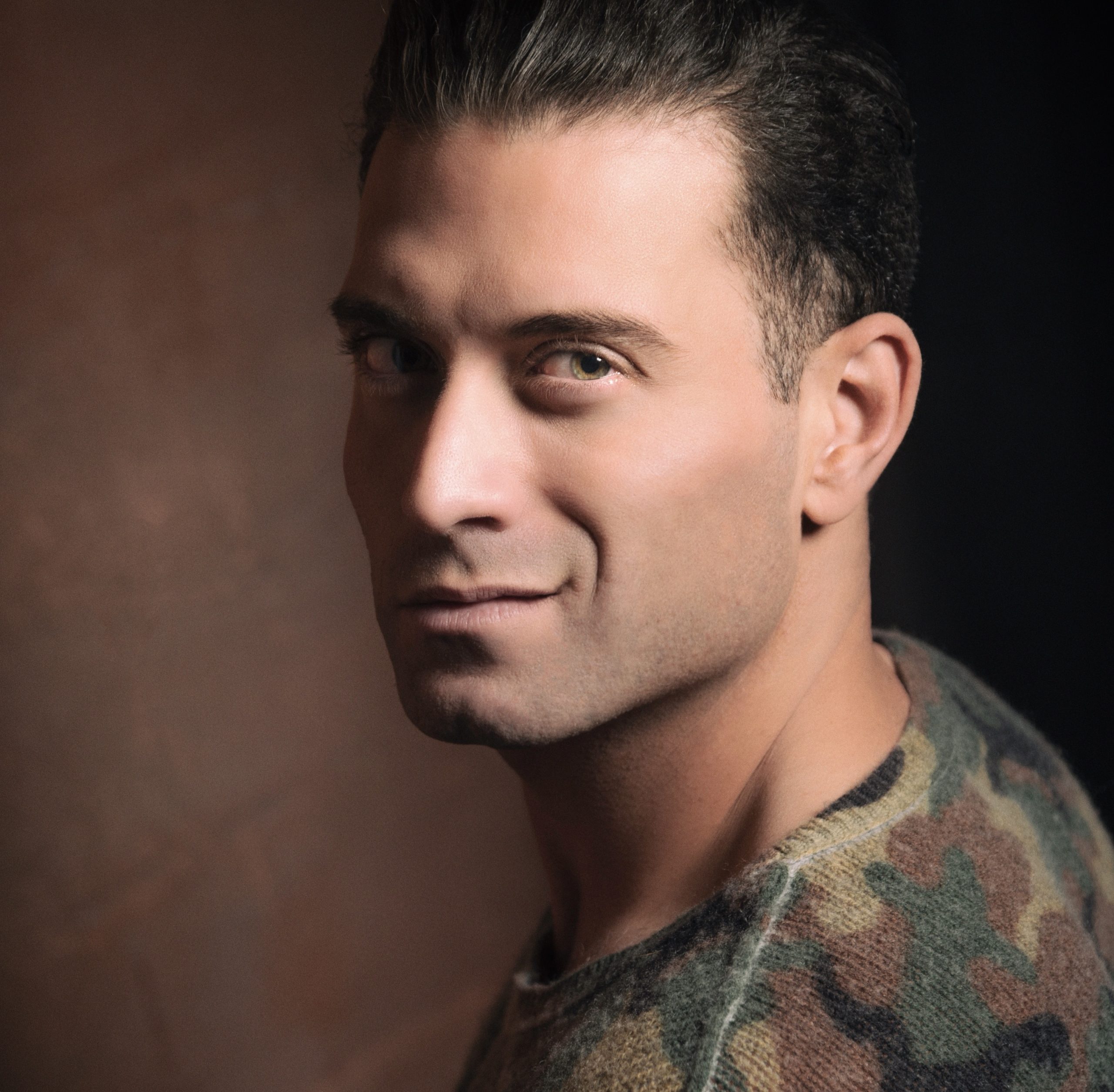 Acting is in Omar Sharif, Jr.’s, DNA. The Egyptian-Canadian actor, model, and LGBTQ activist is the grandson and namesake of legendary film star Omar Sharif. Sharif, Jr., has recently flexed his acting prowess in “Mélange,” the deliciously dramatic serial from creator and producer Tom D’Angora. Sharif recently chatted with Baltimore OUTloud regarding his upcoming role, his upcoming projects, and why he feels this is the perfect moment for a storytelling show.

“My character’s name is Zayn,” Sharif began. “Zayn hails from the Middle East. He’s living in New York with his boyfriend Ryann Parker (played by “One Life to Live’s” Scott Evans). As you see in the first episode, he’s sort of the rock for his boyfriend as he goes through this tumultuous time in his life. He’s also dealing with his own struggles and challenges, including a difficult immigration situation in America. Which, is sort of, all based on true life, what with the Muslim ban and all of that. He has a hard path ahead of him, for sure.”

Sharif really bonded with his “Mélange” castmates. “The whole cast really just became a family over the course of three days. It’s sort of unheard of to film 45 pages in three days. I don’t think I ever worked on a project that filmed so fast. The reason we were able to do it is because Tom put together this cast of people that he not only knew their abilities, but he knew their hearts. And how they would be able to come together and just work together and just help each other through this incredible pace that he just needed to work through. So really it was like being with a family.”

Upon being asked how he came upon this project, Sharif explained, “I think Tom D’Angora was familiar with my life story being fairly similar to the character’s story. I got a call from my agent one day going like, ‘There’s this TV show pilot filming in New York City. I read the character breakdown and I want you to read this.’ I read it by the end of the day and I thought ‘I’m sold!’ She was, like, ‘You know it’s a new media digital SAG-AFTRA [Screen Actors Guild – American Federation of Television and Radio Artists] project that doesn’t pay much.’ And I said, ‘I would do this for free. It doesn’t matter.’ The message of Mélange is so strong and so needed right now. And you just read the pilot and it could not be anymore inclusive or diverse or heartwarming. It was just something that needed to be made. I was sold within a day.”

Sharif continued, “The truth is that everything that is old is new again. I look back to the old soaps that are still on today in more than 100 countries and in more than 80 languages. And it really is through media like that, storytelling, where we’re telling stories that we open hearts and minds and we build empathy. And in many ways these progressive plot lines and characters that have developed through soap operas have traveled borders. They’ve gone into other countries and other regions. They paved the way for acceptance, for tolerance, for LGBTQ acceptance. For all of these great values that they embody. I think people – the world is so dark right now sometimes and oftentimes reality shows are made to build up drama and tension. Sometimes, we just need a show that’s about values and not about tension. And I think that’s why this is the perfect moment for a storytelling show.”

Along with an upcoming memoir slated for an August 2021 release date, Sharif also has another creative project in the works. “I can’t give details, but throughout this lockdown, I’ve also sold a TV show. So far, it’s looking really good. As soon as we get out lockdown, I’m so excited for it to go into production. Since I left Egypt, I haven’t created my own project, so this is a new step for me in a new country. So, it feels good to be back on my feet taking these steps.”