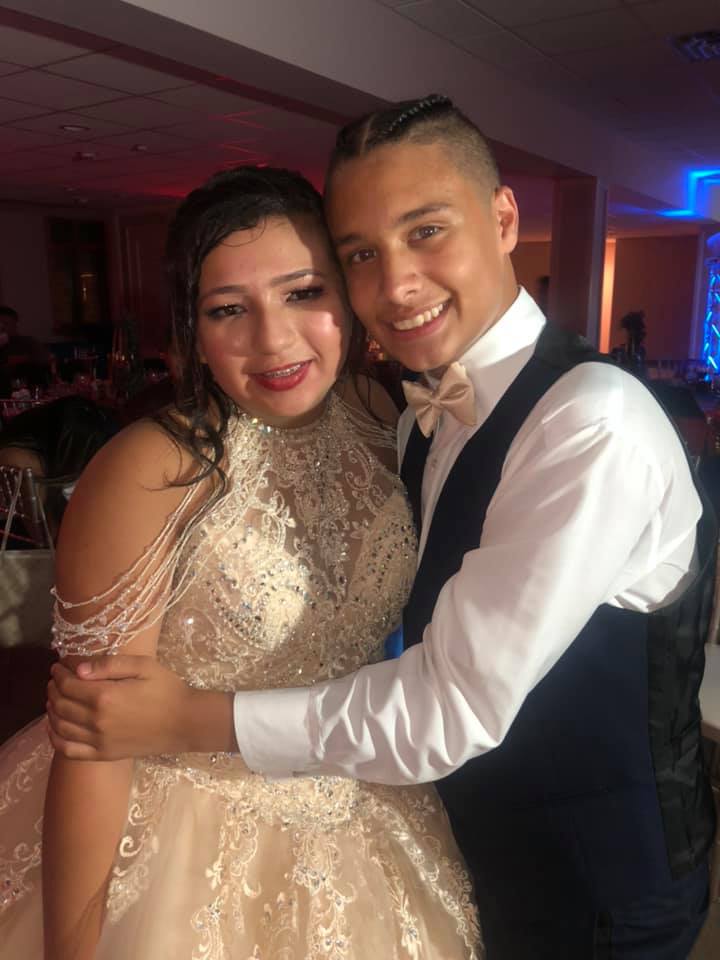 The national news has been filled this summer with stories about Latino people in America. These news reports are upsetting, sad, and not in keeping with the America I was raised to believe in, even growing up in my very white world in western Maryland.

In the spring I made a new friend named Selvin. He and his family immigrated from Salcajá in Guatemala, a city rich in history and tradition that is known for the Church of San Jacinto, the first church built in Central America, which dates to 1524. Many members of his family, like Selvin, are now US citizens and most have settled in New Jersey in the Trenton / Princeton area. Recently Selvin invited me to attend a family celebration, a quinceañera. These elaborate parties are a big part of Latino culture and are similar to a debutante ball for a young girl’s 15th birthday. I felt as if I had been granted the opportunity to experience another culture. In a nation filled with ugliness, I was treated to the beauty of the Latino experience in America.

A quinceañera is filled with Spanish-Catholic traditions, and in keeping with tradition the afternoon started with a church service at St. Paul’s Roman Catholic Church in Princeton. This congregation founded in 1850 has reached out to the Hispanic community in the area. I’m sure that as many drove by the church as the family was taking pictures, they thought they were witnessing a wedding party. Rose, the young lady who was being celebrated, was dressed in an elaborate white dress looking very much like a bride with her formally attired court.

After the service, the celebration began in a large hall attached to a different church. The party lasted from 6 pm until midnight and included a selective assimilation of traditions. It is tradition that the young lady has a “man of honor” who accompanies the birthday girl to her party. In an interesting twist to tradition, Rose’s escort was her openly gay friend Joey. (His sparkly shoes caught my eye at the church!) He also had a big hand in the elaborately choreographed dances that are a big part of this coming-of-age party. Rose selected Beauty and the Beast as the theme for her big day. Centerpieces included roses under glass domes and her first dance with her man of honor was to “Tale as Old as Time.” Customarily Latino girls do not dance in public until they turn 15. Exceptions are now made for school dances or family events.

Other traditions included the presentation of Rose’s first high heel shoes and to symbolize the transition from young girl to young woman, the presentation of her last doll, a tradition that dates to Maya culture, and the placing of a tiara on the young women’s head to symbolize that to her family she will always be a princess. After an evening filled with music, food, drink, dancing, and even a live singer, the enormous multi-tiered birthday cake was cut at 11:30 pm as the party started to come to a close.

As more and more Latinos reach the American dream of success, these parties have become very elaborate reaching the same cost as a wedding. Families save for years to give their daughter such a celebration. In areas with large Latino populations businesses have sprung up that specialize in providing the goods for a quinceañera.

With all our differences in America, it warms my heart to see that deep down we are all the same. We want the best for our children and loved ones. What could be ugly about that?