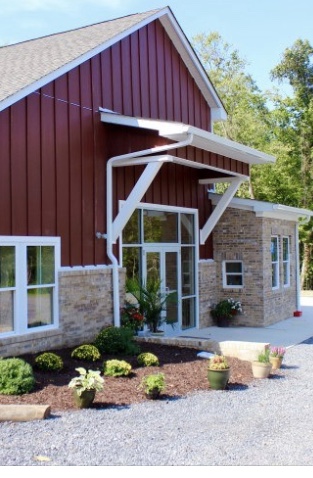 Most parents remember the first time they sent their little one off to school. They remember going to register their five-year-old for kindergarten or preschool. They picture that little face filled with excitement and worry climbing aboard the school bus or entering the classroom. They remember the little lunch box and backpack. I never had those first memories.

My kids arrived either already in school or too young to care. By the time most of my little ones were big enough for school, we’d already established our private school. So, for the most part, all but a few of our children attended the private school that I still run. Their first day was with me. Their bus ride was with me. My kids never needed lunch boxes. We left groceries in the school fridge. Their stuff came from the common storehouse of school supplies I took to the school each September.

So, years ago, when I dropped my college age son off for his first day of classes, I got a little misty eyed. Would he make friends? Would he do okay in a classroom? Would people be mean to him? The good news is that he made friends, did okay in the classroom, and wasn’t bothered when people were mean to him. My little boy was safe.

With our littlest one, we’re making a different set of decisions. The school that I run is focusing on older students who have difficulty graduating from settings that are more traditional. We’re not accepting little kids as students any longer. So now, we’re looking at preschools.

I had to really think about what I wanted in a preschool for my baby. She’s a bright little girl, always beating her milestones. She’s not quite two-and-a-half years old and she already speaks in very clear sentences, does tasks that are far above her age level, and is capable of making advanced decisions. I want a school that will nurture her abilities and not hold her back.

My own school is known for combining age groups. I believe that school is the only time in our lives when we are grouped with people who are only our exact age. How is that helpful in life? At some point, we have to go out into the world and work with people who might be decades older or younger. And, we have to get along. How does school prepare us for that eventuality?

So, when I found a preschool that mixes age groups and allows the kids to work at their own comfort level, I was thrilled. And, it’s not just at the preschool level, this mixing continues through grade eight, which is the highest grade this school teaches. Kids are allowed to progress at the speed that works for them, not the speed that works for the teacher. I wanted to learn more about this school.

We went to visit. They hosted an open house for two hours last Saturday. We took Cassandra and hoped for the best. The preschool teacher is wonderful. The classroom is small, but filled with educational toys and activities. The kids bring slippers to wear each day. And, when Cassandra had a little accident, no one was overwhelmed. The owner of the school talked to me for quite a while and we found that our approach to education is similar.

But, the whole time we were there, Cassandra didn’t warm up to the people. There weren’t many children, since it was a Saturday. The adults were interested in observing her and her abilities. She felt uncomfortable and spent a lot of time hiding behind one of us.

Then, she was invited to go outside. Her first step out of the door, she met the ducks. They were playing in their bucket of water. Cassandra was thrilled. She followed them as they walked toward their pen. And there, low and behold, were more farmyard fowl. She stood at the pen entrance and chatted away.

It wasn’t long before she found the pigs in their pen. She squatted down so she could communicate nose to nose. The pigs were thrilled with the attention she gave them and she was no less enamored. Finally, someone pointed out that there was one pig who was roaming the grounds. They pointed Cassandra in her general direction and it was love at first sight.

Cassandra and Sarsaparilla, a little potbellied pig who normally lives in the school itself, talked and hugged and played. Cassandra took Sarsaparilla to meet her other pig friends. Sarsaparilla took Cassandra to meet the chickens. Cassandra even met Sarsaparilla’s favorite human (the one who brings the food). For the first time that day, Cassandra warmed up to one of the adults, chatting to her about the pigs. Obviously, if the pigs thought this human was okay, then she must be trustworthy for little girls, too.

It looks like we found the school for her. Now, my only worries are will she make friends? Will she be okay in the classroom? Will the other children be mean to her? You know, normal mom stuff.