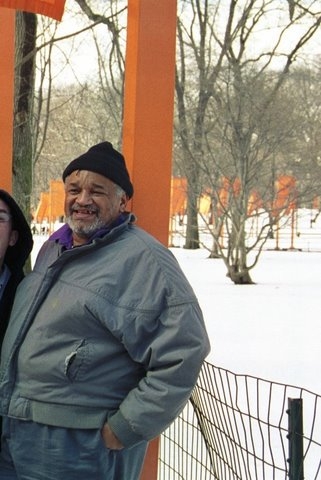 Norman Thomas, one of the founders of the Baltimore Gay Alliance (BGA) and Gay Community Center of Baltimore and one of the first African Americans to own a downtown gift shop, died at Mercy Hospital on October 25th from MRSA, a virulent, antibiotic resistant staph infection.  He was 66 and a lifelong Baltimore resident.

Norman was one of a core group of men and women with roots in the anti-Vietnam War, civil rights, and early women’s movements, who came together in 1975 to form BGA, a single purpose gay rights organization that lobbied in Annapolis for repeal of the sodomy laws and job protection legislation, organized dances at the Johns Hopkins University Glass Pavilion, and provided services such as a switchboard and speakers bureau. BGA was somewhat unique among 1970s gay rights organizations that tended to be white male dominated.  BGA’s executive board was comprised of a significant number of African Americans and women a fact for which Norman took some measure of pride.

Norman served as BGA’s Treasurer and member of its executive board from its inception. He was one of the first on the executive board to recognize that the small fee charged to attend BGA dances could serve as seed money to fund other services. As a result, in 1977 he joined a majority of the executive board in voting to spin off the social, health, and educational work of the organization to form a not-for-profit corporation, the Gay Community Center of Baltimore, Limited, now known as the Gay, Lesbian, Bisexual and Transgender Community Center of Baltimore.

Norman served as the first Treasurer of the Community Center and was a member of the Board of Trustees. He held the positions of Treasurer and Trustee for more than six years.  Through his common sense business acumen, he helped the fledgling Community Center balance a meager income to pay the growing list of bills. He shepherded the Center through its first financial crisis when it was forced to pay the Baltimore World Trade Center what seemed like an astronomical sum of $5,000.00 for damage to carpet that occurred during a fund-raising dance. He kept the books sufficiently in balance to enable the Center to obtain a mortgage to purchase the Chase Street Building that remains the organizations headquarters to this day.

Norman was aligned with those on the Community Center’s board that viewed the organization as an all-purpose provider of services to the LGBT community controlled by the members. He supported efforts to expand the switchboard, open a health clinic, and publish a newspaper. He was a staunch ally of Harvey Schwartz, the Center’s first executive director, and worked closely with him in locating the Chase Street building. Schwartz said of Norman, “[h]e was the perfect treasurer for the Community Center because of his innate integrity. No one ever questioned where the money was or where the money went.”

Norman lived without apology as an openly gay man his entire life, even before Stonewall and gay liberation.  He was a well known and much beloved presence at the bars, parks and other places frequented by gay men. He experienced the oppression of police entrapment, something that continues to occur despite gains made by the LGBT community. However, he never let negative experiences dampen his gay spirit and exuberance.

For 15 years, Norman was the proprietor of the Artisans, a high-end china and gift shop located on Hamilton Street in Mount Vernon. The shop opened in the 1920s and Norman worked there from the 1960s until he purchased it in the late 1970s.  At that time, he was one of the first, if not the first, African American downtown shop owner, and he was featured in an article in the Baltimore Sun. He was an expert on imported china and silverware and regularly attended trade shows in New York City to keep up on current trends.

After he retired from retail, he volunteered with Experience Corp as a teacher’s aide at several city schools. He found this work most rewarding and was devoted to the children. He would often speak about his efforts to teach children tricks to learning. While assigned to Barclay Elementary School he organized a chess club for the children.

During the 1990s, Norman volunteered at the Arena Players. He worked behind the scenes on several productions directed by Ed Terry.  He also appeared there in the Terry directed production of Carmen Jones where he played the part of the foreman. He also appeared in the Ossie Davis musical Purly in the male chorus.

Norman was raised by his cousin Sara and her husband in Turner Station. The family moved to Baltimore City when he was in his early teens and he graduated from City College High School in 1960. While at City, he was an accomplished member of the Glee Club.  He also was a member of the chess club. During the late 1950s and early 1960s, City was a mostly white high school.  Norman was part of the small group of black students that helped integrate the school in the early years following the US Supreme Court’s ruling that segregated schools were unconstitutional.

After graduating from City, Norman attended the Maryland Institute College of Art. He had an eclectic taste in art, music, dance, and theater. He enjoyed playing classical music on his piano and attending the Baltimore Symphony. He was equally comfortable hearing a Beethoven symphony or seeing popular and rock performers such as Stevie Wonder, Bette Midler, Janis Joplin, Leon Russell, Bob Dylan, and Donna Summer.  A special favorite was Dan Hicks and the Hot Licks.

Norman was also an accomplished weaver and knitter.  He had a full-sized loom on the second floor of his shop where he would spend many hours weaving beautiful fabric. In later years he gave up the loom for knitting and provided friends with blankets, sweaters and scarves.

As a youth and young man, Norman loved to figure skate. He frequently skated at the Stadium Ice Rink. Although he was a large man, he was very graceful on the ice. He looked forward to watching the US and world figure skating championships.

Although an only child, Norman is survived by many first and second cousins, including City Council President Stephanie Rawlings-Blake. His mother, Rose Thomas, the cousin who raised him, Sara and her husband Tom, and his Aunt Mary Young, with whom he was especially close, predeceased him.

Norman also leaves behind many friends. He had a special relationship with Nick, who died 10 years ago.  He had a many years friendship with Preston (Rusty) McLaughlin and was godparent to his children. He was particularly proud of Rusty’s daughter Starr, who is a graduate of Coppin State University and a nurse at Johns Hopkins Hospital.

In reflecting on Norman’s life, Jeffrey Clagett, a friend and writer for Baltimore Outloud, said, “I will always remember Normanda’s twisted sense of humor and teasing laugh. He once described to me getting on a bus and seeing other passengers gawking at him like he had a fish on his head! I will miss him dearly.” An especially close friend of recent years, Norman Sydnor, Jr. said, “Once in a while someone comes along, who just naturally makes you feel a little happier, a little more alive. Norman was that someone. He gave me a new prospective on a lot of things, including me.”And lifelong friend William Honey Washington said “Norman lived his life with sincerity, passion, and commitment tempered with inventive humor whimsy and daring. For 50 years, staring in high school, he gave me the precious jewels of friendship, love, and compassion. I will . . .remember him every time I see a piece of fine crystal, bone china, or fine art, and every time I hear a piece of fine music, especially Mozart and Bach, his favorites. He continues to live in my heart. . .” Baltimore Outloud Editor Jim Becker, a friend of more than 40 years said, “Norman had such a good spirit. He never dwelled on the negative and looked for the best in people. Even during periods of poor health, he never became despondent and was always ready to enjoy the next good time.”

A celebration of Norman’s life will be held on Saturday, November 15th at Chase House, 1022 Cathedral Street.  Friends will gather in the Multi-Purpose Room at 11:30 and walk to the GLCCB Building, 241 W. Chase Street. There candles will be lit in recognition of Norman’s work on behalf of the Center and the LGBT community and the group will march back to Chase House for the remembrance.

Stop all the clocks, cut off the telephone,
Prevent the dog from barking with a juicy bone,
Silence the pianos and with muffled drum
Bring out the coffin, let the mourners come.

Let  aero planes circle moaning overhead
Scribbling on the sky the message He Is Dead,
Put crepe bows round the white necks of the public
doves,

He was my North, my South, my East, my West,
My working week and my Sunday rest,
My noon, my midnight, my talk, my song;
I thought that love would last forever; I was wrong.

The stars are not wanted now: put out every one;
Pack up the moon and dismantle the sun;
Pour away the ocean and sweep up the wood;
For nothing now can ever come to any good.