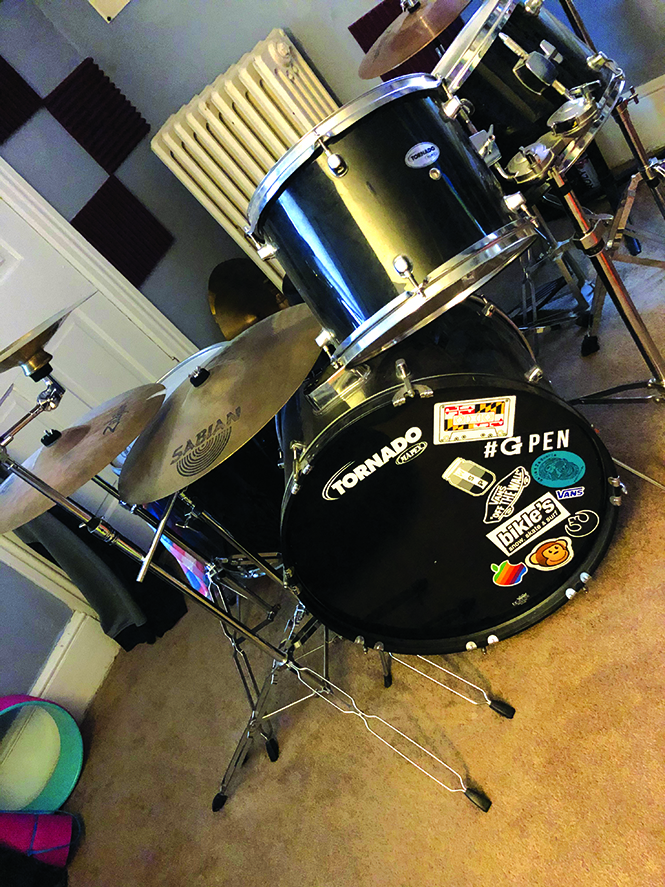 During one of my weekend trips with my baton teacher to a competition in Ohio, my parents sent me with a Rush cassette for my Walkman. It was Permanent Waves, and I rewound “The Spirit of the Radio” so much the tape was ruined by the time I crossed back into Maryland the next evening. I want to say that Rush – specifically, Neil Peart – is the reason I became a drummer, mediocre or not. But honestly, I don’t remember a time when I didn’t want to play the drums. I’m a second generation band geek, the child of a former flutist, someone who grew up literally counting the days until I could begin my own band career. Neil might not have influenced my specific path as a musician, but as a drummer and a hearing-able person, I cannot deny the talent that we have lost this past week.

My friend from college sent me the Rolling Stone article about his passing about five minutes after I had read about it myself on another site. When my wife and I first started dating, I was in the midst of a Rush phase. Like most people with eclectic tastes ranging from hip-hop to indie and hitting every genre except country (I pass no judgment – I just can’t get past the twangs) I go through cycles of rediscovering entire varieties of music. Rush, while an impeccable band, is not something I can listen to consistently, if for no other reason than listening to Peart play around a set with four times the pieces of my own, sounding as though sextuplets across a myriad of toms is child’s play, leaves me pondering chopping off my own useless hands.

It took me almost an entire season to learn to play “The Spirit of the Radio,” and when I tried to learn “YYZ” afterwards, I had to restrain myself from hurling my drums out the window. I have a wonderful sense of rhythm, which balances out my horrendous vocal and melodic abilities. If you were not aware, we lost a musical deity. The same cancer that claimed Senator John McCain took the best musician from Canada, despite how many drag queens are going to skewer me for skipping over Celine Dion. My back has been hurting too bad the past two days since his passing for me to attempt to play through some of my favorite Rush tracks in a badly-sounding homage, and instead I’ve scoured the internet, watching every video and recording of Peart playing that I could find. Honestly, it has been a better tribute than me floundering every other measure and chucking sticks across the room in defeated frustration.

Peart was not just the drummer, he was also the primary lyricist for Rush over the course of their multi-generational career. If 40 years of evolving rock music does not speak to you, I encourage you to simply peruse through the catalog of lyrics that he left with us. Hitting topics ranging from adolescence to death to love, life, and the struggles of fame, Peart’s written words have messages for all of us, even awkward queer people struggling to find their own voice. “Know that your place in life is where you want to be…. Carry your head above the crowd, and they won’t bring you down.” If that is not a “let your rainbow flag fly as proud as the sky” mantra, I don’t know a better one. Tattoos are my way to memorialize people, and I can honestly say, I am going to have a struggle of a time picking out just one set of words from a man who had the musical prowess, lyrical genius, and just sheer talent and tenacity that Peart had. For now, I will simply say rest well Neil, your music will definitely cause my future kids to wish their dad would just listen to his music with headphones, and not loudly throughout the entire house.