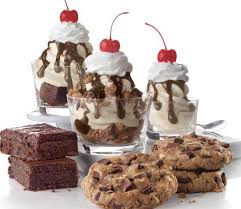 When I was in the process of getting my prescription for Testosterone, the last thing on my mind was the side effects of changing the complete hormonal balance of my body. The potential complications, many of which I should have genuinely taken seriously; were completely overshadowed by the idea that I would no longer stare at my friends with the envious gaze of someone who wanted a beard more than anything else in the world. It is an awkward time where people assume you are fourteen and you spend time angling your face in a way that gives your voice the deepest timbre possible. When I realized much of my discomfort with hiding parts of myself ebbing away as my body adjusted to a new hormonal balance, I felt a sense of relief. As someone who grew up with eclectic tastes that varied from an intense love of Star Wars and Mystery Science Theater 3000 to making sure I had the best bracket come every March, it was a relief Asher could freely enjoy his hobbies in a way that Amanda never could.

And then something terrible happened. Around three months, I found myself craving sweets; a shocking and horrifying revelation. See, for my entire life I have abhorred sweets. I had zero taste for chocolate milk, dark or white. And on my birthday, I enjoyed funfetti cake, not for taste; cake is too sweet, but simply because looking at it was fun. Call my parents, my brother has the sweet tooth, I was content to let sweet things end at fresh fruit. The amount of people who have given me a look reserved for finding a cockroach in your home when I announced that I did not like chocolate could pay for top surgery.

But here I was, hiding in my kitchen and shovelling donuts, ice cream, snack cakes and dipping my finger into an icing container and greedily wolfing it down. Me, a grown adult man hiding in my kitchen and eating sweets. I could not let my wife know, it had been her dream for our entire relationship to get me to enjoy a brownie or sundae with the same appreciation I reserved to opening a new video game and seeing the opening credits for the first time. It was not that I was ashamed, I was mortified. I had spent 26 years of life with a steadfast belief that not only was chocolate gross in taste, but that everyone else was wrong in thinking it was not. I had built myself a large soapbox from which I had looked down on everyone else’s sugar dependence and felt rather smug.

I made it two months. Let me rephrase that, I made it two months before she called me on it. I am pretty sure the fact the snack cakes were gone in half the time as usual clued her in. Was she mad that I tried to hide it from her? Absolutely, for just the length of time it took for me to suggest we go out for ice cream. There is something about the way cookie dough and vanilla go together that I never appreciated until now. It really is a magical thing.

And here I sit, a year and a half later and while I managed to kick my liter a day of soda habit, I do not think it is worthwhile considering cinnamon rolls, cherry vanilla ice cream and the sugar cookies with the crystalized sugar on top have replaced it. I guess the only flipside is, since I have all the energy of a child immediately after shot day, I can fool myself into thinking it balances out if I run for three days out of fourteen. At least now I have something to snack on while my television carries me to a galaxy far, far away.