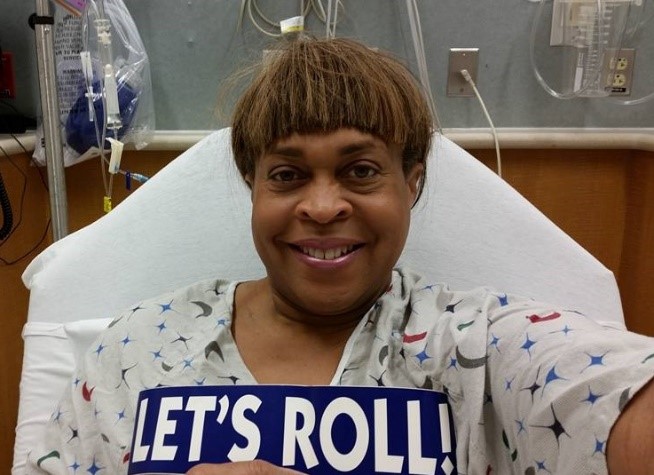 WOW, I am so excited to say that coming up on April 8, 2020 will be my fourth year Anniversary from having Gender Conformation. I can honestly say without a doubt I would never turn back, and I am 200% Happier than I’ve ever been in my life. On October 1, 2010, I went full time with my transition living as a woman 24/7, but there was still something missing in my life that needed to be done. Having Gender Conformation at the time was very important for me to have. Normally a Transgender person must wait a year after they transition living as the opposite sex. After my transition God placed it in my heart to wait five years to have the surgery, which I am glad I did. My plan was to take a loan out of my TSP in five years to cover my surgery. In waiting the five years to have my surgery what would have cost $45K, it was only $450.00 for my co-payment. WOW, “Let’s Roll”, my Gender Conformation for surgery was scheduled for April 8, 2016.

After my surgery, on April 25, 2016 I was interviewed by ABC2 News out of Baltimore, MD about my life. I was very happy about having my surgery, so if I had other surgeries later no one would know I was Transgender. In the past whenever I was under anesthesia, I was always wonder before I had my gender conformation is what the operating team was thinking when they saw I had male genitalia. Now when go to drill and staying overnight, going to the fitness center, or the pool, etc., I don’t worry about someone seeing me. Although women are very self-conscious of their bodies, this is still one stress I didn’t have to worry about anymore. Some of my coolest things to wear now is a bathing suit without the skirt, tights, yoga pants etc. My happiest in life right now, is I feel great about my body.

There are some challenges I have face now since my gender conformation, and that is using the lady’s bathroom at concert, sporting events, and movies with long lines that go out the bathroom door and down the hall. Before I sit on the toilet to take a pee, I have to wonder is the toilet seat wet or is there toilet paper. I used to wonder when I was married why my ex-wife would go through so much toilet paper, and now I know why. My life is not like it used to be when I had male genitalia, I could just shake it and go. Now I must wipe and if I do both, it is having to use more toilet paper. For those who don’t understand, for women or post-op Transwomen we must use more if we do both number one and two. We must wipe forward for number one and wipe back for number two. The challenge for me now after 45 years in learning something one way when I was male and having to learning a new way to wipe as a woman. The worst for me now is if I must take a pee bad is having to just un-zip and pee, rather than un-zip and pulling down my pants. Oh, and the really bad thing as a woman having to pee and you are in the car traveling on a trip, you can’t just pee behind a tree or in the car with a jar, LOL. In all this change in my life, I wouldn’t change a thing.

Sometimes now, coming up on my fourth-year celebration of Gender Conformation I still have these “Aha Moments”, that I had the surgery, and I am a full woman being my true self. My life now is a dream that has come true.

You can find me at kkholmes@kkholmes.com or visit my personal website at http://www.KKHolmes.com In my next article I’ll talk about “Being Loved By The Church”. Until then Shoot for the Moon and even if You Miss, You’ll Be Among the STARS!